How to Succeed in Business Without Really Trying 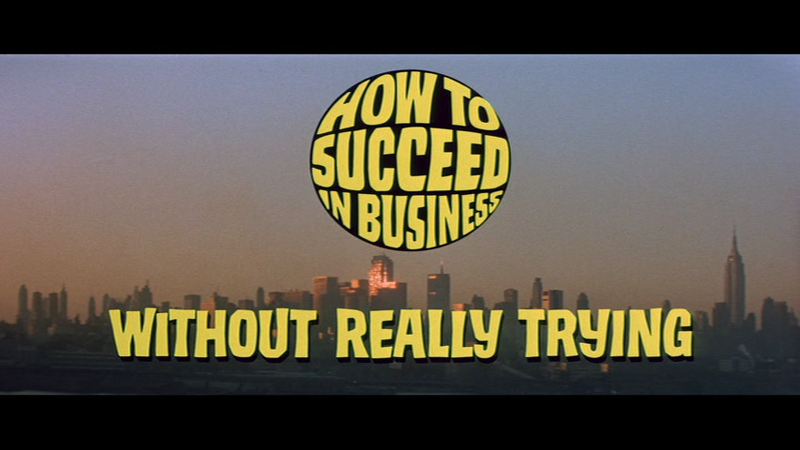 
The Movie
The problem with a film where the plot sees its hero push forward with success through either luck or favor is the lack of genuine conflict. That's exactly the issue when it comes to J. Pierpont Finch (Robert Morse) and How to Succeed in Business Without Really Trying. Starting out as a window washer guided by the titular book, Finch climbs the corporate ranks by either manipulating those above him by appealing to their greed, self-absorption or stupidity or taking advantages of mistakes and coincidences. At some point, however, the end game becomes obvious and the fun starts to leach from the experience, as the drama decreases and things become unfortunately predictable. Once characters establish that they are susceptible to Finch's masterful manipulations, the precedence is set and the only thing left to do is see how he pulls off his tricks again.

Stretch that out over two hours and one's patience becomes well-tested.

This is a musical though (based on the Bob Fosse-choreographed, Tony-winning Broadway show) which means there are a number of song and dance numbers to help pass that somewhat lengthy runtime a bit more enjoyably. There's not that big, breakout number though, with most of the songs, like "I Believe in You" and "Brotherhood of Man" falling firmly in the pleasant range, rather than remarkably memorable, humming-it-as-you-leave-the-theater great. A few flirt with that level of quality, like the opening "How To" or the adorably classic-Broadway tune "Been a Long Day" (which gives Kay Reynolds' crush-worthy Smitty a spotlight), but for the most part, the songs are better noted for their orchestral instrument arrangements than the sum of their parts. There's nothing wrong with the performances, but the songs just don't have that "it" factor. 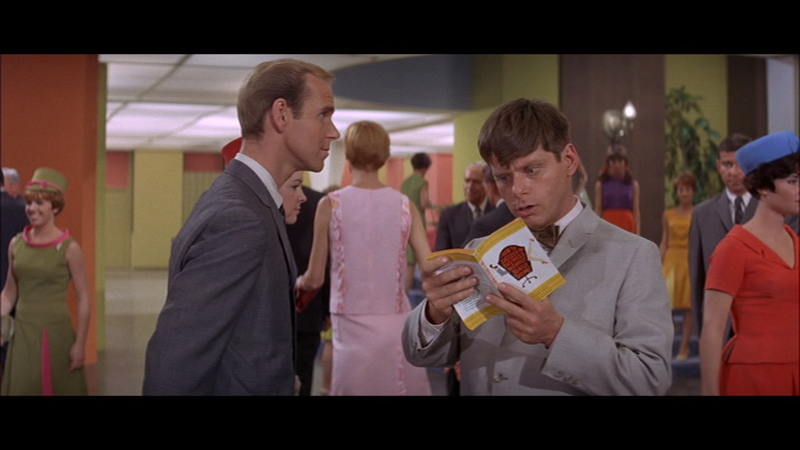 Speaking of performers, the cast has a lot to like throughout, starting with Morse, who vacillates between gosh-gee goofiness and near-villainous scheming with fascinating ease. Part of it is his look, with his unkempt hair and gap-toothed smile, but his almost-cartoonish control of face and body is what truly sells the effect. Michelle Lee, playing Finch's main cheerleader and would-be paramour, could be just as good if given more of a part to work with, but what's there is certainly enjoyable, as she acts as the power behind the climb to the throne. Meanwhile, Rudy Vallee (better known as the megaphone-wielding, early 20th-Century teen pop star) fits the part as the buffoonish head of the company Finch aims to conquer, Maureen Arthur plays a perfect airhead as Hedy Larue, and Anthony Teague serves up a proto-Moshe Kasher as Bud Frump. If only they had cut the songs and pumped up the plot, the acting could have carried the film to comedy success as a satire of 1960s corporate culture.

Written and directed in adaptation by David Swift (the TV veteran who brought us The Parent Trap), the film has all the hallmarks of a Broadway musical, with full-cast dance numbers like "A Secretary is Not a Toy" and monologue-like solo songs, but the film feels like too much of a literal adaptation of the stage source, rather than a film that takes full advantage of the possibilities of cinema. Except for the few moments when the movie steps outside the offices of World Wide Wickets, the feel that the film is shot in a studio, and all the constraints and artificiality that brings is hard to shake. Yes, there are laughs to be had and there are some clever moments of absurdity and surrealism, but the film as a whole feels too loyal to the genre to really reach the heights it's capable of. 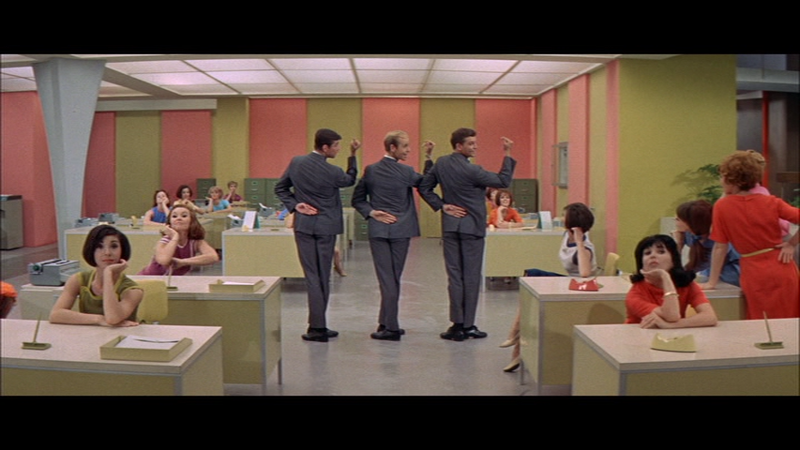 The Disc
Another entry in Kino's delightful Studio Classics line, How to Succeed in Business Without Really Trying arrives on one DVD, packed in a standard keepcase with the film's simple poster art on the cover. The disc has a static menu with options to watch the film, select scenes, adjust languages and check out the extras. There are no audio options, but subtitles are available in English.

The Quality
How to Succeed in Business Without Really Trying received a limited Blu-ray release earlier this year, courtesy of Twilight Time, so this DVD was bound to pale in comparison, but the anamorphic 2.35:1 transfer here has plenty of juice in its own right, giving full life to the film's candy-colored palette. The level of fine detail is quite good for standard definition, and there are no concerns about dirt, damage or digital distractions. Everything about the image works in the film's favor.

The audio arrives with a center-balanced Dolby Digital 2.0 track, which gives Nelson Riddle's wonderfully era-appropriate tunes the delivery they need, while dialogue is solid, showing no signs of distortion and enjoying good separation from the film's music and sound effects. There's a good weight to the audio across the board.

The Extras
While Twilight Time's Blu-ray offered up a music-only track and a pair of good-sized interviews, the only extras here are a quintet of trailers, including How to Succeed in Business Without Really Trying, A Funny Thing Happened on the Way to the Forum, The Russians are Coming, The Russians are Coming, Dr. Goldfoot and the Bikini Machine and Buona Sera Mrs. Campbell. 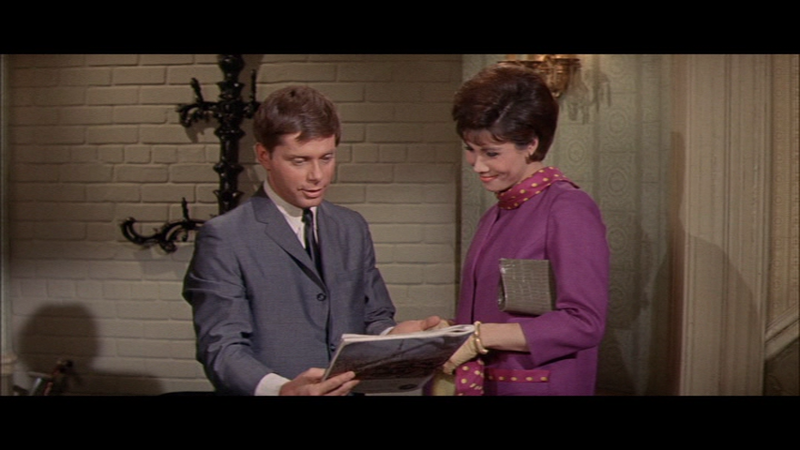 The Bottom Line
With plenty of dancing and a healthy amount of songs that will remind you of the classic era of Broadway, How to Succeed in Business Without Really Trying is a throwback musical, likely to best appeal to the genre's core audience, though there's a lot to like about the cast and the colorful sets. Kino Lorber's presentation does a nice job with the material, though the extras are limited to a handful of promos. If you enjoy old-school song and dance flicks, there's no reason to think this film won't do the trick, but give it a look before diving in with a purchase (especially with that Blu-ray out there in limited quantities.) Francis Rizzo III is a native Long Islander, where he works in academia. In his spare time, he enjoys watching hockey, writing and spending time with his wife, daughter and puppy.Follow him on Twitter