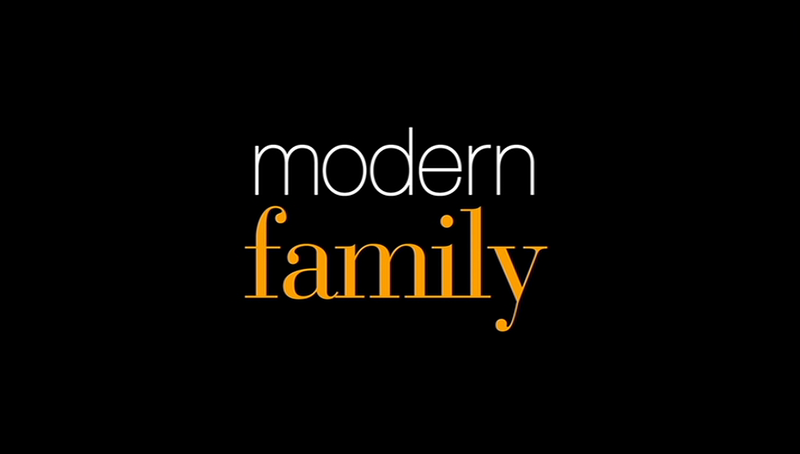 
The Story So Far...
Telling the story of three generations of the Pritchett clan, centered around Jay (Ed O'Neill) and his kids Claire (Julie Bowen) and Mitchell (Jesse Tyler Ferguson), and their respective families, Modern Family was, for all intents and purposes, an instant hit with critics and viewers (earning five Best Comedy Emmys in its first five seasons.) A single-camera sitcom without a laugh track, this mockumentary series (complete with talking head interviews with the family) blends together three types of relationships and the laughs and struggles that come with them, with a heaping helping of heart, to create a genuine feel-good show with a good amount of laughs. The first seven seasons have been released on DVD (with the first few also available on Blu-Ray), and DVDTalk has reviews of the majority of the releases.

The Show
Watching the eighth season of Modern Family brings one word to mind: comfortable. The series has settled into a nice spot where you know what to expect from each character and you have a decent idea about how a particular episode will work. Occasionally a joke will surprise you and get a laugh, but, for the most part, it's just going to be an amusing half-hour with characters you've come to like. There's nothing wrong with that, but it's also the reason why sitcoms don't normally run for too many season. Eventually, it feels like you're going through the motions.

Though it's been a part of the show for a few years now--ever since Haley (Sarah Hyland) first left for and then returned from college--the looming adulthood of the Dunphy kids has come to full bloom now, as this season centered around Luke (Nolan Gould) and his final year of high school (along with that of his uncle Manny [Rico Rodriguez].) With the kids growing up (yet somehow still constantly homebound), Phil (Ty Burrell), Claire (Julie Bowen) and Gloria (Sophia Vergara) are dealing with the emotions of watching their children becoming adults (while Jay [Ed O'Neill] is in more of a been-there, done-that mode.) Now that the only kids are Cam (Eric Stonestreet) and Mitch's (Jesse Tyler Ferguson) Lily and Gloria and Jay's toddler Joe--the two least intriguing characters and least natural actors on the show--one wonders where the show goes in season nine. 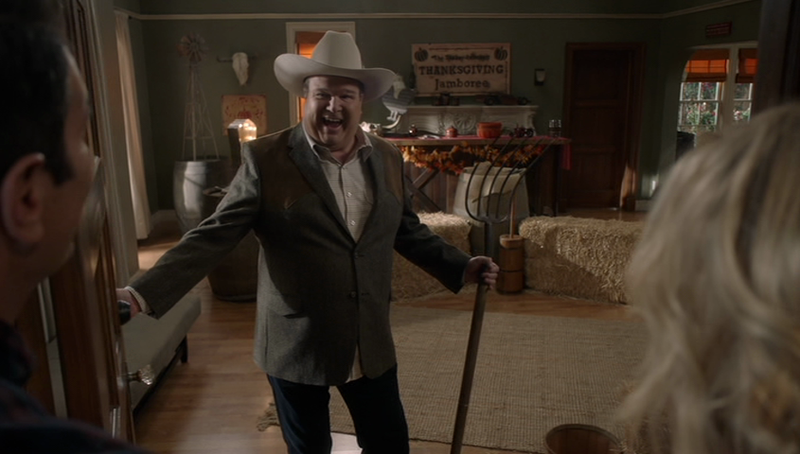 Looking at the character arcs in season eight--including Haley's career explorations and romantic entanglements (with an older weatherman played by Nathan Fillion), Alex's struggles at school and Jay and Phil going into business together--it feels like a lot of familiar ground is covered, which is not surprising. If you're not going to completely reinvent the show, and there's no natural plot-motivated way to change things up, eventually family life has a way of repeating itself. As such, we get the return of characters from previous seasons, like Elizabeth Banks' party girl Sal, Matt Besser's depressed neighbor Jerry and Stephanie Beatriz' revenge-driven Sonia, as well as Phil and Claire's sexy Valentine's Day alter-egos. In fact, one episode even returns to the episode-ending moralizing of earlier seasons (which makes it clear how that feature is not missed at all.) However, the show remains tightly written, with intertwining plots and clever wordplay, so even the same-old is worth watching.

Once is a while, the show will break out an episode that reminds you of why it boasts so many awards and eight seasons of television. One, which sees Gloria, Phil and Cam form a secret alliance, is great fun and has a late-game twist that reveals some very smart writing, while another follows Cam and Mitch--high on sleeping pills--as they try to navigate a rescheduled flight, to great enjoyment. Fillion is a positive addition as a guest star, as are the increased appearances by Joe Mande as Claire's assistant Ben, while Niecy Nash, Jane Krakowski and Vanessa Bayer pop by to bring more laughs to the show. All told, in its eighth season, the show is still better than most sitcoms, but it's not going to be one that fans turn to for repeat viewings. 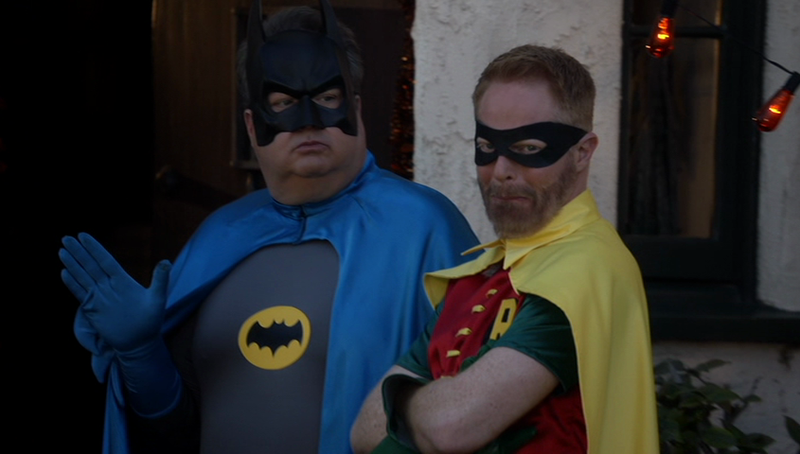 The Discs
The 22 episodes of the seventh season of Modern Family are spread across three DVDs, which are packed in a clear standard-width keepcase with a dual-hubbed tray. Though the discs auto-start, the animated menus (which FOX has kept impressively consistent for eight years) features options to to play all the episodes, select shows, adjust the setup and check out the extras (if applicable). There are no audio options but subtitles are available in English SDH, Spanish and French.

The Quality
These standard-definition, anamorphic widescreen transfers look good, with appropriate saturation and skin tones, and a solid level of fine detail, but they don't approach the look of the show's HD airings. Part of it is the fact that there are 22 22-minute episodes stuffed into just three discs, but despite that, there's nothing obvious in terms of digital distractions. The discs provide a pleasant viewing experience.

The story with the Dolby Digital 5.1 tracks is the same as it's been, as the jazzy theme song is the most noteable audio demonstration, while dialogue is the key for the rest of the episodes, with the center channel getting the bulk of the responsibilities, while the surrounds provide some support in crowd scenes or the rare musical accompaniment. A solid, if unspectacular presentation that does what's necessary.

The Extras
The bonus content on Modern Family DVDs has been on a slow slide downward over the years, but this year the axe fell hard. There are 13 deleted scenes to watch, running 6:01 in all. It's mainly quick, throwaway bits that weren't missed in the final episodes.

Then there's a 6:52 gag reel, not unlike the piece for season seven. This well-edited featurette blends best-of clips, dancing and bits of silliness to create a feel-good look back this this set of episodes. 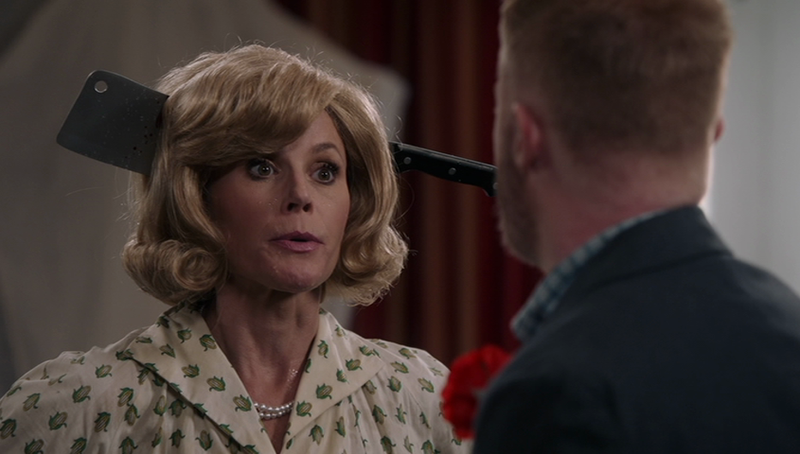 The Bottom Line
There are a few episodes in this season that stand out as examples of Modern Family at the peak of its powers, but overall, thanks to familiarity with the characters, the show has settled into a level where it's comfortably enjoyable, but no longer as funny as it was in earlier seasons. FOX continues to deliver the shows in good quality, but has essentially given up on providing bonus content, so the episodes are your only draw. If you don't want to revisit them, owning isn't absolutely necessary.