In 10 Words or Less
The more crimes committed, the harder the BAU works. 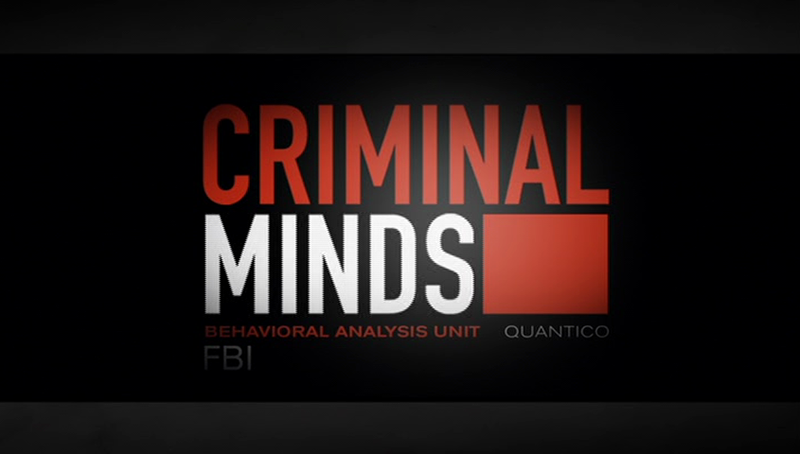 
The Show
My eagerness and anticipation of every new fall television season starts around mid-August when stations start giving out teasers of what to expect for our beloved prime-time shows. I wait each summer to see which shows are returning and which have gotten the boot and pray that the handful of my "old faithfuls" will still be around come mid-September.

It's not often that a television drama lasts beyond 5 seasons. Sadly, some are even pushing it when it comes to season 6 or 7 and the cast and writers have just simply run dry. Thankfully enough, that's not the case with Criminal Minds . This series has stood the test of time and after its inception in 2005 and now putting its twelfth season in the books, Criminal Minds stands among some of the great crime dramas. Aside from the Law and Order franchise, it's safe to say that Criminal Minds has made its mark and took its place in television history.

It's true that times, people, and even viewing audiences change, but what has held steadfast is the promise that every week, you will sit, completely captivated and glued to your television set when it's time for Criminal Minds to come on. 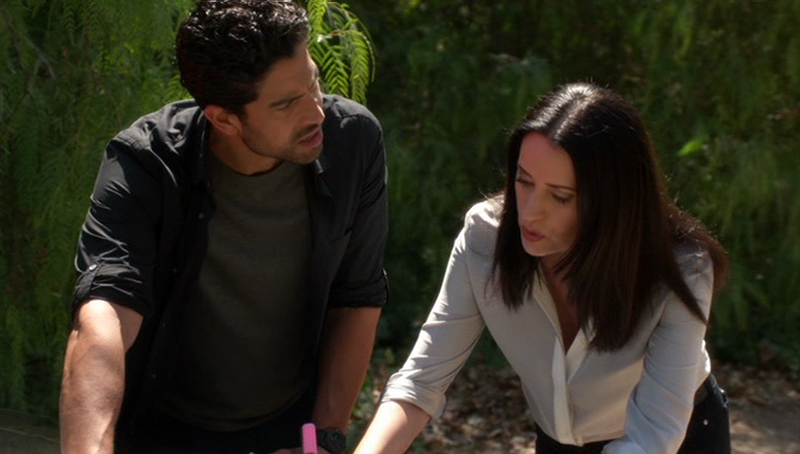 Because the series has been so centered around the BAU as a family unit, I was hoping we'd get away with one season without a cast member leaving, but sadly, we find ourselves are the "family table" with one less seat, though as it has it, not for long. The departure of certain characters is done so in a very fair and honest manner. It's only par for the course that as this series continues to grow, so does its cast list.

I've referred to Aaron Hotchner (Thomas Gibson) as the glue that held the BAU team together for eleven seasons, the constant beacon in the night to guide the agents towards the answers that they so desperately seek and to redirect the team when they've encountered a distraction. We saw less and less of Hotch last season and the trend sadly, but tastefully, continued into season 12 as the return of "Mr. Scratch" puts both Hotch and his son Jack's life in imminent danger.

I was devastated at the end of Season 11 that the Derek Morgan (Shemar Moore)/Penelope Garcia (Kirsten Vangsness) dynamic was over but understood that after so many years of watching family be torn apart by senseless violence, including his own, it was time for Derek and Savannah (Rochelle Aytes) to carry their new baby off into the sunset to live a safer, more predictable life. Thanks to a gift from the writers, the Season 11 finale was not the last of Derek Morgan, as they had us believing. Though Moore isn't coming back as a cast member, he does make several appearances that satisfy all who are part of the "Baby Girl" club, myself included.

With Derek's resignation and the workload amplifying, the BAU finds itself in need of more manpower to ease the load. That helps comes in the form of Supervisory Special Agent in-training Luke Alves (Adam Rodriguez.) A former Army Ranger and FBI Fugitive Task Force member, SSA Alves brings braun and spontaneity to the BAU that we haven't seen in awhile, as well as a new dynamic between Alves and Garcia. It's nowhere close to the chemistry that Derek and Garcia had, but it does invite a "Thank You" to the burning question of "what now" after Derek's departure. Viewers may remember Adam Rodriguez from his time on CSI:Miami as Eric Delko.

The writers of Criminal Minds love to play the "acquaintances from the past" game with adding characters and do so in a way that welcoming and refreshing. Brought in as a favor to Prentiss, Stephen Walker (Damon Gupton) assumes the unspoken, but evident role, of reviewing the Mr. Scratch case file as a new, fresh set of eyes, as well as lend to weekly group cases. With cast members assuming different positions amongst the group, we see both Dr. Tara Lewis (Aisha Tyler) and Emily Prentiss (Paget Brewster) take more of a leadership initiative as the season progresses, bringing their insight and professional experience to the table they soon are seen as an invaluable resource.

As the unspoken head of the BAU "family", David Rossi (Joe Mantegna) is one of those characters that you look forward to seeing each week. No matter the chaotic situation, the unraveling scenario or the indeterminable solution, Mantegna has the innate ability to look beyond the present, asses the options and bring closure. He's a fiery Italian who assumes the role of patriarch with pride, dignity and tenacity.

To my delight, this season has also seen its share of special guests, including Tatum O'Neal, Adam Nelson, Jeananne Goossen, Lara Flynn Boyle and Bodhi Elfman. In "4th Life" (4:08) the reprised role of Lindsey Vonn, introduced nearly 10 years ago, while Gia Mantegna brings a creative spunk to a rather unliked character. 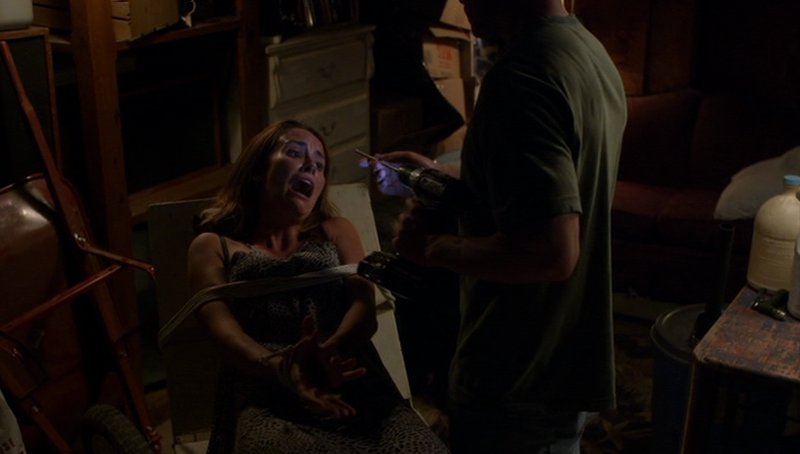 The DVDs
Shipped in a slipcase, the 22 episodes in this collection arrive on 6 DVDs in three clear, dual-hubbed ThinPak cases, with episode info on the back. The discs feature animated anamorphic widescreen menus with options to play all the episodes, select a show, adjust the setup and check out bonus features. Audio options include English Dolby Digital 5.1 and 2.0 tracks, while subtitles are available in English SDH. Not a thing different from the last few seasons.

The Quality
The visual representation of each anamorphic-widescreen episode is crisp, vibrant and full of bold colors. Lighting and detail are both impressive, even when the show is moving quickly. The images moves cleanly and there are no imperfections.

The Dolby Digital 5.1 tracks on this set do a fine job of reproducing the show as it sounded during its time on television. Front speakers catch dialogue, while the surround-sound speakers pick up background noise, special effects and background music. If you're not listening to this in surround sound, you're definitely missing you on the amazing experience it offers.

The Extras
As a commonality to the Criminal Minds dvd sets, Deleted Scenes (3:27) in this set with the indicated episode (a play all option is not provided.) As with most deleted scenes, some should have made it to the episode and some were better off to remain deleted.

The Gag Reel (4:57) as usual offers the viewer a chance to see their favorite character out of character with a flubbed line here, a slipped profanity there or the occasional, but always laughable forgotten line. In a series with such dark and disturbing storylines, it's refreshing to see the actors having a laugh every once in awhile.

I have to say, the writers certainly don't disappoint when it comes to the Special Features section of this dvd set. With an appropriately titled feature, "The Family Unit" (29:46), we get to delve into what makes a storyline work, what doesn't and how each member of the cast brings his or her own individuality to the series, utilizing their character and building the "family" bond even more.

As I've said before, I'm fascinated at how the writers come up with the storylines that they do, and I am in awe of how they develop that one small thought and grow it into a complete episode storyline. With special discussion from head writers, Breen Frazier and Erica Messer, "Director's Chair" (6:38), we are given the opportunity to understand how a director takes the writer's thought and brings it to life on screen. Over the twelve seasons, Criminal Minds has had critically acclaimed director's sit behind the camera lens. Many of the current cast have stepped behind the camera to bring a story to life.

As a special treat, "Victimology" (16:00) opens the discussion of why criminals do what they do and how their actions affect their victims and other involved. With some of the scenarios similar to actual real life events, the true understanding of a crime is only known through the eyes of the assailant and their victim.

In previous seasons, one character is singled and brought to the forefront of their current storyline. For season 12, Dr. Spencer Reid became the chosen one and I was thrilled to see him finally get the meaty, juicy, tug at your heart strings storyline that he's deserved. With the help of long time guest star Jane Lynch and best friend, J.J. (A.J. Cooke), we journey through "The Prisoner" (20:21), an depth look at who Dr. Reid is, how he thinks and truly, what he's made of. This season brought with it many surprises for fans of Dr. Reid. It was a well played performance from Matthew Gray Gubler, one we will likely forget.

When I came across my first "Commentary" feature, I asked myself two things, "why are earth would I want to rewatch this episode with someone talking the entire time" and "how am I going to be able to concentrate on the storyline with someone constantly talking the entire time?" I gave it a try and I have to say I was wasn't at all disappointed and have since enjoyed and welcomed an episode that contains a commentary from either a member of the cast, a writer or a director. This set contains only two commentaries, but I would have enjoyed a few more. I actually find myself more engrossed in the episode as I listen to the cast member or writer/director speak of their influences and reasoning behind the progression of a particular story. 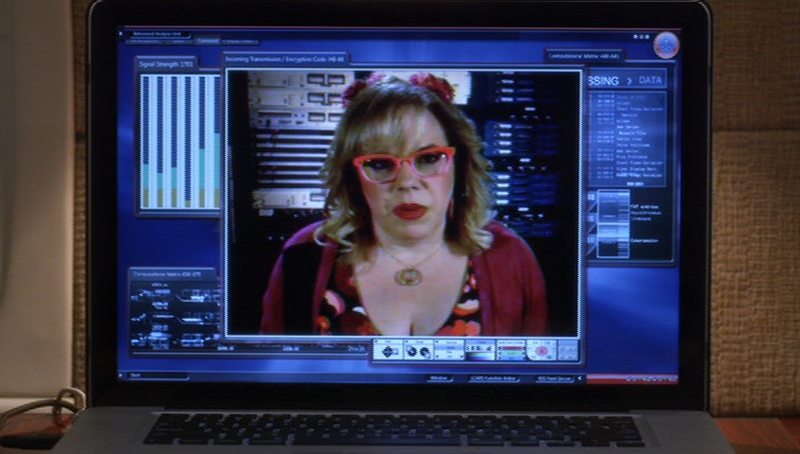 The Bottom Line
I'm not sure what else I can say about Criminal Minds that I haven't already gushed about. I love the cast, the development of their characters and look forward to the continued depth at which the writers dive to bring the unthinkable to life. I can only hope to see this series continue to thrive and eagerly await the next installment.