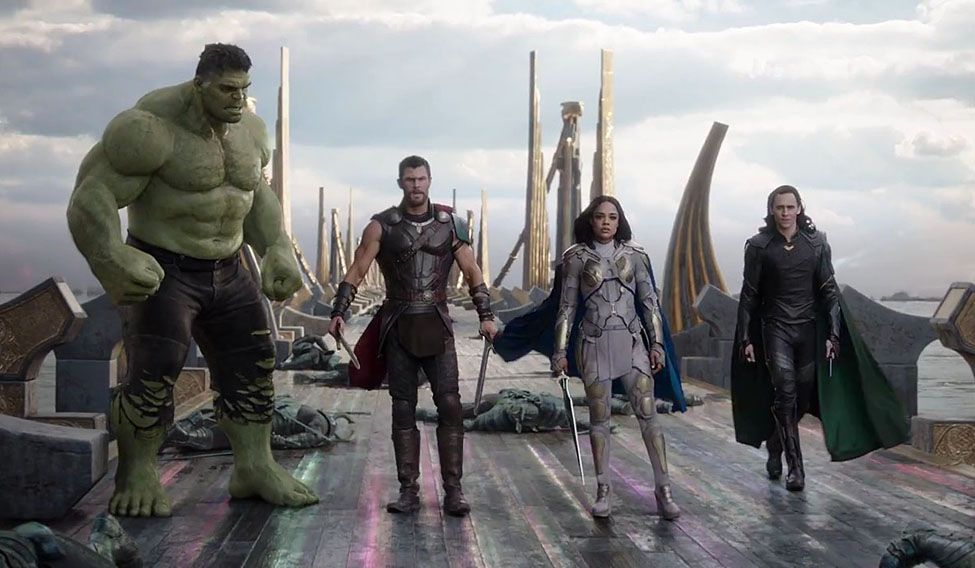 In an expanding Marvel Universe, the Thor films may be the weakest links. The Iron Man franchise was a great success, as was the Captain America franchise, and the Avenger movies have mostly held their own as well. Even the stand-alone origin stories like those of Ant-Man and Doctor Strange have succeeded, and we all know how giant the Guardians of the Galaxy have been. But the Thor character and his vehicles have been fairly weak; it was time for a punch in the arm. Enter a new director and a new attitude to set things right, even if they had to copy a bit from GOTG to do it. Doesn't matter, it's all the same world, share and share alike, the only thing audiences want is an entertaining evening, we don't care how you get us there. Ragnarok is the enjoyable movie we've been waiting for, and now we can enter into the Infinity War with complete confidence in victory.

After helping to save Earth a few times, the god of thunder Thor returns to his home in Asgard to investigate the source of recent calamities. There he finds that the end of the world, Ragnarok, is almost upon his realm, but he stops it before it can start by destroying Surtur, the fire lord. But the real threat is only on its way, and is far more powerful. As he dies, Odin reveals to his sons, Thor and Loki, that they have an elder sister, Hela the queen of death. Hela is freed from captivity by Odin's passing, and means to take control of Asgard, conquer the Nine Realms, and rule with an iron fist. Thor and Loki, though they do not trust each other, will have to work together to stop her. before she annihilates their people and brings chaos to the land. 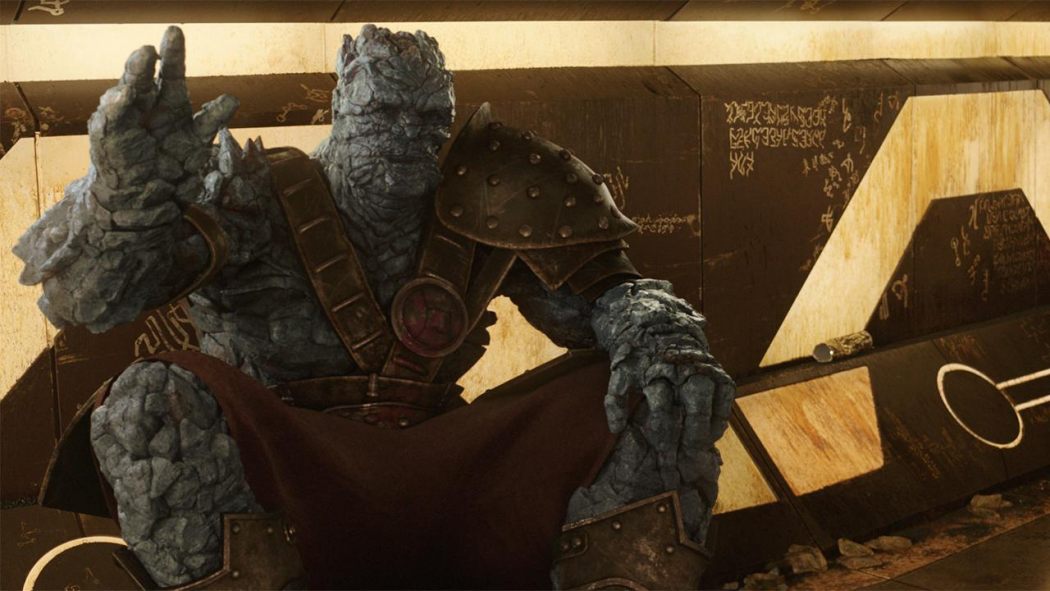 If you didn't know before now that Taika Waititi was a genius, it's not too late to jump on board the bandwagon. Those of us who have been here for a while will always feel a certain sense of superiority, but hey, that's just the way it works. The Kiwi Kid is a revelation, and his wacky, indie filmography speaks for itself: Eagle vs Shark, Boy, What We Do in the Shadows, Hunt for the Wilderpeople. So far he's been strictly under the radar, but that's all changed now, as he (almost) single-handedly saved a struggling film franchise. Waititi brought wit, humor, and the 80s in order to freshen things up, and did they ever; he even cast himself as perhaps the funniest character other than Jeff Goldblum, a rock monster named Korg. Taika deserves the credit for revitalizing this story arc, and I can't imagine anyone will be replacing him at the helm any time soon.

But it wasn't just one guy making this film a success, it works on a lot of levels, and its amusing positives far outweigh its obvious negatives. The action was super cool for a super hero flick, the music was spot of with a little Led Zeppelin to light the fire, Cate Blanchett was a kick-ass villain, we got a little Stephen Strange cameo to keep us curious, and Mr. Jeffrey Goldblum was perfection as the loco Grandmaster. So many pieces were asked to combine to make this newest Marvel addition succeed, and almost every one of them fit seamlessly. There were some problems, but nothing major that couldn't be glossed over. Hemsworth just isn't that funny, but he was the straight man more often than not, so it worked. Idris Elba, Tessa Thompson, Karl Urban, Mark Ruffalo, and Anthony Hopkins were all throwaway; they could have been replaced by any number of actors. And the film did borrow heavily from GOTG, but I'm not sure anyone really minded. Taken as a whole, you can't ask for much more in the way of entertainment and fun, so three cheers for all involved for stepping up to make the third time a charm.