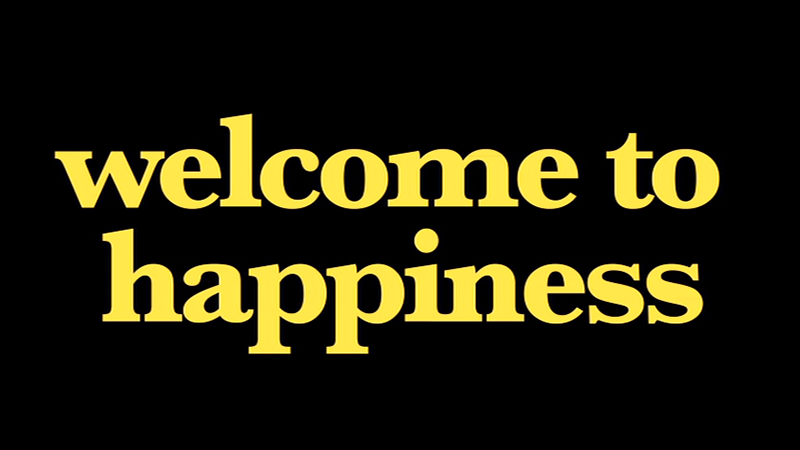 
The Movie
If you make a movie with Nick Offerman, Keegan Michael Key and Paget Brewster, there's a very good chance I will watch it. That's why you cast great, high-profile actors like this trio, even if they are filling small roles. You know what you are getting with them and what you're getting are quality performances that will raise the overall quality of the film they are in. That's the case when it comes to Oliver Thompson's feature debut, Welcome to Happiness. But take these three names out, and suddenly the film doesn't feel quite so impressive, despite having ambition and style on its side.

Children's book author Woody (TV vet Kyle Gallner) has a unique situation at home: randomly a dot-matrix printer will spit out questions, a stranger will appear at his door, and, if the questions are answered correctly, the person will enter a door in Woody's closet and disappear. That's the extent of Woody's understanding of the set-up, and it messes with him (along with an inability to complete a new book.) He is part of a web of interactions the film builds, including suicidal Nyles (Brendan Sexton), who, through a chance connection with a baseball-card collector named Ripley (Silicon Valley's Josh Brener), becomes connected to the offbeat Trudy (Olivia Thirlby) and eccentric Proctor (Key). There are a lot of coincidences and quasi-magical elements, not unlike Magnolia--only less subtle and less interesting. 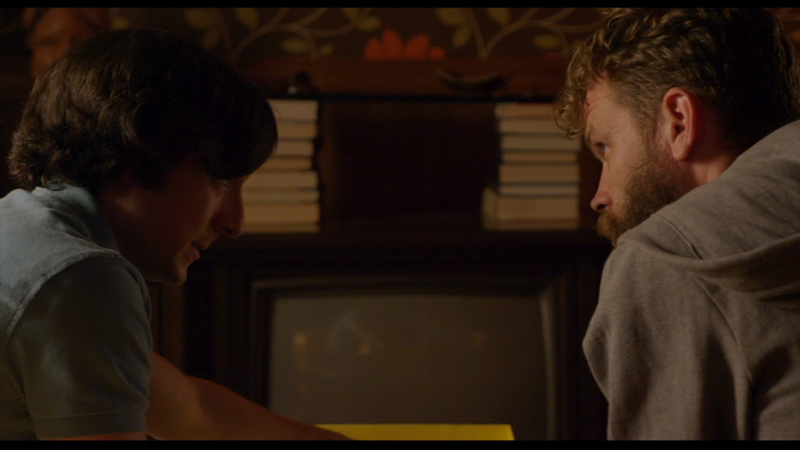 By the time all the connections are revealed and the story winds its way to its mildly satisfying, if somewhat foreseeable finale, Welcome to Happiness has probably lost you, thanks to a mix of awkward tone shifts, questionably-necessary story deviations and an amount of whimsy that's just too much to accept. After two viewings, it was still tough to keep a focus on the story, as the flow is simply not there. If you take the film apart and evaluate smaller portions of it, there's some good stuff, like the conversation between Brener and Sexton, Key's amped-up weirdo, or, importantly, Gallner's general character. But jam all these elements together, and it becomes a slog, and even makes someone as normally bulletproof as Offerman feel less-than-impressive (though perhaps the lack of facial hair has something to do with that.)

As the film's writer, Thompson has to take the hit for the scramble of the plot, but as director he can take some credit for the film's quality performances and polished overall look, even if that look may feel very familiar, as there's a distinct Wes Anderson-like atmosphere, with precise production design and camera movement (aided by DP Justin Talley.) Once in awhile, Thompson and company give in to the temptation to allow style to overcome substance (as in one gratuitous slow-motion shot), but for the most part the flourishes add to the experience. The Andersonian influence extends to the music as well, where Thompson served as composer and Peter LeClair provided the songs for the soundtrack. While the score fits well, the songs are aggressively prioritized in the film, attempting to position them as a storytelling device like in classic films such as The Graduate or, again, Anderson's movies, but this tends to instead draw attention to them and separates them from the film. Once more, it's an example of how the film struggled to pull together its ingredients into a single tasty dish. 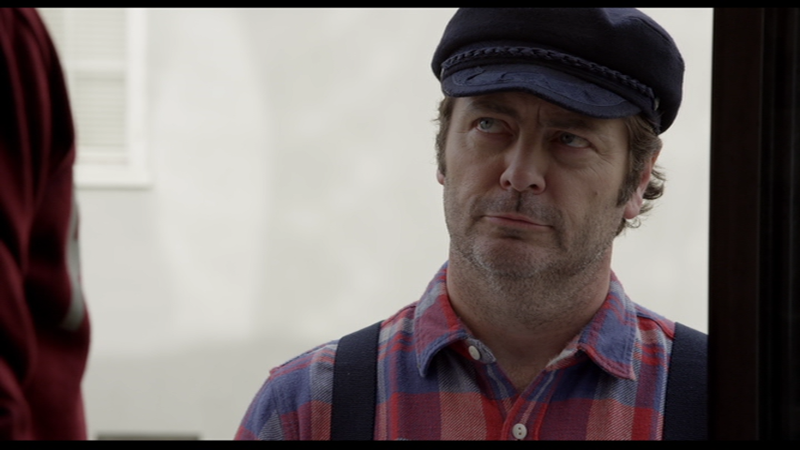 The Disc
Welcome to Happiness arrives on one DVD, packed in a standard keepcase. The disc has a static menu with options to watch the film, select scenes, adjust languages and check out the extras. Audio options include Dolby Digital 5.1 and 2.0 tracks, and while there are no subtitles, closed captioning is available.

The Quality
There are some very disparate looks in Welcome to Happiness, everywhere from the dimness of a somber apartment to a stark white void, and most things in between. The anamorphic-widescreen presentation on this disc handles it all quite well (for SD) with good color, solid fine detail and decent black levels. It's not going to blow you away. But there are no real concerns to be found either.

The Dolby Digital 5.1 track does a fine job of delivering the dialogue and music, with what's mainly a front-focused mix, with some spillover into the surrounds. Sound effects aren't particularly noteable, and the low-end isn't going to get much attention, but outside of an at-times heavy presence by the soundtrack, there's nothing to complain about with this track.

The Extras
The extras kick off with an audio commentary from Thompson, Talley, Sexton, Brener, and producer Bay Dariz. The track is a friendly, self-deprecating affair dedicated to joking about the performances, pointing out easter eggs and sharing stories from the set, along with a good deal of technical detail about the production. If you like the movie, it's not

There's also a 5:29 deleted sequence available to watch, a rather large segment to excise from a film, but it doesn't have a large enough impact to justify its inclusion in the movie. The scene has optional commentary by Thompson, who discusses why the scene was cut and talks about why it was a tough decision for him.

Also included is the 1:58 trailer for the film, which certainly makes it look like a film you'd want to watch. 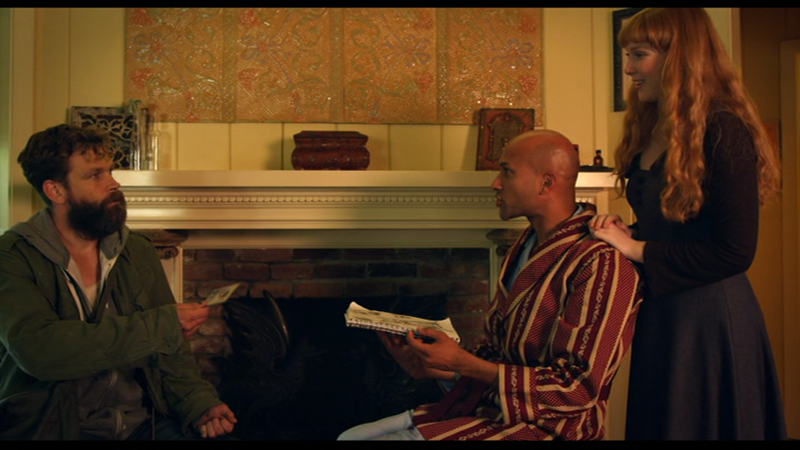 The Bottom Line
There are a lot of parts that would belong in a good film here, especially when it comes to the cast and the visual style, but they don't come together into a cohesive whole, thanks to a meandering, convoluted plot that gets tangled up in fantasy and emotion, making its nearly two-hour length feel longer than it is. The presentation here is solid and there are some extras to check out if you dig the flick, but there are other, better options for your time. Hopefully, Thompson has another crack at a feature, and works with a co-writer to tighten things up, or perhaps dials back the ambition to create something more manageable. Francis Rizzo III is a native Long Islander, where he works in academia. In his spare time, he enjoys watching hockey, writing and spending time with his wife, daughter and puppy.Follow him on Twitter