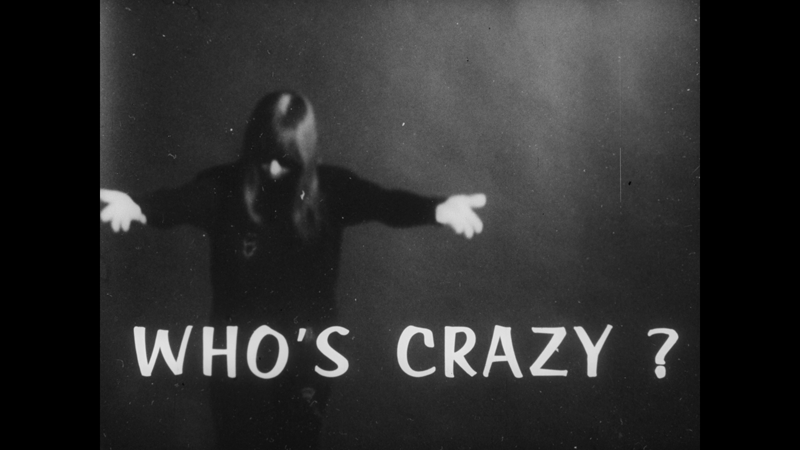 
The Movie
I can dig experimental or underground film. Werner Herzog's Even Dwarfs Started Small is s personal favorite. Not everything on the screen has to make sense for me to enjoy myself. But it's preferable that what's on the screen isn't actively attempt to rob me of joy through means both aural and visual. That's exactly what's happening in the dismally black-and-white Who's Crazy?, a wacked-out bit of avant-garde cinema that dares you to watch, from the very start, with screaming opening titles that are like something out of Plumbers Don't Wear Ties (look it up.)

The plot is paper-thin in this film, but it involves a bunch of mental patients escaping from their captivity and indulging in their new-found freedom in a nearby abandoned house. As performed by the experimental theater troupe The Living Theater, the action is freeform, changing direction on a whim and having no true connective tissue than the overall concept of this is the effect of freedom on the captive and insane. (When people make fun of improv, it's groups like The Living Theater that they are making fun of.) Considering the anarchic state of the plot, whether you watch the film's 73 minutes unfurl with rapt attention or find yourself drifting, the experience in the end is not materially different. 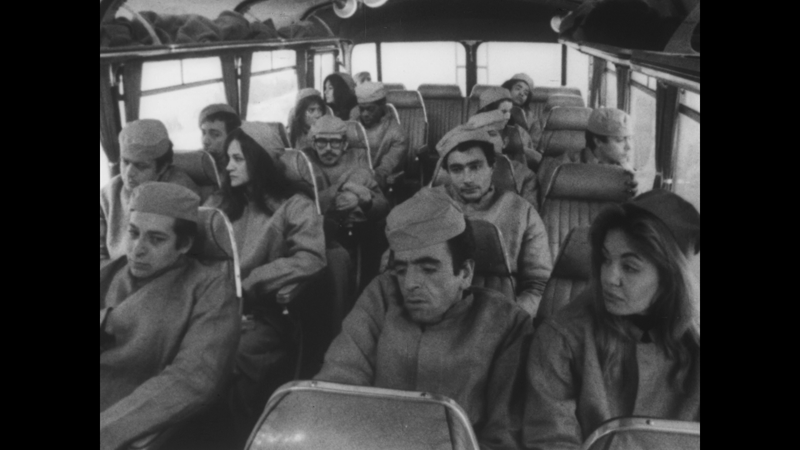 That's largely because Who's Crazy? is less a movie than a delivery mechanism for the music, performed by art-jazz pioneer Ornette Coleman and his trio, along with European singer-songwriter Nino Ferrer and a pre-heroin crash Marianne Faithfull. Between this trio, some truly grating music was created, which is the perfect soundtrack for the film's deliberate chaos. There are moments where the jazz isn't inflicting itself on the viewer like a handful of needles taking the form of sound, but for the most part, the score for Who's Crazy? is the kind of jazz that makes people hate jazz, and Ryan Gosling couldn't do a damn thing about it. 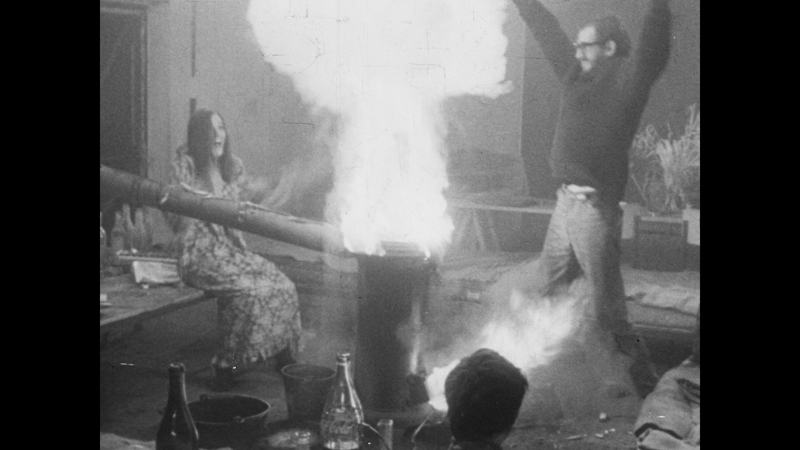 The Disc
Kino brings Who's Crazy? home on one Blu-ray disc, which is packed in a standard keepcase with a booklet. The disc's static menu (with its blaring jazz background) offers options to watch the film, select scenes, adjust the setup and check out the extras. There are no audio options, while subtitles are available in English.

The Quality
Presented in column-boxed 1.33:1, the 1080p, AVC-encoded transfer film isn't going to impress, as might be expected from a release sourced from the last known print of a long-thought lost movie. The film has burned in French subtitles (which feels almost like a style choice in context) and though a good deal of work was done to clean things up, there's still quite a bit of damage to be spotted, along with a stray hair or two (not to mention missing frames and several jittery sequences.) You're not getting anything approaching fine detail in this frequently-soft black and white image, but you can imagine what it looked like before the restoration effort was made to get the film to this point.

The 2.0 DTS-HD Master Audio track fares better than the video, but that just means you get a more present experience with the film's jazz assault. There's very little dialogue, most of which can be difficult to make out (due to either recording issues and/or competing music) so the subtitles come in handy. With music like that found in the film's score, you never know what's a presentation problem and what's inherent to the style, so personal interpretation will determine how you feel about the sound here. Either way, it's certainly not an ideal experience, particularly thanks to the ever-present hiss on the track.

The Extras
"David, Moffett, and Ornette" is a 28:14 episode of the British TV series Tempo-International from 1966. The cameras follow the trio of David Izenzon, Charles Moffett and Ornette Coleman in France as they set to work on creating the score for Who's Crazy?. Interspersed between the performance sequences are interviews in which the musicians talk about what their lives were like in America (including experiences with racism), their thoughts on jazz, and their philosophies of performing. The extras serves two purposes, giving more insight into the filmmaking as well as delving into the world of jazz.

Hailing from the much-more-recent past is a Q&A with the film's director, Thomas White, conducted by the Film Society of Lincoln Center on March 11, 2017, with moderation by Vanessa McDonnell and Nicolas Rapold (27:49). White comes off like a bit of an absent-minded professor, talking about his Zelig-like experiences in Europe in the ‘60s, the production of the film, where he kept his copy and the origins of the story. He's an amusing, if not exactly insightful speaker.

The on-disc extras wrap up with a :58 trailer for Kino's re-release of the film, which sells it mainly on the cultural cache of the participants than anything else.

Also in the package is a 12-page booklet featuring an essay by author/critic Adam Shatz, who focuses more on the musicians behind the sound of the film than what happens on the screen. 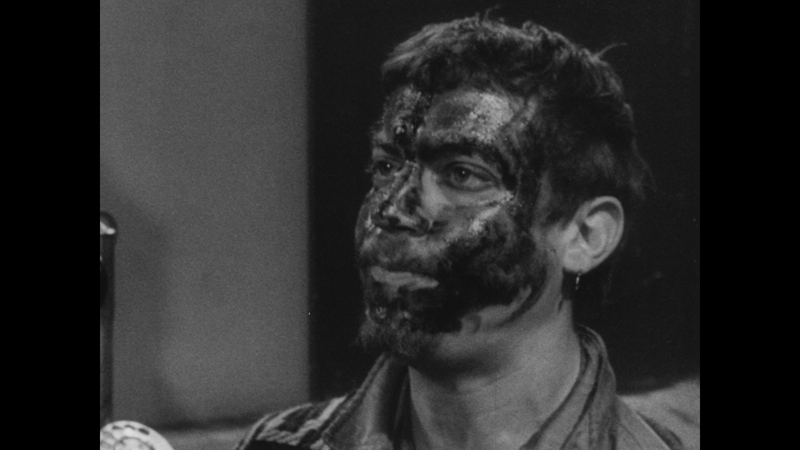 The Bottom Line
Divisive doesn't even cover what Who's Crazy? is selling, as the audience for this film is niche at best, and most who stumble across it will run for the exits at some point during the opening titles. If you enjoy Lou Reed's Metal Machine Music unironically, then maybe the aggressive jazz and nonsensical scenes might hold some appeal, but for most it will be an aggravating experience. Kino has done a fine job of giving new life to the forgotten film, and added solid extras to fill out the disc, but it remains a curiosity at best, drawing eyeballs the same way as a car crash.