Just when I think I've seen the worst movie of the year, something unexpectedly awful jumps up to bite, reminding me that it exists and wants to be taken into consideration. I mean, The White King is no Sharknado 5: Global Swarming, but then again the former seems to be trying to be an actual movie, while the latter knew all along that it was shit. There's something to be said for honesty, although that won't raise Ian Ziering's career life support mechanism from the bottom of the cesspool that is 2017's most hideous. But it does mean that The White King has an entirely unique strike against it, one that came when I realized that someone thought that this movie was good. To think it is anything other than abysmal is insane; it's almost as if everyone involved forgot they they making a film and simply started running around fields in costume entertaining the idea that they had just created the world's worst dystopia.

Thirty years ago, a glorious government was born out of the struggle against the overwhelming greed of the capitalist machine. The workers rose up a la the communist revolution, agriculture and being one with the land rose to importance, war followed, one regime dominating the scene, and a sort of peace settled on the land. But peace at a price, peace with an iron fist controlling every aspect of every day. Food is doled out, schools are militarized, cameras watch everything you do, and a giant statue of the founder of the community dominates the skyline. Life is without freedom, the hierarchy seem to have all the luxuries, but the citizens are constantly reminded that they are safe here, that they love their fearless comrades, that they couldn't possibly want anything else.

Djata is a young boy who is just now learning the harsh truths of the world, and seeing how unfair this new experiment can be. His father, Peter, who is apparently a dissenter, is taken by men in black to an undisclosed location for his negative political views, leaving behind a wife and son who long for his return. This pushes Djata further from his community, and makes him question everything, especially the authority that is so overbearing. He attempts to find his father, while also having to placate his veteran grandfather, and keep his mother safe in a town that is increasingly harsh and distant. He journeys into a forbidden zone is search of a way out , knowing that every step takes him further from his former existence. 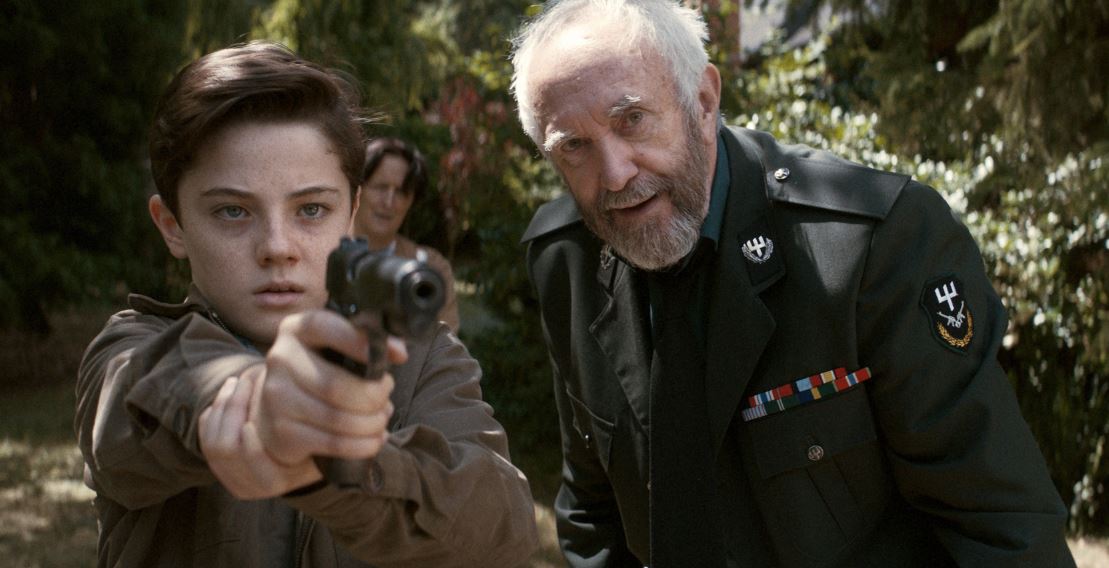 The White King is specifically awful, a film that not only should not have been made but in a way wasn't. It's hard to describe; there is almost no movie here. It lasts for 90 minutes and things are always happening, but also nothing happens, a hundred ideas are simply swirled around until we're dizzy and perhaps convince ourselves that we saw something real. We didn't though, pieces don't form themselves into a puzzle without help, and this movie had absolutely no help. The first minute is the best part, when we watch graphics animate the backstory for us, and I enjoyed that we didn't receive every detail, that we were expected to figure a few things out on our own. But it was downhill from there, as no one picked up where the introduction left off, and nothing watchable occurred.

The dad was taken, they tried to find him, Djata had a mini-war with other boys, he discovered a wasteland that maybe had something hidden in it, we meet a few military people; it was like someone read Animal Farm and The Hunger Games, forgot most of it, and created a movie out of the bits that they could recall. This film is based on a Romanian/Hungarian book by the same name, written by Gyorgy Dragoman, which gets mixed reviews, so I'm curious about the source material; is it captivating and did it, unfortunately, fuel this failed adaption. The base plot is the only positive, while the actors are probably the strongest negative. The kid is terrible, I've seen Deyn do so much better, Pryce is completely wasted, and everyone else seems like extras who were given lines for a psychotic reason only God knows.

Video: With an aspect ratio of 2.35:1 Widescreen, you might be fooled into imagining that the video quality of the disc is in any way good, but you'd be wrong. The picture is about as solid as the film itself, only slightly clearer that the muddled story and without imagination of any kind. The budget for this movie must have been very low, because they failed to give us anything we might like to see, except for a few cheap shots of helicopters and a CGI statue in the background.

Audio: The DVD is done in English 5.1 Surround, which an option of 2.0 Stereo. That's it, and there's no memorable music to set the mood except for a bit at the beginning during the animation. There is a creepy anthem sung a few times within the film, but that's all she wrote.

Extras: The special features are few: a 6-minute behind-the-scenes featurette, a 4-minute interview section, and a trailer for the film. 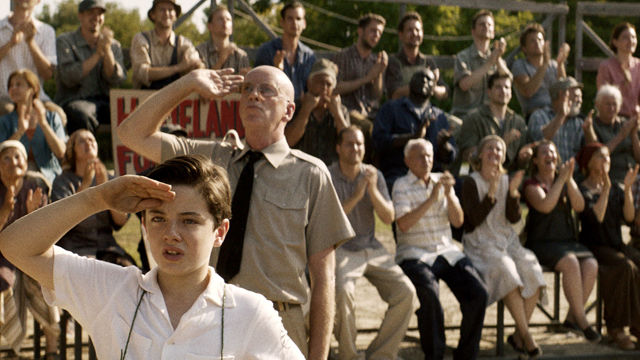 Skip It. If there was ever an idea gone wrong turned into a movie gone sour, The White King is it. It has absolutely nothing to offer past its dystopian setting, and even that is sketchy at best. Someone had the idea to make another of this specific genre, but the result was nothing like what we've seen before, even failing to match the quality of the YA sci-fi throwaways that we begrudgingly accept. This film fails in every aspect, stumbles around every corner, and should be in serious consideration for worst of the year. The video isn't anything to write home about, the audio is also pitiful, and the extras are too few; nothing technical will come to save the day. Consider me your lab rat; stay away from this poison.