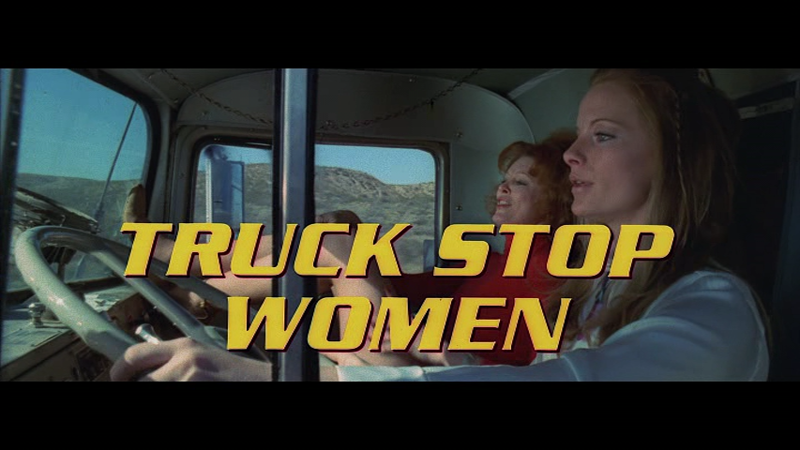 
The Movie
With a title like Truck Stop Women, you sort of know exactly what kind of movie you're heading into, and you're certainly going to get it from future Firestarter and Class of 1984 director Mark Lester's 1974 early-career entry into the then-burgeoning genre of truck films. There's lots of trucks, lots of nude women and the plot is completely centered on a southwestern truck stop. There are a few surprises along the way though, which help raise the film above similar exploitation films.

Rose (Playboy playmate Claudia Jennings) works for her mother Anna (Lieux Dressler), who runs the Anna's 70-80 Truck Stop. Unlike the other girls who work for Anna--who make their pay sleeping with truckers (and the local police)--Rose hijacks those same drivers and steals their trucks and the loads their hauling. It's a pretty profitable operation, which leads to the mafia--represented by the slimy Smith (John Martino) attempting to move in on Anna's turf. Unfortunately for Anna, he's got an ally on the inside. 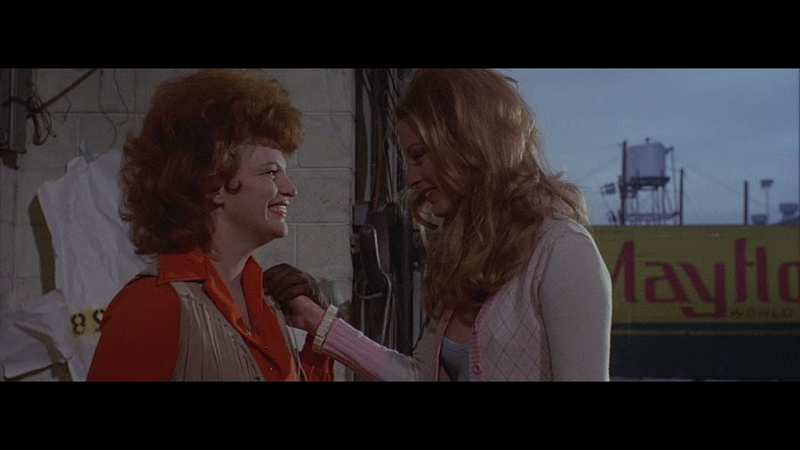 That's about the extent of the plot, which unfolds through truck chases, murders, a number of montages to pad out the runtime (including one set to a song sung from the point of view of a truck) and a whole bunch of nudity. It's not likely you can go more than five minutes without seeing at least one breast, even when it doesn't quite fit the moment. Gratuitous doesn't even begin to cover it when a truck-driving montage is broken up with still images of random topless women. An attempt at a subplot is made when people start being mysteriously killed around the truck stop, but there's no real motivation for it, outside of paring down the cast for the finale, which is actually pretty entertaining, and certainly surprising (even if the film seems almost as shocked about what happened as the viewer.)

Though the film is undoubtedly exploitation--as is the case with just about any movie in which Russ Meyer starlet Uschi Digard bounds around unclothed--it's actually rather well-made, thanks to stretches of impressive cinematography. Though undoubtedly low-budget compared to a studio film, aside from some wonky special effects, Truck Stop Women doesn't look cheap, with a number of gorgeous vistas and well-composed frames that almost seem like they have been parachuted in from another, more high-minded film. It's definitely a case where you can see the hints of what Lester was later capable of as a filmmaker.

In addition to the pretty pictures, there's also a handful of quality performances, led by Jennings, who could have had a nice little career blending her beauty, sensuality and screen presence if fate hadn't snuffed her out a few years after this film. Whenever she is on-screen, she takes over the scene. As Anna, Dressler brings a very different performance, but grabs attention in her own way, all the way to delightfully unhinged. The rest of the cast isn't exactly putting on an acting workshop--thanks to several over-the-top performances full of ham and cheese, like Martino's marionette version of an New York gangster--but the cast offers enough to make the film's relatively thin plotting into something enjoyable enough to keep watching to the end. 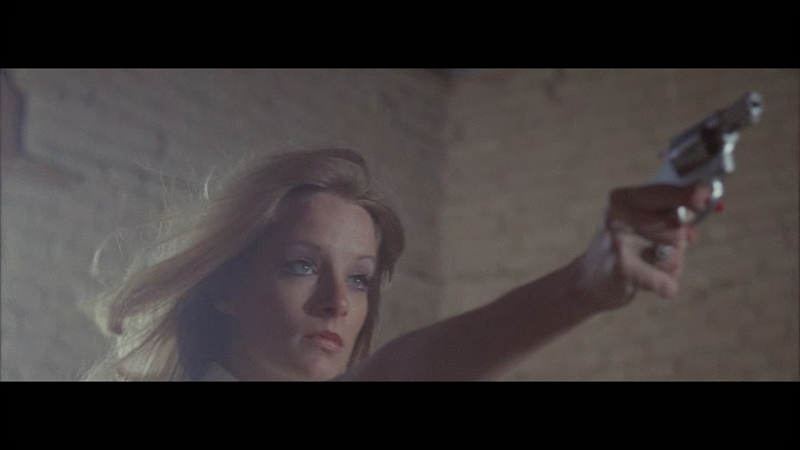 The Disc
Courtesy of Code Red, Truck Stop Women arrives on one DVD, which is packed in a standard keepcase with the film's somewhat misleading poster art on the front. The disc has a static menu with options to watch the film and check out the extras. There are no scene selections, audio options, or subtitles.

The Quality
Created from a director-approved 2K scan of the original camera negative, this 2.35:1 transfer looks pretty sweet in SD, with a healthy amount of fine detail on display and those all-important fleshtones replicated well. Colors are solid and sufficiently saturated so as to not seem aged, while still looking era-appropriate, while black levels are stable, if not entirely deep. Grain is consistent and pleasing, and any damage is kept to an unobtrusive minimum, while digital distractions are not a concern.

The film's mono audio arrives on a center-balanced Dolby Digital 2.0 track, which does a decent job with the film's dialogue, which is mostly easy to understand, but the priority here seems to be the music--particularly the soundtrack songs--which is pumped up to an aggressive level. There's nothing distorted about the sound, but it can be uneven. Take the song "I'm a Truck", which comes in super hot, only to soon drop down in volume, before coming back up a bit to a more reasonable level. There's a nice about of background sound, which makes for a full-sounding film.

The Extras
The biggest extra is surprisingly not even mentioned on the box, as filmmaker Damon Packard sits down with Lester to talk about the film on a feature-length audio commentary. There are some lulls and the track isn't the most energetic, but Lester has plenty of production details to share (including some interesting notes on the business of drive-in movies) and Packard does a good job of prodding things along through the prism of his own interest in the movie.

A video interview with Lester (9:13) includes several stories already heard in the commentary, but adds in a good deal of the film's gratuitous nudity to help those without the ability to focus.

Also included are a handful of trailers for an assortment of other interesting Code Red films, including what looks like a must-see in The Electric Chair. 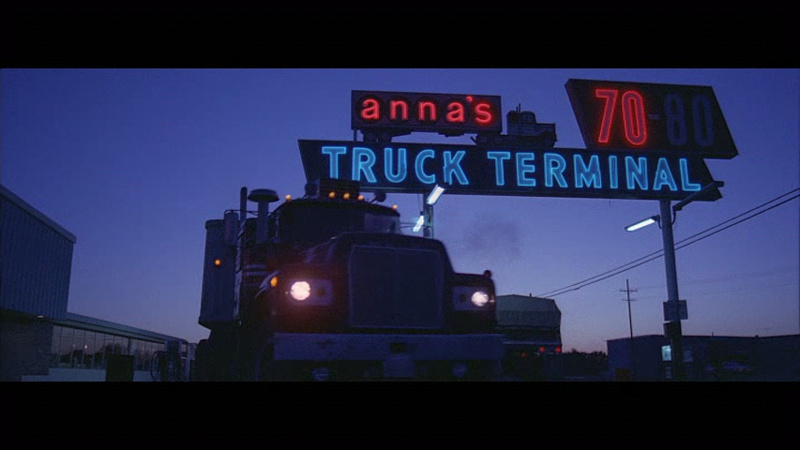 The Bottom Line
Not realizing the film's pedigree, courtesy of director Mark Lester's later filmography, expectations were quite low coming into Truck Stop Women, and as a result the film would up being a pleasant surprise in a few ways, and just what you would expect in other, flesh-colored ways. The presentation is quite nice, both in terms of the audio and video and the extras, making it a solid pick-up if you enjoy exploitation films or a decent female-focused turf-warfare story. Francis Rizzo III is a native Long Islander, where he works in academia. In his spare time, he enjoys watching hockey, writing and spending time with his wife, daughter and puppy.Follow him on Twitter