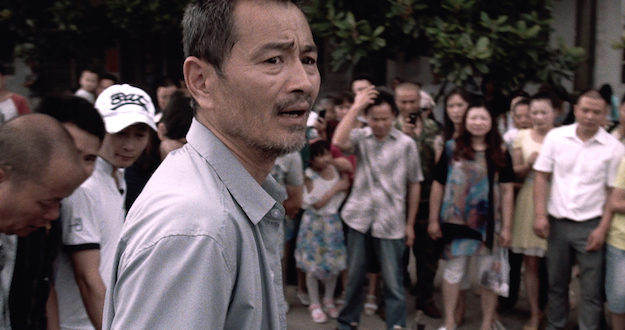 Maybe it's because I just watched I, Daniel Blake, but it feels like the whole world is suffering from a systematic dearth of empathy at the moment. To reiterate this point: Old Stone, the debut feature film from writer-director Johnny Ma, features a main character who is thoroughly punished by the world at large for bothering to care about another man's well-being. Lao Shi (Gang Chen) is a taxi driver who swerves into a man on a motorbike after a drunken fare grabs his hand on the wheel. Lao Shi takes the injured man to the hospital and saves his life. He also gets stuck with the man's medical bills, which pile up as the patient slips into a coma.

Old Stone begins as a naturalistic drama that reveals itself to be a slow-burn neo-noir. Lao Shi is gradually worn down as everyone around him turns their backs: the police, the victim's family, his bosses, his colleagues, his wife. They all think Lao Shi is a dope for getting involved, and that it all would have been better if he had let the man die on the street, waiting for an ambulance. Lao Shi searches for a reasonable option to resolve his quandary, as the hospital slowly drains his meager bank account. But all the reasonable, legal options quickly dry up.

As an actor, Gang Chen exudes humbleness and kindness, which makes him immediately likable and makes his character's final, dark transformation all the more potent.

Director Ma is patient in orchestrating Lao Shi's desperate downfall, but, at a tight 80 minutes, Old Stone never gets unduly contemplative. This is a well-crafted first feature, made with a keen eye toward performance and atmosphere. Ma is a talent to watch. 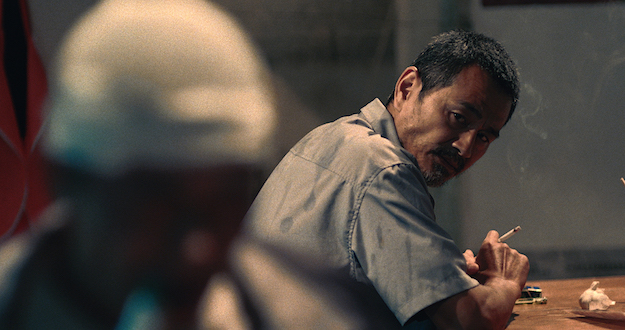 The Video:
Old Stone has a high-contrast, rich, and saturated look that translates extremely well in this AVC-encoded 1080p 1.85:1 presentation. The movie looks like it was digitally shot, but was treated afterward to give the image a more gritty, grainy appearance. It works, certainly within the moody context of this story. Thinking back afterward, I wasn't certain if Old Stone was shot on film or digitally, and I had to look it up. A few fleeting digital flaws, but the film is encoded at an extremely high variable bitrate, guaranteeing that it looks excellent almost all of the time.

The Audio:
There are two audio options: Mandarin DTS-HD MA 5.1 surround and Mandarin DTS-HD MA 2.0 stereo (with optional English subtitles). Both are well-designed, with the surround option naturally being more immersive and the stereo being more focused and present. This is a fairly low-key movie, so the soundtrack is subtle, not propulsive, but it feeds effectively into the growing unease of the main character.

(HD, 11:01 total) - Three deleted sequences that were obviously cut for the sake of tone and character development. The film would have been just as interesting with these scenes included, but the overall impact would no doubt have been different.

Final Thoughts:
Just be good to each other, people. Is that too much to ask? Highly Recommended. 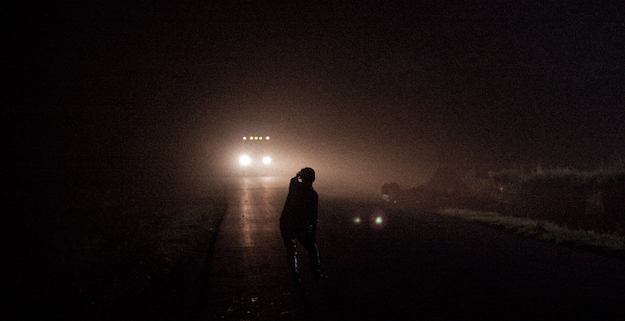