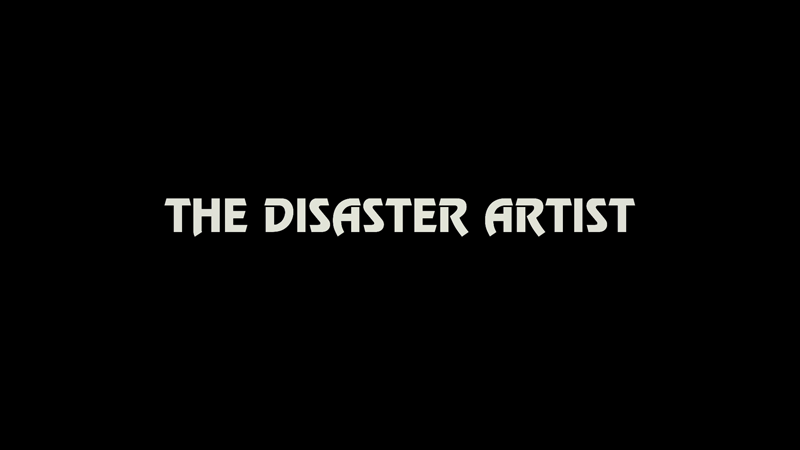 Reviewer's Bias*
Loves: How Did This Get Made, cult films, stories of film productions, Alison Brie
Likes: The Room, The Francos
Dislikes: Dreamers who can't accept failure
Hates: Egomaniacs, Not knowing something


The Movie
A cult classic known for being a truly terrible, yet incredibly rewatchable film, The Room has a unique place in cinematic history, largely due to the man behind the movie--the enigmatic Tommy Wiseau. An imposing figure, always wearing dark sunglasses, with long, wild dark hair and an assortment of belts, Wiseau wields an unusual, thick and unidentifiable accent and an off-kilter speech pattern as his signature acting tools, making it impossible for the film to outshine its star. That's impressive, since there's so much about it that is attention-grabbing, from its nonsensical plot and weird framing to the awkward dialogue and bizarre characters, much of which is the result of a production effort that was amateurish at best, despite what was likely the best efforts of a group featuring genuine professionals.

The story of what went on behind the scenes was as interesting as what ended up on the screen--if not more so--as the world learned when Greg Sestero, a star of the film and compatriot of Wiseau, pulled back the curtain in his 2013 book The Disaster Artist, in which he chronicled his life as a friend to Wiseau and the ridiculously lengthy and taxing production of The Room, while also trying to shed some light on the legend of Tommy Wiseau. The book was a huge critical and commercial success, and it was no surprise when reality came around full-circle, and the story of the making of a movie became a movie itself, with James Franco taking on the roles of Wiseau and director.

Franco, a wiry, handsome Hollywood star, seemed like an odd choice for Wiseau, who is muscular and unconventional-looking, but Franco always seems to like a challenge, and he crafted his own mostly-faithful take on Wiseau's voice and through hair, prosthetics, clothes and posture, reasonably simulates the real person, at least to the point where it doesn't feel much like a caricature and, after a short adjustment period, doesn't distract too much. There's a lot to like in Franco's portrayal of Wiseau as a lonely soul who seeks acceptance by pretending to be other people and who finds control in making his own world on a movie set.

For the role of Sestero, Franco cast his own brother Dave, which could have created an odd sense of similarity between them that likely would have taken away from the story, but between James Franco's performance and his visual transformation, the two characters are distinctly different. Dave's very accessible role gives the audience an in, for a world that is foreign to most (if not all considering the unusual circumstances of the production of The Room), and--as he's proven in most of his performances--he's eminently likable. If you need to ground an unbelievable story, you can make a much worse choice than Dave Franco. 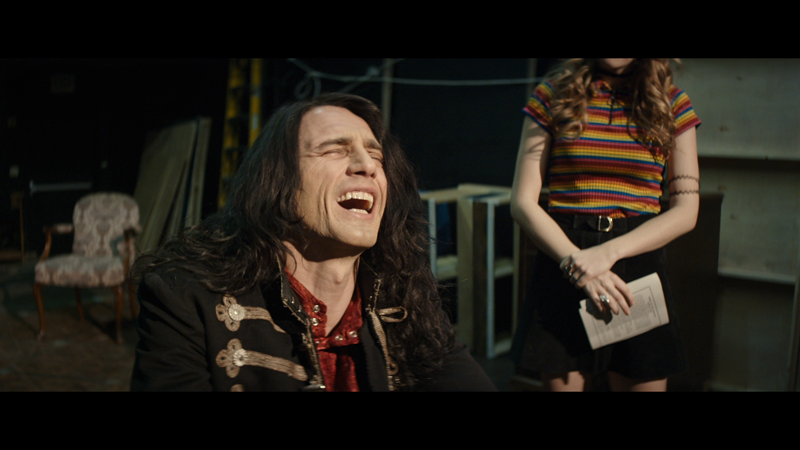 Casting is a huge part of the appeal of the movie, from two perspectives, as there's the matter of finding talent that can look and portray the real and, to some audiences, well-known members of the cast of The Room, and then finding places for all the film's celebrity fans. On the first point, the casting was almost fetishistically on-point, with Ari Graynor, Jacki Weaver, Zac Efron and Josh Hutcherson looking and sounding like the real thing, a point made clear in a post-film splitscreen sequence (a stunt with little value to the film, but which still is amusing in a way.) Graynor in particular is a remarkably good fit, at times coming incredibly close ro resembling the original actress. If only her part had much of an effect on the plot, or any real importance other than to be the center of one of the film's more dramatic moments.

Then there's the host of familiar comedy faces peppered throughout the film, including Alison Brie, Megan Mullally, Hannibal Buress, Nathan Fielder, Seth Rogan, Joe Mande, Casey Wilson, Lauren Ash, Brian Huskey, and John Early, who lend a good deal of goodwill to the proceedings, not to mention the slew of big names--including Kristen Bell, J.J. Abrams, Adam Scott, Keegan-Michael Key and Kevin Smith--the film uses in a prologue to explain the appeal of The Room to newcomers. If you had any hesitation about a film about a film you didn't know, or worse, didn't like, the participation of these folks makes it easier to settle in. That several of them get genuine laughs--especially Mullally and Wilson--is frosting on the cake.

Obviously, the big question regarding The Disaster Artist is whether you need to see The Room before watching it, or if experiencing the cult hit enhances this film. As someone who saw The Room, I can only truly speak from one perspective, and there's certainly an aware layer of recognition and expectation that is experienced from seeing a film you know so much about come together before you. For instance, when one actor questions one of her lines' importance to the film, the joke has added value to those already indoctrinated (and may actually be a throw-away to those unaware by simply asking a question asked by those who have watched The Room). Being well-versed on the film's production from the book or How Did This Get Made (the hosts of which--Paul Scheer, June Diane Raphael and Jason Mantzoukas--all appear in this movie) only adds to this effect. It's unlikely anyone who hasn't seen Wiseau's film will feel lost as the players are all well established over the course of the movie (not to mention that intro), and the surprise of how the film's story unfolds is certainly enjoyable the first time you hear it (no matter the medium).

Speaking of which, there's also the matter of comparing the book to the film that adapts it, and here, I have to say that the film felt less engaging than Sestero's original work. The depth of the story he tells of Wiseau and his unusual relationship with the filmmaker--guided by co-writer Tom Bissell--is expectedly trimmed when transferring the movie to the screen, and, unfortunately, the background on Wiseau that Sestero details on the page is more interesting and fascinating than anything that made it to the screen. It's obvious that in adapting the book, the focus was placed on telling a tale of unlikely friendship between two dreamers, with the disastrous production of The Room serving more as setting and comedic relief.

Oddly, the film of The Disaster Artist does not care to know all that much about Wiseau--the titular Artist as a person, but rather utilizes him more as an idea. There's nothing wrong with that--mainly because of how the film is constructed--but when a character is as bold and unique as Tommy Wiseau, you're given meaty clues as to his origins and half the characters give voice to their own curiosities, you naturally want to solve the mystery behind him. That said, how much do you know about The Dude from The Big Lebowski? Would it be a big boost to the story to know more about Jeff Lebowski than we learn from the movie? A force of nature is usually just unknowable and you go along for the ride. 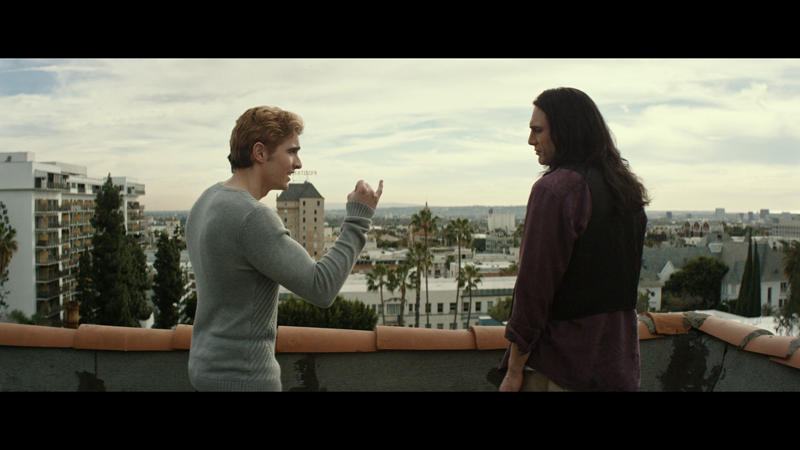 The Disc
The Disaster Artist arrives in a two-disc set (one Blu-ray disc, one DVD) in a dual-hubbed standard-size keepcase with a slipcover that repeats the cover art. The menu provides the choice to watch the film, select scenes, adjust languages and check out the special features. There are no audio options, but subtitles are available in English SDH and Spanish.

The Quality
The 2.40:1. 1080p, AVC-encoded transfer for The Disaster Artist shows off all the polish you'd expect from a modern studio picture, even one with roots in low-budget indie filmmaking (represented by the windowboxed "footage" from the fictionalized filming of The Room.) Colors are bright and vivid where appropriate, while fone detail is quite high (if you ever planned to intimately know James Franco's nearly nude body, this is your opportunity.) Night scenes show sufficiently deep black levels, and display no problems with digital distractions. Shot digitally, the film is crisp and free of any imperfections, and this presentation hasn't added any.

A Dolby TrueHD 7.1 track may be a bit of overkill for a film like The Disaster Artist, where aural gymnastics are kept to a minimum, and conversations rule the day. Even so, the track offers an enjoyable presentation that keeps all the voices cleanly separated and properly prioritized, while atmospheric effects create impressive soundstages and music is strong and powerful where needed. You're not getting any big mix highlights, but it's a track that does right for what the film is.

The Extras
The Franco brothers and screenwriters Scott Neustadter and Michael H. Weber join Wiseau and Sestero (appearing via telephone) for an audio commentary, which exists for two main reasons: Wiseau giving the true story about things that happen in the film and Franco pressing Wiseau for more behind-the-scenes information about himself and The Room. Oddly, Franco often slips into a Wiseau-like speech pattern, dropping words, which makes it feel almost like a bit.

A trio of featurettes utilize set footage and interviews with members of the cast and crew, along with some of The Room's famous fans to tell more behind the scenes stories. The 13:09 "Oh, Hi Mark: Making a Disaster" is the basic making of the movie, looking at all the big elements that went into it.

"Directing a Disaster" (7:07) uts the spotlight on Franco, and touches on the origins of The Disaster Artist, how Franco learned from his pals Rogen and Evan Goldberg and his sirecting in Wiseau's voice. The cast and crew also share their thoughts on what it was like to work with him.

Then "Just a Guy Leaning on a Wall: Getting to Know Tommy" (7:12) obviously focuses on Wiseau, as a pointless on-set Q&A between Franco and Wiseau is supplemented by talking-heads with cast and crew and some of Wiseau's better-known admirers, as they explore the filmmaker's mystique and work.

A 4:06 Gag Reel is mostly just breaks that happened during filming, but there are also a few moments from scenes that didn't make it into the final film, pointing out there are deleted scenes we didn't get a chance to see.

Wrapping up the on-disc extras is the film's 2:13 theatrical trailer.

Also in the package is a code for an Ultraviolet copy of the film. 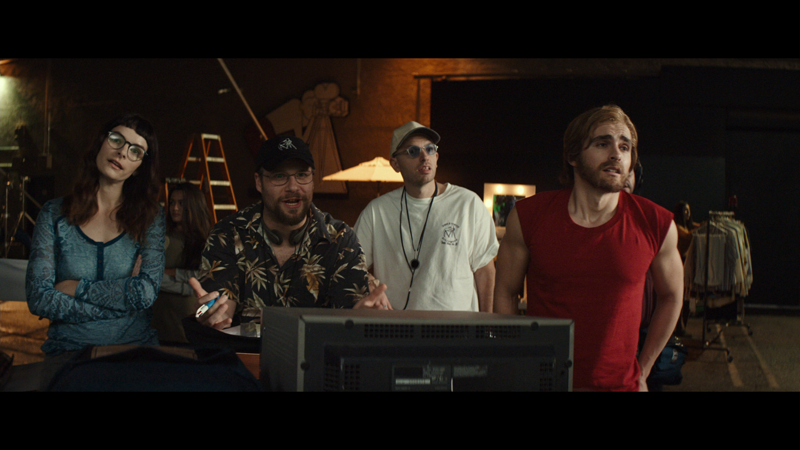 The Bottom Line
A second viewing of The Disaster Artist was more impressive and entertaining than the first, likely because comparisons to the book were out of the way, and the story, which takes a different tack on the story from that of the source material, could stand on its own, making for a pretty great tale of an unlikely friendship. The delivery on Blu-ray is sharp and clean, and the film is supplemented by an enjoyable spread of extras, highlighted by James Franco's grilling of Tommy Wiseau. Whether you know The Room or not, The Disaster Artist presents a great story all its own.