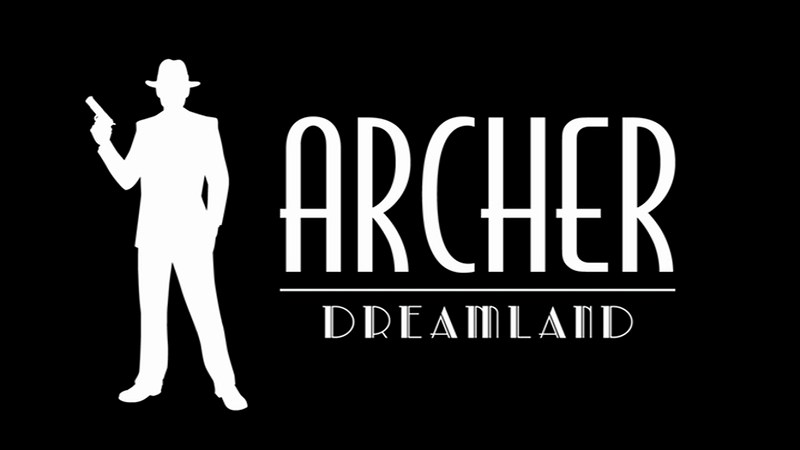 
The Story So Far...
Airing on FX (and then FXX), Archer is an animated sitcom (of sorts) which follows Sterling Archer (H. Jon Benjamin), an international spy who works for his mother and is surrounded by similarly flawed teammates, though over the years the dynamic has morphed through a number of permutations. The show has aired for eight seasons to date, and has been picked up to run through 10 in total. Fox has put out the first seven seasons on a mix of Blu-rays and DVDs, and DVDTalk has reviews of several of those releases.

The Show
To be completely transparent, I haven't watched Archer since its fourth season, before it dove off into a whole new direction with the "Archer Vice" arc, which placed the characters into an entirely new concept, repositioning them from spies to drug dealers. It wasn't that the idea was so off-putting that I stopped watching (I remember seeing the first episode at the NY Comic Con and enjoying it), but I haven't seen an episode since. Things happen. Researching the past few seasons, it looks like the show has changed a few times since, but with season eight we once again find the characters in a strange new world, this time a hard-boiled late-'40s detective story, subtitled "Dreamland".

The name has two meanings, as Dreamland is the nightclub run by Archer's mother Mallory (Jessica Walter) and it also encapsulates the entire arc, because it is taking place in Archer's head following the events of the season seven finale. On the plus side, we are made aware of this right off the bat, but it still renders this entire season relatively meaningless (or at least less meaningless than the average events of an animated television show.) All of the characters we know and "love" are placed in new roles, be it Lana (Aisha Tyler) as a torch singer, Pam (Amber Nash) as a gender-less cop or Krieger (Lucky Yates) as a former Nazi scientist (some things don't change.) The storyline revolves around Archer playing the part of a private detective trying to find out who killed his partner Wodehouse (his manservant in the "real" Archerverse.) 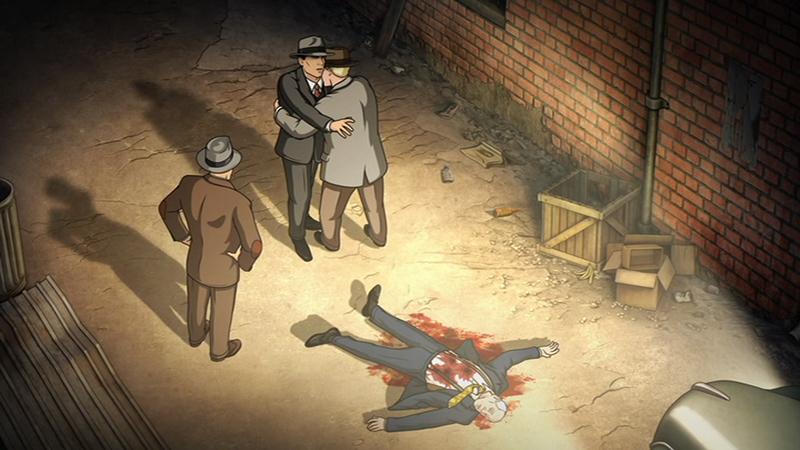 The show borrows liberally from the great detective stories, blending a bit from here and there, including some delightfully odd elements involving Cheryl (Judy Greer)--as a publishing heiress--and her brother (voiced with glee by Eugene Mirman) and a cyborg assassin on the crew's tail. As someone who hadn't watched the previous three seasons, it never felt like anything seemed confusing about this eight-episode run, so either the show has been running in place for the past three years, or all of that was ignored in creating this series. Either way, it feels like if you know the characters from the early seasons, you'll get the joke of how they are repurposed here and even if you don't, the storyline is solid enough and there are are enough ridiculous elements for the season to stand on its own.

The thing that stuck out about this go-round however was the lower level of humor in it. Looking back at my colleagues' reviews of the previous two seasons, it seems like the show has been sliding in a larger amount of characterization to go with the jokes, but this season feels like it could be a 50/50 mix (if not more.) There's a flashback device used involving World War II that doesn't have any comedic flavor to it at all, and though there are definitely jokes throughout (anything with Greer and Mirman's characters can't help but be funny), it doesn't have the same rapid-fire feel of earlier seasons. In fact, the season ends on a decidedly sad note. Obviously, for anyone who is a fan of the detective genre this is pitch perfect, but for a show like Archer it feels off-brand. Perhaps it was intended as a palette cleanser before what looks like a return to the silly and ridiculous in season nine. 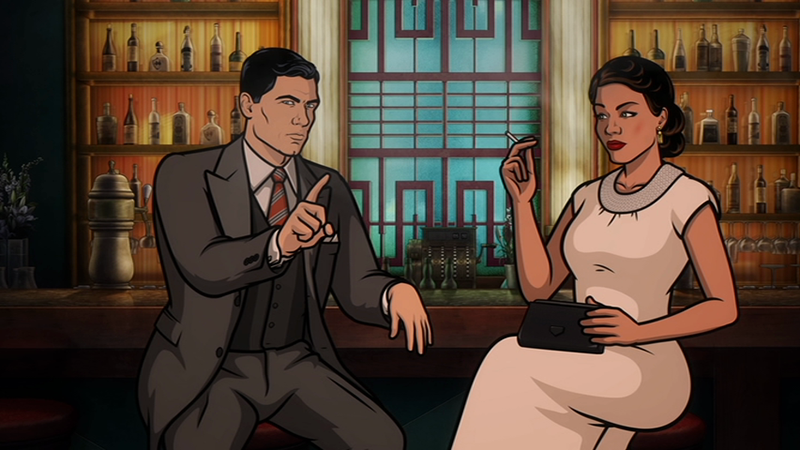 The DVDs
The eighth season of Archer is split over two DVDs (though not evenly), which are packed in a clear, standard-width keepcase with a tray for the second disc. The package is held in a slipcover with alternate art (thank goodness) and a velcroed fold out cover. The discs feature animated, anamorphic widescreen menus offering options to watch all the episodes, select shows, adjust the set-up and check out extras. There are no audio options, but subtitles are available in English SDH, Spanish and French.

The Quality
After seven seasons, the animators have mastered the mix of flat and 3D animation that gives

This season is a bit more grounded than the show has been in the past, but that doesn't mean it doesn't have its moments of action. When it does, the Dolby Digital 5.1 tracks make themselves known, utilizing the surrounds to add atmosphere and move the effects around the soundstage, while keeping dialogue nice and clear up front. A solid presentation that keeps the emphasis where it should be.

The Extras
It's become the norm that as TV series continue on in home video that the extras take a dip in quantity and quality, but for once that trend has been bucked, as Archer Season Eight brings with it three audio commentaries courtesy of Nash, Yates and co-executive producer Casey Willis. Over the "No Good Deed", "Ladyfingers" and "Auflösung" the trio discuss the heavier models this season and wool clothing, their favorite films, easter eggs, bear sounds, animation technique and the role of Jeffrey Tambor (which gets weird for reasons beyond their control.) Getting insight from those involved is always welcome, and these three have fun as they share their thoughts, making these extras a true bonus.

The Bottom Line
In its eighth incarnation, Archer is very different, but still enjoyable, even if it's not as fun as it has been in the past--which may be entirely intentional on the part of the creators after seven seasons with these characters. Either way, the show looks and sounds great and after going light on the extras in previous seasons, we got some genuine extra content, rather than just stuff that was lying around. I'd suggest if you haven't watched the previous seasons to try to catch up first before diving into this one, but for fans, there's no reason to skip this very different arc.