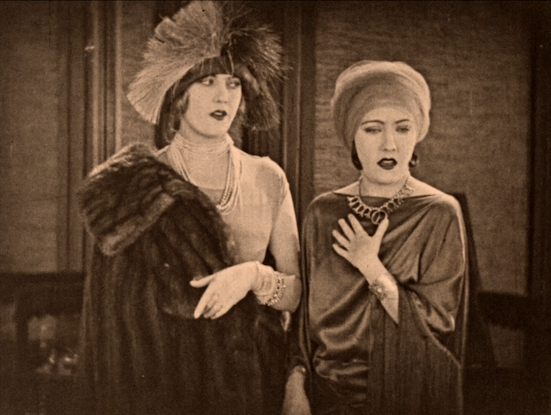 Gloria Swanson is an actor whose name has failed to fade over the years, entirely thanks to her late-career comeback performance as Norma Desmond in Billy Wilder's Sunset Boulevard (a fitting resurrection, as Wilder wrote on the 1934 film that helped kill Swanson's career the first time, Music in the Air). As for Swanson's silent-era work, your average cinephile (me, I mean me) is ignorant. Kino Classics has been doing their part to fix this, by releasing some of Swanson's '20s films made with director Allan Dwan: Zaza, Stage Struck, and the subject of this review, 1924's Manhandled.

What a treat. I can't think of a better introduction to Gloria Swanson's star power than this disarming romantic dramedy, which offers Swanson the chance to show off her physical comedy prowess, as a compliment to her natural dramatic presence. An opening sequence set in the New York subway, where Swanson's put-upon shopgirl Tessie McGuire becomes a living rag doll, pushed and squished as she tries to ride the train home, is as funny a piece of film as you're going to find.

Tessie is a modern girl, a flapper, but with her own funky sense of style. In fact, considering the character's quirky fashion and gum-chewing spunk, I often had an uncanny sense that Cyndi Lauper had time-traveled out of one of her '80s music videos into this film. Though Swanson's later sound-era work proves she has a refined actor's voice, Tessie would make sense with a Lauper-esque Brooklyn whine.

Tessie lives in a decent enough tenement, a few doors down from her boyfriend Jimmy (Tom Hogan), a mechanical whiz convinced that his new device will be their ticket to Easy Street. But Jimmy works all the time, and Tessie needs to taste a better life now. So, at the insistence of her buddy (Lilyan Tashman), she accepts an invitation from her boss (Arthur Housman) to an upper crust party, where she wildly impresses them all with her imitation of a Russian countess (intended as a parody of Swanson's La-La Land rival Pola Negri; reportedly Swanson also did her Charlie Chaplin impression in this sequence, although this bit did not survive to the extant version presented here). Soon, Tessie is swept up in offers to pose for a moody sculptor and to serve tea as a fake Russian countess in an upscale dress shop.

Tessie loves her flashy new lifestyle, but Jimmy literally strikes a match and holds it to her hand, to instruct her that she shouldn't play with fire: these men may be fancy, but they've still got one thing on their minds. The tenor of the times makes certain that Tessie is a good girl, even if she plays at being a loose party girl. The film puts a fine point on it by turning Tessie into a kneeling penitent in its final sequence, praying to God that she doesn't lose the good thing she has with Jimmy for the sake of some fancy gowns and high times.

That ending feels a little oversold, but otherwise Manhandled is a breezy delight. Dwan deftly blends the comic moments (a near-brawl at the ladies' dress counter where Tessie works is perfectly staged chaos) with the subtler bits of human drama, and Swanson's acting range in this part cannot be overstated. She delivers seamlessly in scenes focusing either on humor or heart or a mixture of the two.

This one's a keeper. Check it out now. 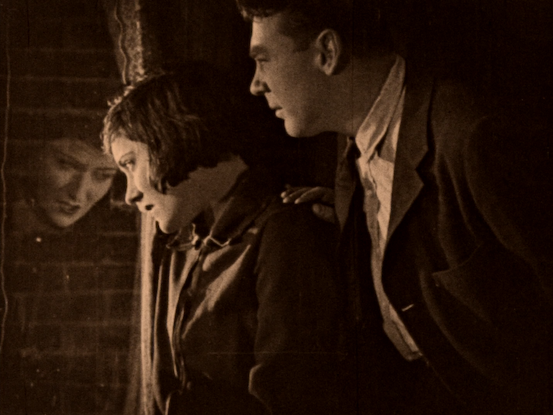 The Blu-ray
Manhandled is packaged with a booklet featuring an essay by Peter Labuza.

The Video:
Manhandled is pretty beaten-up. This AVC-encoded 1080p 1.33:1 transfer appears to come from at least two sources, one print which offers strong detail and contrast and much more dupe-y elements that are far muddier and blown-out on either side of the spectrum. Obviously, the dupes are used to fill in gaps in the better-looking material. Even on the nicer stuff, no clean-up has been done, and there's a fair amount of dirt, scratches, and even a few tears throughout the film. The packaging reports that this is a 2K scan from 16mm elements. Considering that, it looks quite detailed, if not nearly as stable or clean as the recent restorations of Dwan's The Half Breed and The Good Bad Man that Kino released on BD.

- A well-researched dive into the history of this film, with plenty of info on the cast and crew, as well as the gender attitudes and biases of the time.

Final Thoughts:
Gloria Swanson dazzles in this silent comedy-drama about a young woman looking for a taste of the good life, who ends up biting off more than she can chew. Even though the film elements are pretty beaten-up, the viewing experience is not disruptive. Certainly, I don't want the presentation to dissuade anybody from checking out this great flick. Watch it: you'll enjoy it! Highly Recommended. 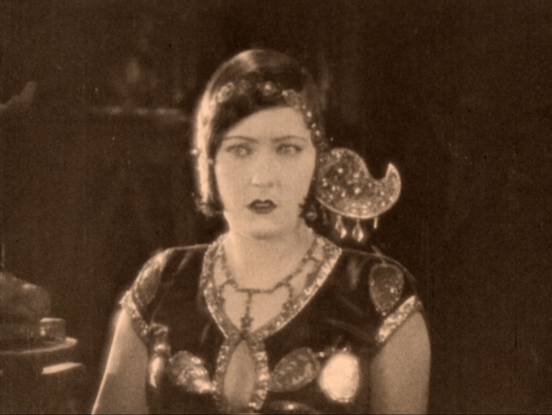