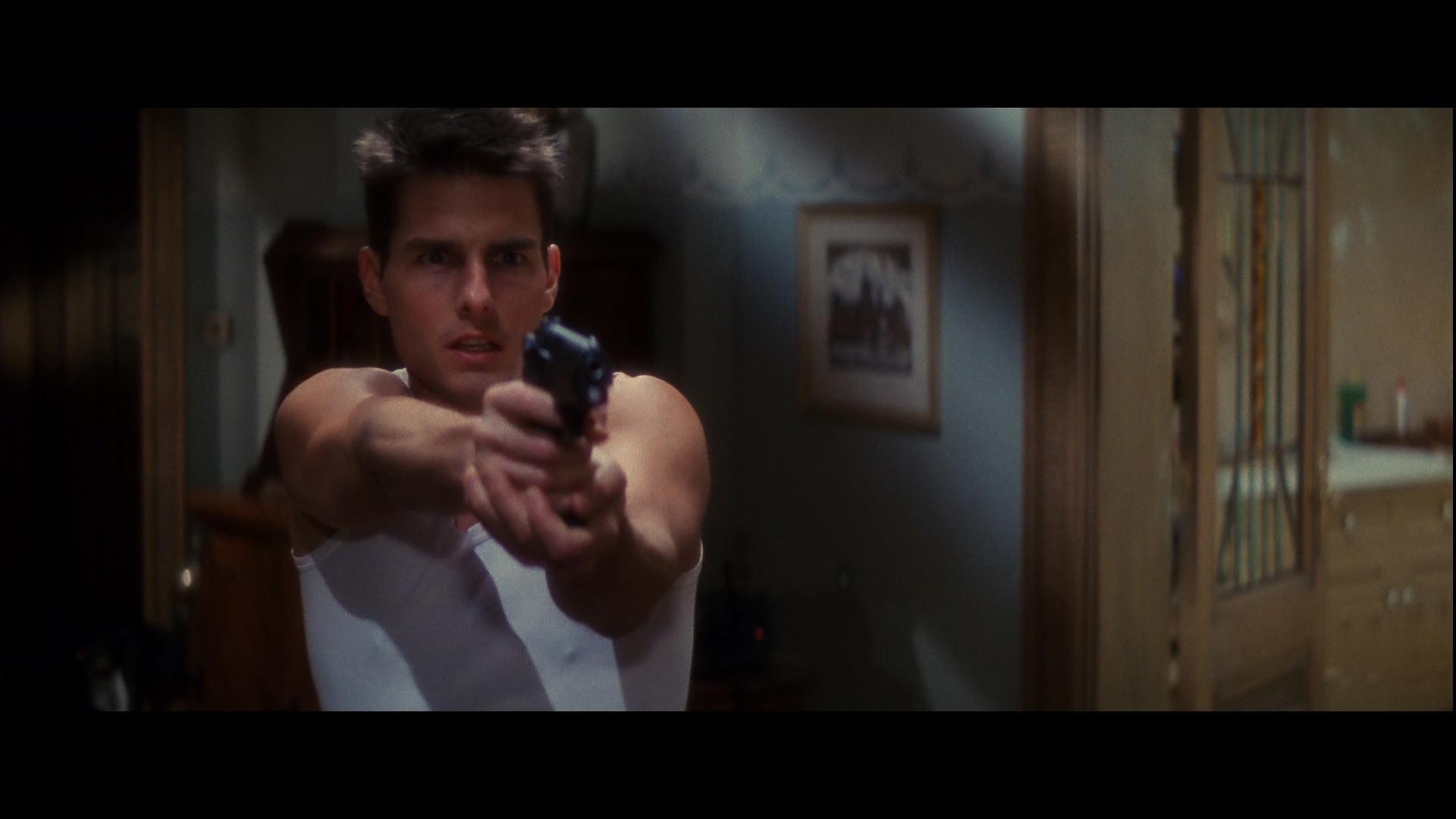 The Mission: Impossible films have turned into a series that is just as popular with audiences as the exploits of Jason Bourne or Jack Ryan, if not James Bond himself. But things weren't always pointing to a successful series. While the Mission: Impossible movies have always done well at the box office, the first two entries received rather mixed reviews from the critics, although Director John Woo's 2000 follow-up is a little more reviled that the original film.

This 4K release of Mission: Impossible marked the first time in a while (perhaps as much as a decade) that I sat down to watch the first movie again. I remember having a mixed reaction to it the first time I saw it, but watching it again with lower expectations, it's a pretty good yarn. Compared to the other films in the series, it probably has the least action in it, but Director Brian De Palma has enough twists and turns in the story (by David Koepp and Steven Zaillian, with the screenplay by Koepp and Robert Towne) to keep viewers engaged throughout.

Tom Cruise stars as Ethan Hunt, a character who did not exist in the original television series (which aired on ABC from 1966 to 1973); however, to tie this new series in with the old, the movie includes the original character of Jim Phelps, with Jon Voight now taking over the role once inhabited by Peter Graves. Graves was actually offered the part, but turned it down when he learned how his character would be portrayed in the movie. Voight is more than an acceptable recasting, but it's easy to see why so many die-hard fans of the TV show had a less-than-positive reaction to this 1996 reboot.

I won't waste readers' time by re-hashing all of the plot points here. My guess is after 22 years, you've seen the movie already - and on the off-chance that you haven't, I'm not going to spoil some of its biggest secrets. What I will say is that the lack of big action sequences/CGI actually helps this movie hold up after all these years. The most disappointing sequence now is actually the one that grabbed audiences back in 1996: the climatic train sequence. While that scene represented the best work ILM could do in the day, the scene now looks borderline cheesy, not to mention the fact that it's the story's biggest logical blunder (our bad guy has been making all the right moves up to this point, and his most important move involves him getting off a high-speed train by having a helicopter pick him up?).

In addition to the solid performances by Cruise (say what you will about him personally, but the guy never "phones it in" in one of his movies) and Voight, the supporting cast is quite strong here as well, particularly Jean Reno and Ving Rhames, the latter of which is the only actor besides Cruise who has appeared in each and every one of the Mission: Impossible movies. I also enjoyed the acting of Henry Czerny, playing the head of the IMF, Kittridge. Czerny is one of those actors who is almost always watchable in anything he does - so much so that it's hard to believe he's never made the leap from supporting man to lead actor.

Overall, De Palma's movie is actually a bit better than I remember it being back in the mid-90s. It proves to be a solid starter to this highly successful franchise, and while it doesn't have all the wild action and high stakes of many of the more recent Mission: Impossible entries, the fact that it holds up relatively well after all this time is impressive. If you're like I was and haven't watched this movie in a while, give it another shot - this new 4K version will only enhance what hopefully is a pleasant re-watch.

Mission: Impossible gets disavowed on 4K in this combo pack from Paramount, which also includes the (previously released) 25GB Blu-ray along with a digital code for an UltraViolet and iTunes digital copy of the movie (for those wondering, my code gave me the full UHD 4k version when redeeming the code on Vudu). The discs come housed inside a black Elite keepcase and a slipcover with artwork matching that of the case slides overtop.

While there are no front-loaded trailers on the 4K disc (although you will be asked to make a language selection), the Blu-ray contains a front-loaded ad for Paramount Blu-ray releases/high definition. The main menus are different on the two discs as well, with the 4K disc merely offering a still (a silhouette of Cruise's head), while the Blu-ray features a more graphic menu, including a computer animated IMF logo with black and white footage of various movie moments playing in the background. Both menus have their selections horizontally across the bottom of the screen.

Mission: Impossible was shot on 35mm film and gets a 4K transfer here taken (assumingly) from a brand-new scan of the original camera negative. It has to be a brand-new transfer, since the lackluster Blu-ray presentation (which you'll get to compare here with the included Blu-ray) has a lot of issues, including softness (and a lack of depth and high-def "pop") and visible flecks of dirt on the print.

Because the Blu-ray presentation is so flat, a lot of critics have praised the new 4K transfer, but honestly have gone a bit overboard. Yes, it's a huge improvement over the Blu-ray, but in terms of some film to 4K transfers we've seen with other releases, it's far from reference-quality. While the image benefits from a lot more depth, detail, and the advantages of HDR (giving deeper color and contrast overall), not every scene has the pop you hope it would, and some sequences come off as a little murky. Grain is evident throughout, which is a good thing (it's a sign that the transfer's DNR use was kept to a minimum), but the grain can become a bit obtrusive during the film's nighttime and indoor/darker sequences.

Had Mission: Impossible had a stronger Blu-ray transfer by which to compare it against, the 4K image might not have been much of an upgrade; however, because the Blu-ray transfer hasn't been updated since its initial 2007 release, this 4K release easily becomes the version fans will want to own - even if it's not quite good enough to rank among the "best of the best" on the format.

While the Blu-ray release's primary audio is a lossy English 5.1 Dolby Digital track, the new 4K disc gives it an update to English 5.1 Dolby TrueHD. As one might image, the audio update here is a noticeable one, if not spectacular. The track makes good use of the surrounds, pumping up the opening title track and providing some immersion during the movie's more memorable sequences (the shattering aquarium during the first half of the film being one of the more fun aural experiences). Dialogue is primarily front and center, and well-rendered. The track also comes with no evident glitches, so no problems with dropouts, poor mixing, or the like. 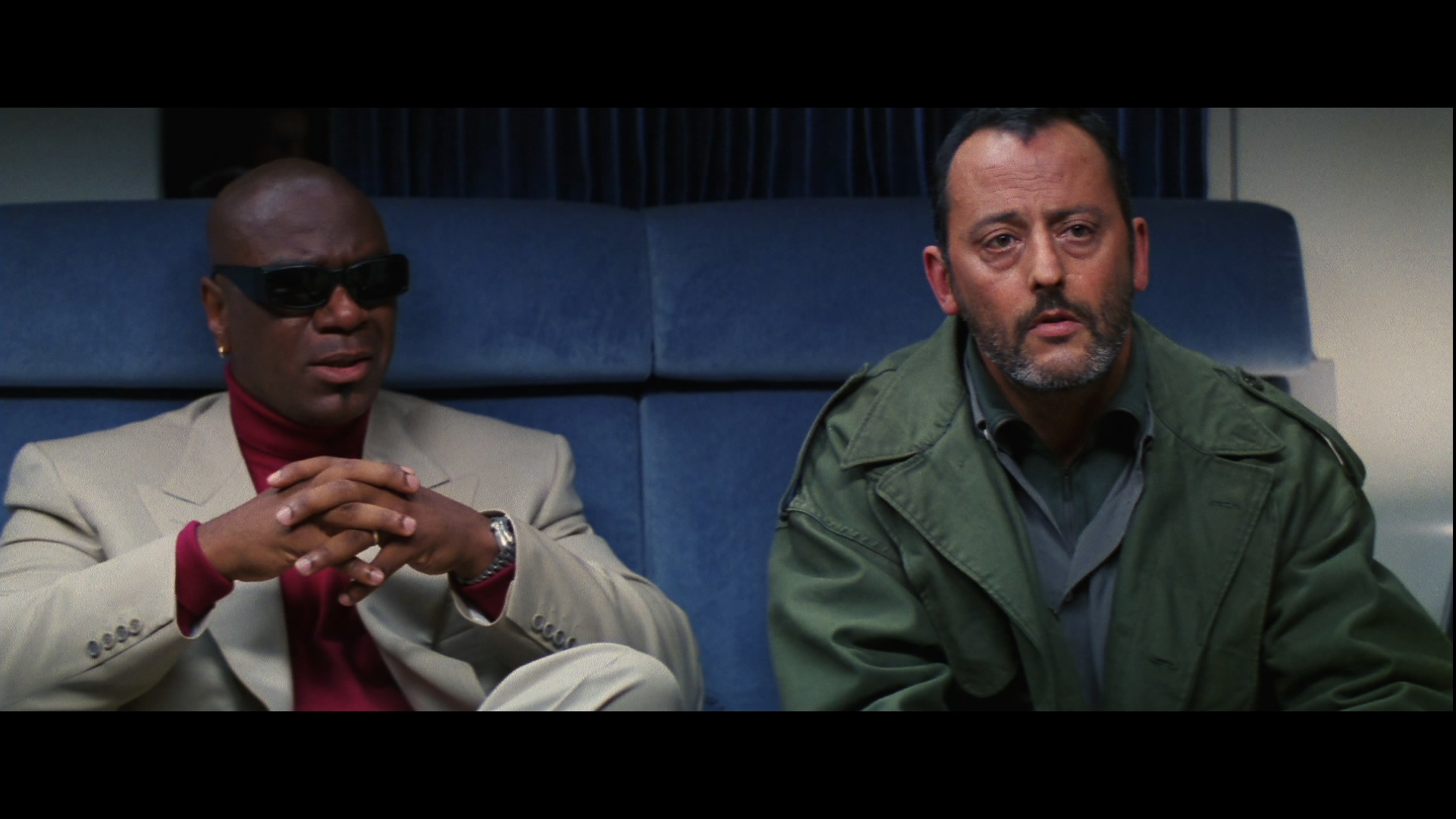 Note: The bonus features listed below are on the Blu-ray only, meaning that there's nothing new here and, sadly, all bonus materials are in standard definition (except for the theatrical trailers). The 4K disc contains no bonus materials 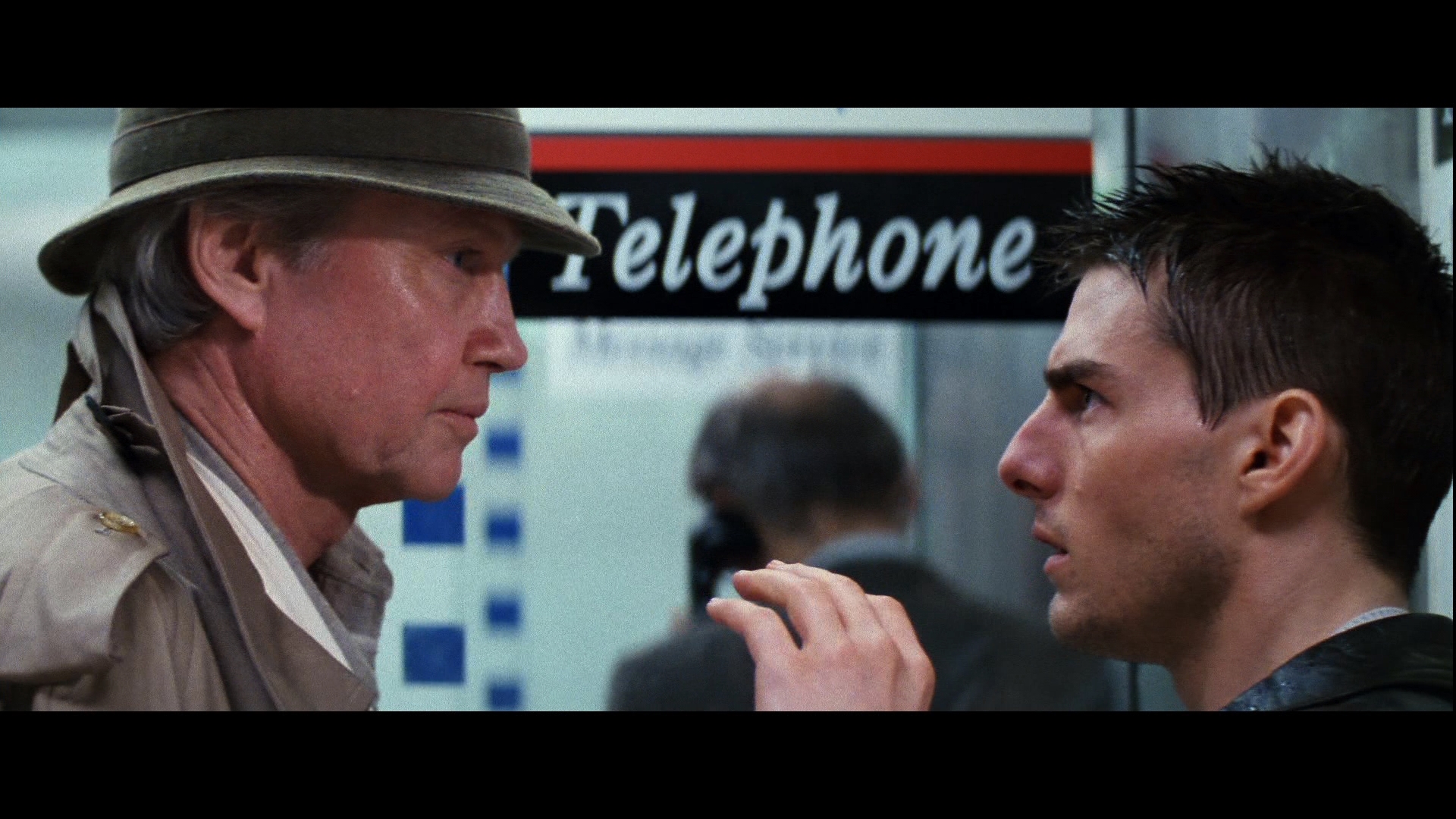 It's hard to believe the first Mission: Impossible movie is over 20 years old, but it actually holds up very well given its age. Director Brian De Palma's movie lacks the breakneck pacing and big action sequences of later movies in this series, but some strong performances and a solid screenplay mean this movie hasn't dated as much as one might think. Recommended.