IMAX documentaries are traditionally short- just the right amount of time to get you pumped for their subject matter, but not enough to go very in-depth, and "Dream Big" is no exception. Its 42 minutes celebrate those who are known as engineers, who work to "enhance the human experience" according to narrator Jeff Bridges who gruffly guides us through here. 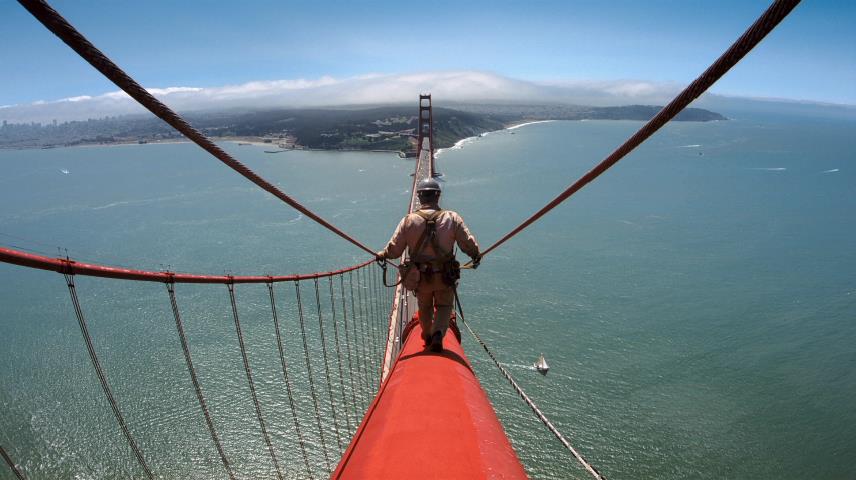 The film focuses on a few different people in the profession ranging from students to professionals; how they were chosen to appear here is anyone's guess but they're quite inspiring. The first we meet is Menzer Pelivan, who was inspired to pursue engineering after surviving an earthquake in her hometown of Istanbul- many people lost their homes in that event and she wanted to ensure that future buildings could withstand earthquakes. Of course San Francisco is a city famous for those, and we get to see how modern buildings there are designed, including a neat time-lapse shot of one being constructed. We're told that a secret to earthquake-proofing is to anchor the buildings deep down into the earth.

There's also a visit to China's Great Wall, more than 2000 years old and still the largest man-made structure on Earth. In present-day Shanghai, we see how buildings have become increasingly taller in order to accommodate a large population with limited space- a tower more than 100 stories tall is designed to withstand the winds that blow through the city. Another history lesson shows a bridge near Seattle that was known as "Galloping Gertie" after it quickly collapsed being unable to withstand the winds there- but much was learned from that experience.

To inspire the younger viewers, the film follows a group of high school students from Mississippi who design a solar-powered car and then race it from the north of Australia to the south. Another group from Arizona designs an underwater robot and enter that in a competition against advanced college students, with a surprising result. The film doesn't spend a lot of time on any of these subjects, leaving one to wonder exactly how they were accomplished, but the point seems to be simply that such things are possible if one puts their mind to them. 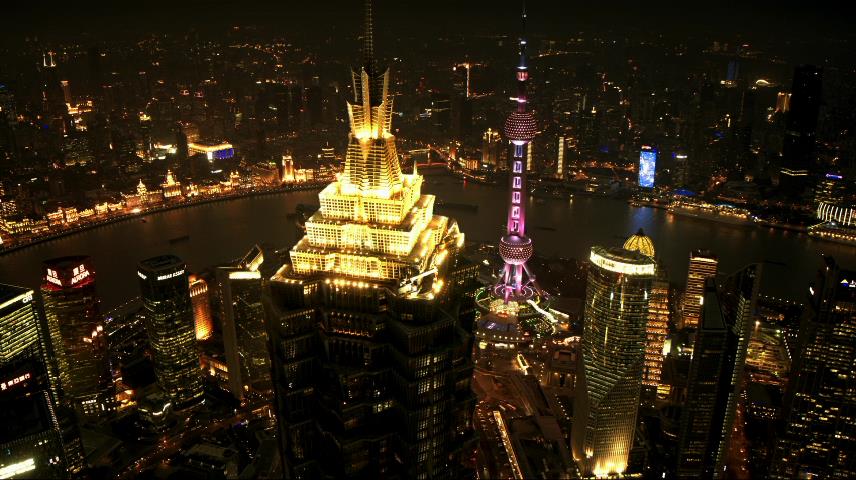 Shout Factory has commendably been releasing a number of IMAX documentaries with both a 4K Ultra Hi-Def disc and a 3D Blu-Ray disc. I've been rather lukewarm on the 4K format so far mainly because it doesn't support 3D, and of course viewed the 3D presentation first. Disappointingly not all footage here was actually shot in 3D- much of it is in 2D and shown with a pushed-in effect. Many shots that would have looked the most impressive in 3D, such as those from the tops of tall buildings and from atop San Francisco's Golden Gate Bridge, are unfortunately only in 2D. It's often baffling how any of this was decided, as less visually impressive locations such as the inside of a classroom were shot in true 3D. While I still preferred this presentation to that of the 2D UHD, those going in many for the 3D are bound to be disappointed. Additionally, the 3D Blu-Ray and its 2D presentation using the left eye view exhibit a good deal of gradient banding, most evident on a time-lapse shot of the sun rising and setting over a city.

The 4K disc includes the film both with and without HDR10. Viewing all of the HDR10 presentation, the absence of 3D was of course a let-down but given its inconsistent use it wasn't completely as such here, and it allows you to see the 2D footage without the pushed-in effect applied. Gradient banding was still present, a problem which I thought HDR was supposed to solve. There is of course a slight uptick in detail which is nice but not dramatic compared to the 1080p Blu-Ray. The HDR10 presentation also appeared quite dark compared to the 4K presentation without it- I tweaked my picture settings a bit (which has been difficult for this format as there hasn't been any "Video Essentials" like disc for it) and ended up with a brighter picture but the pop-up menu graphics then appeared too bright. 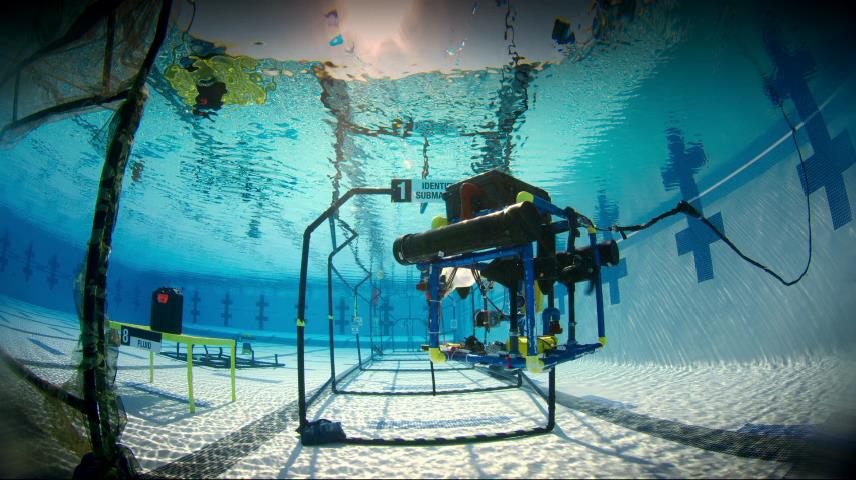 Both discs feature a Dolby Atmos mix, which makes some good use of the overhead channels during the opening and come alive when music is featured. (On an Oppo player, with audio output set to Auto you will need to turn off Secondary Audio, which isn't even included on these discs, for the 4K disc to play properly- otherwise it will output the Atmos track as 7.1 PCM which your receiver won't be able to decode anything from. The Blu-Ray disc is flagged to output a straight bitstream regardless of settings.) An alternate 5.1 track flagged for Dolby EX is also included, as is a Spanish track with a female narrator taking Jeff Bridges' place, and hearing-impaired subtitles are included as well. 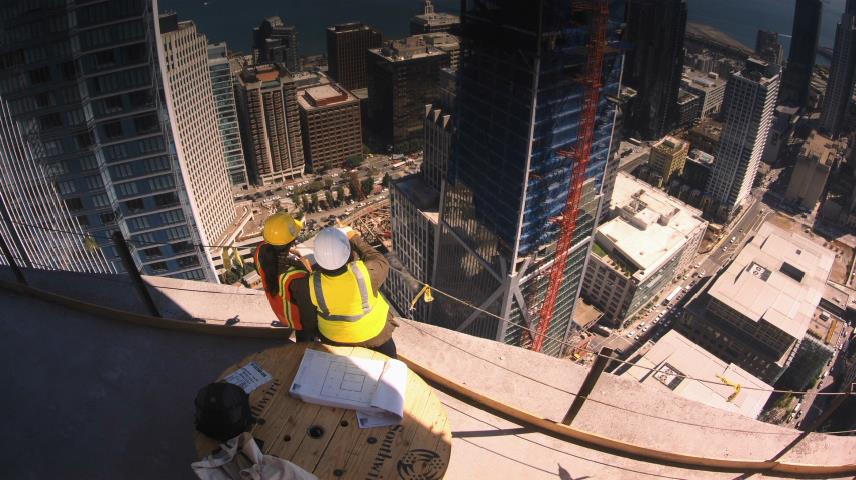 Both discs include some short videos (all in 2D and 1080 resolution) that are featured on the movie's website. Though they're broken up into 3 sections, those thankfully include a "Play All" option. "Hot Topics in the World of Engineering" includes some subjects not covered in the main documentary, including a look a self-driving cars. The "Behind the Scenes" section includes an incident where the IMAX film camera was accidentally tipped over and the shot film was exposed, but ended up usable anyways. "Short Fun Packed Videos" are very short but include a look at roller coasters at Magic Mountain and kids in school using a computer simulation to design bridges. A look at the IMAX 3D camera is included in this section as well- although it isn't explained why so many of the shots were in 2D. The trailer for "Dream Big" is included, and the 4K disc also has trailers in 4K resolution for Shout's other IMAX titles: Flight of the Butterflies, Humpback Whales, Journey to Space, Rocky Mountain Express, The Last Reef, Wonders of the Arctic and National Parks Adventure. 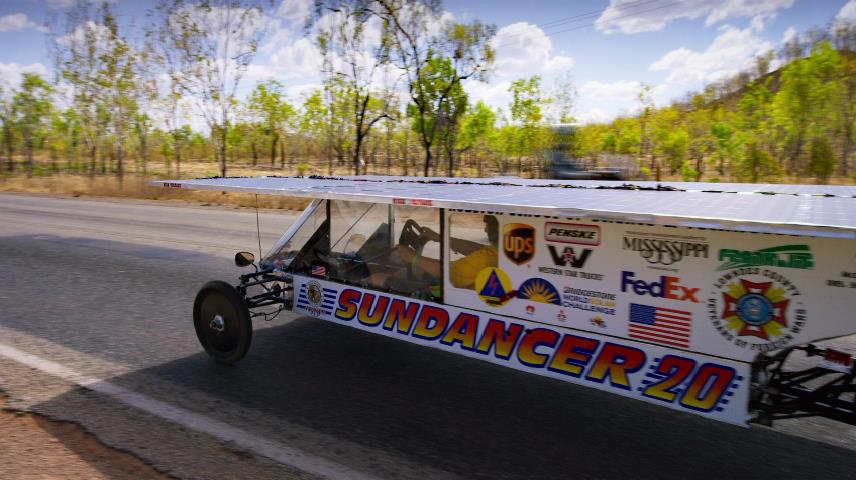 This documentary will make one appreciate the work of engineers, if not motivate you to become one yourself. Of course the short running time excludes the more laborious details found in further research. While the use of 3D here is inconsistent and all presentations are plagued with some banding, it's still a very nice film to look at overall.