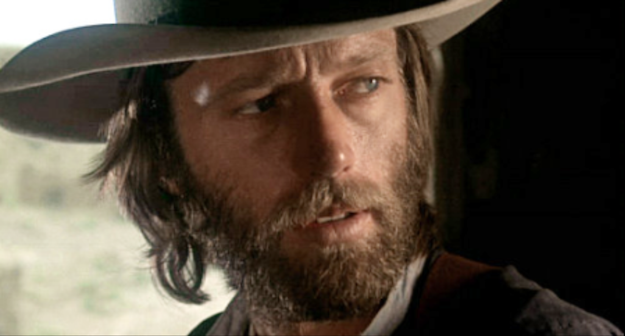 After the 1969 smash success of the low-budget counter-culture classic Easy Rider, the film's stars and creators, Dennis Hopper and Peter Fonda, had the clout to make films their own way. Both made deals with Ned Tanen's newly created "youth division" at Universal Pictures, an entity created to further mine the counter-culture for more low-cost, high-return hits. Hopper went to Peru to create the infamously indulgent (but honestly excellent) film maudit, The Last Movie (which is thankfully getting a Blu-ray release later this year). Fonda went to New Mexico to take his first stab at directing with The Hired Hand. Both films deconstruct the Hollywood western in their own way, and both were snubbed by audiences when they were released in 1971.

Of the two, Fonda's film looks far less radical now, but that's not meant as a slight. The Last Movie is just that much more expressive and insane. Even with numerous atmospheric visual flourishes acting as transitions throughout the film, The Hired Hand takes a comparatively minimalist approach to telling its story. To paraphrase Martin Scorsese's comments on the film (included in the bonuses on the Blu-ray), The Hired Hand was once dubbed an "anti-western," but now it just feels like a western.

Fonda stars as Harry Collings, a farmer who left his wife and baby daughter to rove the country aimlessly. Warren Oates is his partner, Arch Harris, who has been riding with Harry for seven years. The film doesn't dwell on backstory too much, so it's hard to tell if these two might be outlaws at this point, but they sure know how to use the pistols that they're toting. And unfortunately, those firearms come in handy. A shady gang boss (Severn Darden) takes a liking to the horse which belongs to the young man who is currently riding with Harry and Arch (Robert Pratt). And rather than just admire the animal, that gang boss kills that young man. Then, Harry and Arch have to shoot their way to safety.

It's easy to see how Harry could get tired of this kind of life. He decides to go back home, and see if there is anything still there for him. Arch goes along, because they're ostensibly on the run; however, one gets the sense that they've been together too long for Arch to want to separate just yet.

Verna Bloom is Hannah, the abandoned wife, who told her daughter that her father is dead and doesn't feel like resurrecting him now. Harry offers to live like a hired hand, helping to revitalize the place and maybe slowly earning the right to be a husband and father again. Hannah is suspicious that he'll just wander off again (and who can blame her?), but she lets him and Arch stay.

And that's really about it plotwise. Inevitably, Severn Darden's baddie from act one comes back in act three, but the heart of the film rests with the triangle of Harry, Arch, and Hannah. Warren Oates was made for this kind of picture, with his off-kilter earthiness anchoring -- and often stealing -- the show. Oates also knows how to underplay Arch's emotions without letting them go unnoticed. We get the sneaking suspicion that Arch gradually falls for Hannah, even before one exquisitely subdued bit of physical contact makes his yearning explicit. Verna Bloom similarly brings an intelligence, toughness, and dimensionality to Hannah that allows us to see what the years have been like for her without having to say a word.

Only director-star Peter Fonda is a little hard to get a handle on, performance-wise. In his less-than-laudatory review for this site, DVD Savant referred to Fonda's acting as "vacant." I love this film, but I have to agree. Whereas his costars have clearly grounded themselves in specific choices and emotions, Fonda decides to make Harry ambivalent and vague. I think it works, oddly -- especially considering the way that the film concludes -- but it's a decision that doesn't feel thoroughly considered.

While the performances of the lead cast shouldn't be discounted, most viewers of The Hired Hand probably remember it best for its dreamy, slo-mo atmosphere, created by a perfect storm of Vilmos Zsigmond's sun-drenched photography (this was his professional breakthrough, right before getting hired on McCabe & Mrs. Miller), Frank Mazzola's super-imposition-and-montage-heavy editing, and Bruce Langhorne's minimalist, acoustic-guitar-driven score. Even if you're not high, the effect is intoxicating. 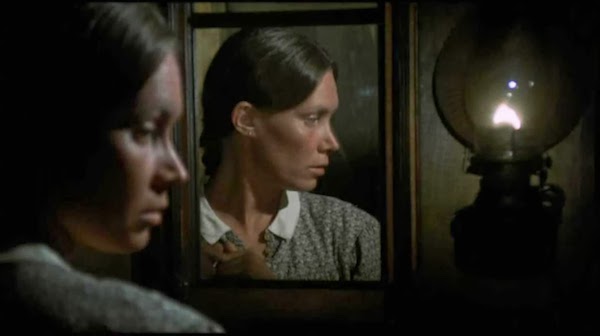 The Blu-ray
The Hired Hand comes with a reversible sleeve, including new cover art by Sean Phillips. A full-color booklet, including writing by Kim Morgan, is also provided. (No note on Arrow's website about whether the booklet is a first-printing-only inclusion, but since that is their standard M.O., I'm going to assume it's the same in this case.)

The Video:
Vilmos Zsigmond's cinematography is given its due in this excellent AVC-encoded 1080p 1.85:1 transfer. Because of its many montages and unusual transitions, the film is heavy on opticals. This reduces the clarity in certain portions, but in the more straightforward moments, the images are richly sunbaked and sharp as a new blade. If there is any dirt, it is negligible. The HD master dates from the 2001 restoration of the film, but it has held up well, and Arrow is smart enough not to compress or hamper it in any way. An excellent presentation.

The Audio:
Like the visuals, there's a certain amount of stylization to the film's sound mix. This LPCM mono audio presentation does an excellent job of translating that to the home experience. Dialogue and effects are clear and intelligible. Bruce Langhorne's music is atmospheric and well-supported. One subtitle option: English SDH.

Special Features:
A majority of these bonus features are ported over from Sundance's 2003 2-DVD release of the film. 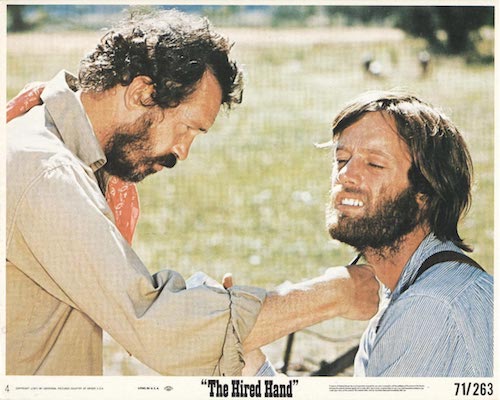