A touching, real portrait of growing up today 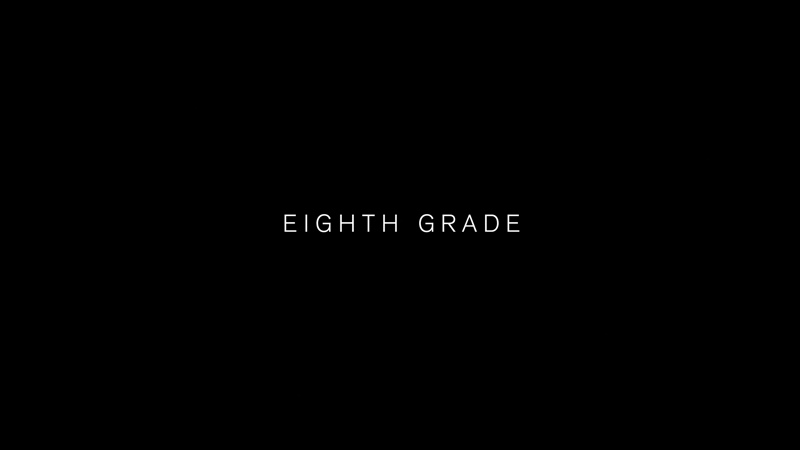 First things first, this was a difficult film to watch, mainly because my own daughter is just a year younger and a grade behind Kayla (Elsie Fisher) the heroine of Eight Grade. Not only that, she shares a remarkable amount of interests and behavioral elements with the star of this story, so that, watching Kayla sputter and struggle felt like watching my own little girl suffer the cruel indignities of middle school life. As such, perhaps I took the battles she fights a bit harder than some, but even removing my own status as a father from the equation, Eighth Grade can put you through your paces.

Perhaps it's an amnesia brought on by the passing of time, but it doesn't feel like eighth grade should hurt as bad as it does for Kayla, an awkward young girl who seems to drift through her school experience without the aid of friends (and without a mother as well.) As so many do, she puts on a brave face for social media, posting happy selfies and confident, unwatched YouTube videos that express a desire to help others live a better life (even if the delusional advice she gives would best serve herself.) Fisher expresses a natural awkwardness that is crushingly real and makes you cheer her every action, yet fear what feels like an inevitable outcome. Burnham, writing and directing his first film, obviously understands this, and uses it to give parts of Eighth Grade a sense of dread on par with the Charles Fleischer scene from Zodiac. 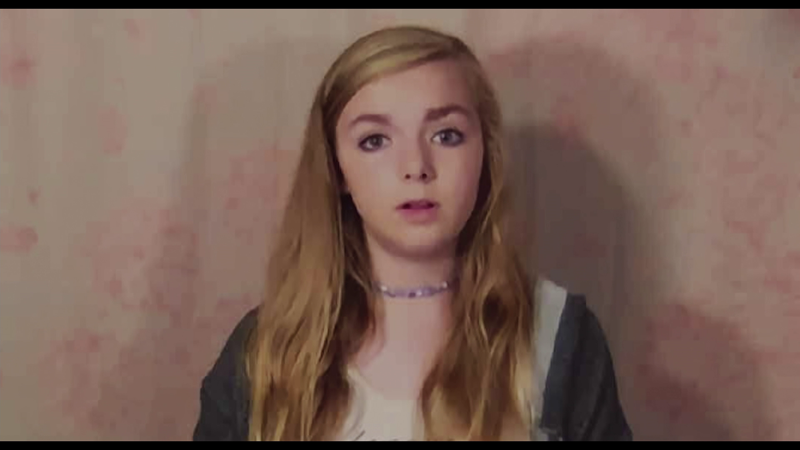 There's not much of a plot at play in this film, as Kayla just needs to get through life with her heart intact, not win the big talent show or become prom queen. As such, the film can meander through her experiences, touching on a number of disconnected moments without feeling disjointed, while never allowing the runtime to telegraph where things are headed. Kayla has to face the threat of a pool party, the challenge of making new friends and the pressures of the expectations of others, all of which are framed by the unintentional commentary of her YouTube videos, making the film flow well, even if there's no explicit throughline outside of her growing up.

Fisher, who is as real as any teen ever seen on film--literal zits and all--is remarkable, handling a number of complex, difficult moments with a naturalness that powers the film. If you can watch this film and not connect with her portrayal of Kayla, you've lived a charmed life and probably have better things to do than read DVD reviews. It should be no surprise that Allison Jones was a casting director, as the film features a fantastic youth cast, including Emily Robinson as the high-schooler assigned to prep Kayla for her move to ninth grade, Catherine Oliviere as the coolest girl in school and Jake Ryan as Gabe, who makes quite the impact as Kayla's awkward new friend, while several non-actors are mixed into the student cast. Everyone is so good at being kids on-screen there's little chance you'll know who's a pro and who isn't, putting the film on the level of an Election. And as Kayla's dad--a somewhat sidelined part in a film that's mostly uninterested in grown-ups--Josh Hamilton gives a quality performance that avoids the cliches of movie dads.

Burnham's style, working with cinematographer Andrew Wehde (who is mainly known for documentaries and stand-up comedy specials), is mostly understated, avoiding too many gimmicks or quick cuts, so when he does try for something unique it has impact, and doesn't feel like it was done purely for the visual kicks. One shot, a zoom out with a camera move to set the scene of one of Kayla's most trying obstacles, paired with the perfect musical cue, does more to establish what's happening than any dialogue the wordless moment could have been sullied with. Meanwhile, his visualization of the life Kayla lives online--done practically and through editing--is better than anything that's come before in terms of cinema's idea of the internet. Burnham may not be a father and he may have never been a 13-year-old girl, but there's no denying he understands the lives the characters are living and can tell their stories very well. 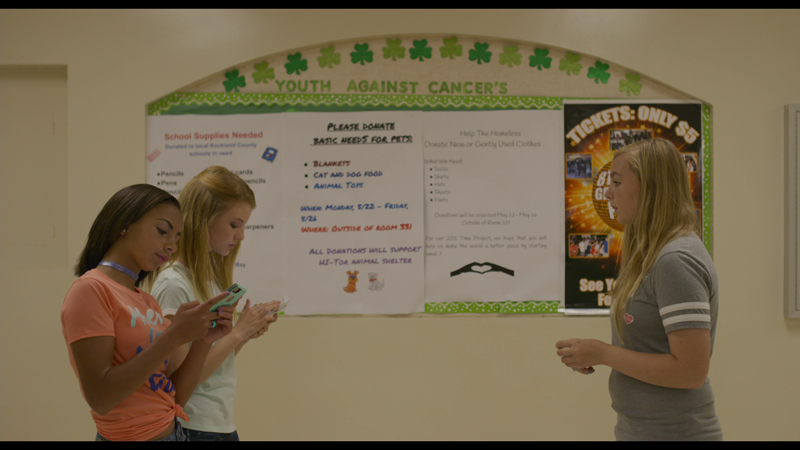 Eighth Grade arrives on a Blu-ray disc, packed in a standard-width keepcase, which is held in a slipcover that repeats the cover art. The disc features a simple animated menu with options to watch the film, select scenes, check out the bonus features and adjust the set-up. There are no audio options, but subtitles are available in English SDH and Spanish.

The 1080p, 1.85:1 AVC-encoded transfer on this Blu-ray looks gorgeous from all angles, handling all the challenges the movie can throw at it, whether it's the several dimly-lit scenes or the beautiful blending of social-media imagery. The level of fine detail is quite high, showing off the impressive costumes and production design in the film. Color is spot-on--even if the film leans toward muted, realistic hues--and black levels are nice and deep. Though shot digitally, there's a cinematic look to the image, which is expectedly clean and free of problems--inherent in the source or the move to Blu-ray--as a modern film should be.

Presented with an DTS-HD MA 5.1 track, the film sounds great, mainly thanks to the stunning score by Anna Meredith, which uses synth to craft a wonderfully effective atmosphere, with a strong low-end that punctuates the film's emotion. Beyond the strong music, which fills all the speakers, the dialogue is clean and easily understood, and sound effects get proper prioritization and placement, with crowd scenes using the surrounds to good effect (especially the pool scene, which may be the best sonic moment of the movie.) There are no issues with distortion with the sound.

The biggest and best extra here is an audio commentary by Burnham and Fisher. They have obviously formed a solid relationship in their time working together, and that manifests itself in a thoughtful, yet entertaining track where they cover all the bases of the production--like how Burnham shot the Internet in the movie--and provide a look into the whys of what ended up on the screen (and touch on Rick & Morty's toxic fandom). Fisher isn't a movie veteran, so her perspective leads her to ask questions and make comments that reflect a wide-eyed view of the filmmaking experience, while Burnham's enthusiasm and personal connection to the film helps match her energy. Even so, they both have insightful things to say about the movie, even if it's just to point out where things happened coincidentally.

For more of a direct making-of, there's the 14:49 "You're Not Alone: Life in the Eighth Grade" which is made up of interviews with Burnham and his cast, as they talk about why they made the movie and the thought behind the cinematography.

There are five deleted scenes, running 11:55 in all, so obviously these are not minor cuts. There's a montage of moments from Kayla's school life that weren't seen in the film, an extremely awkward scene between Kayla and a fellow student, and a trio of scenes with Gabe, which were certainly not needed, but were enjoyable to watch.

Wrapping up the film extras is a 2:33 music video setting some of the film score over uniquely animated clips from the film. It's an impressive work of art.

Also on the disc are a quartet of trailers, including The Knack...and How to Get It, Billion Dollar Brain, Modesty Blaise and The Bed Sitting Room, while in the package is a code for a digital copy of the film. 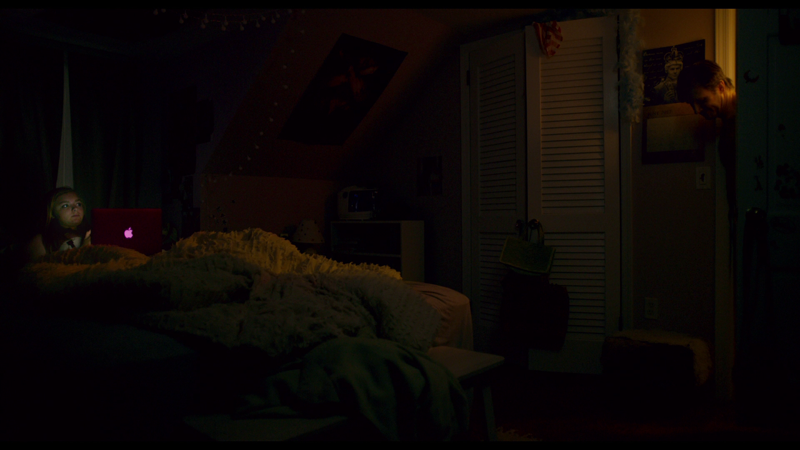 From the first time I saw Bo Burnham perform, it was obvious there was something special about him, and now, after he's made his feature directing debut with Eighth Grade, it's obvious that he's a truly gifted and insightful artist. Touching, stylishly constructed and utterly real, this film just may be the first to capture the complex, heartbreaking world of a new generation raised with constant, yet ironically limited connection (not to mention the fear of school shootings.) Lionsgate has delivered the film in great shape and supplemented it with a solid package of extras that provides insight into an important new filmmaker and a talented newcomer in front of the camera. Though it may be a tough watch for anyone with a child in this age range, it's a fantastic film that hits all the right notes.
Francis Rizzo III is a native Long Islander, where he works in academia. In his spare time, he enjoys watching hockey, writing and spending time with his wife, daughter and puppy.Follow him on Twitter