The zombie Christmas musical we were waiting for 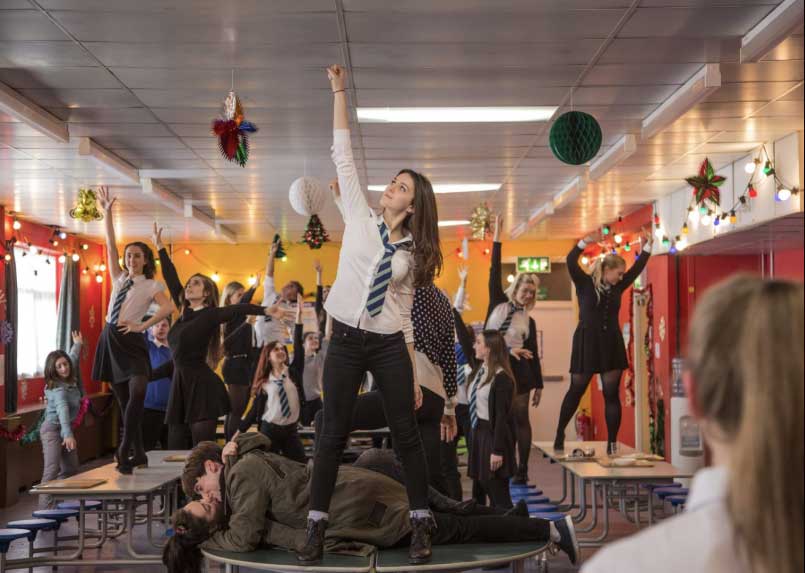 The easy comparison for Anna and the Apocalypse is obviously Shaun of the Dead, the beloved zombie horror-comedy from Edgar Wright. They both take place in a UK locale (Anna shifting the scene to Scotland.) They both feature a gang of pop-culture obsessed folk in over their heads against a zombie outbreak. They both feature a healthy amount of scares, gore and filmmaking panache. But only one of them takes place at Christmas, and only one of them is a full-fledged musical.

High-school student Anna (Ella Hunt) lives with her widower father and plans to wait a year to go to college in order to travel, which doesn't sit well with her concerned dad. Her circle of friends include nice guy John (Malcolm Cumming) who fills the role of the before who wants to be more, Chris (Christopher Leveaux), who is focused on capturing the world around him with his phone, and his girlfriend Lisa (Marli Siu), a slightly dim singer, while bad boy Nick (Ben Wiggins), whom Anna had an unfortunate dalliance with, and idealistic foreigner Steph (Sarah Swire) round out the core of the film.

One day, an outbreak turns the people of Scotland into blood-hungry undead, in a development that takes a bit too long to arrive, following a couple of delightful musical numbers that establish the characters. The reveal, which takes place in another bit of song and dance, happens around Anna and John as they block out the world with their earbuds. The contrast between the song and the horror unfolding behind them works well, and the scene shifts gears from the teen drama of the start of the film to the fight for survival to come (as well as their clash with their incoming headmaster Arthur Savage (Paul Kaye), the kind of preening villain that could only exist in a musical.) 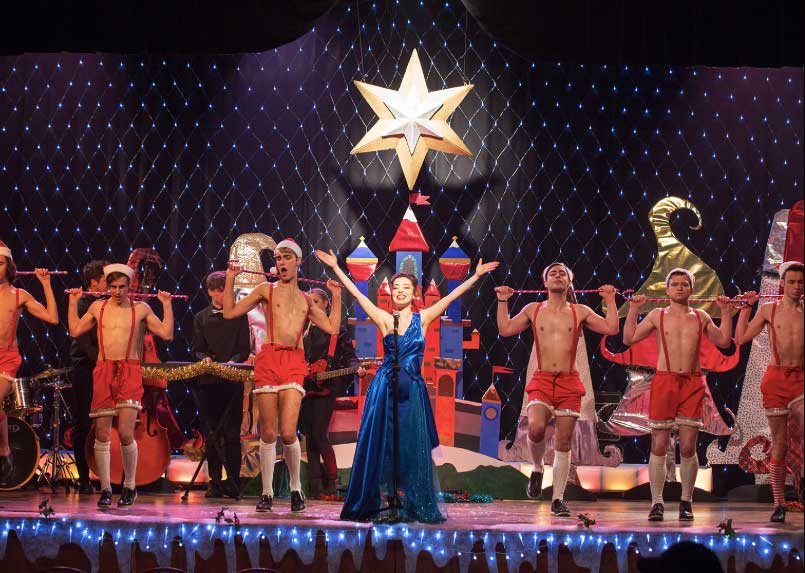 Director John McPhail picked up the reins on the film after creator Ryan McHenry (the mind behind the "Ryan Gosling Won't Eat His Cereal" meme and the original Zombie Musical short) passed away at the age of 27. Though not experienced or even knowledgeable about the world of musicals, he showed a deft hand with the film's song and dance numbers, and working with cinematographer Sara Deane, he established a nicely stylized visual style that adds to the heightened reality of the musical without resorting to gimmicks, and he wrangled a relatively green cast through a challenging film that required them to play the same characters in two realities.

If there's any problem with this film, it's that it is a bit all over the place. That shouldn't exactly be a surprise considering it's a zombie Christmas musical--that's a lot for two films, no less one--but there's a clash of tones as the film switches willy-nilly between outrageous silliness and whole-hearted earnestness, and it's asking a lot of the audience to go along for the ride. There are some very heavy moments that don't blend well with someone smashing a zombie's head with a pair of bowling balls. There are also a few attempts at what plays like a message, with the aforementioned earbuds distraction and a song following the failure of their cell phones that pines for connection outside of technology, but it's a thread that isn't followed through enough to be a theme for the film (especially when technology saves the day at times.).

The thing is, in a musical, good songs can cover a multitude of sins and that's certainly the case with Anna & the Apocalypse. Thanks to first-time musical composers Roddy Hart and Tommy Reilly, this is a film with a soundtrack full of soaring ballads, driving rock tunes and toe-tapping dance numbers, and there's not a bad one in the mix, whether it's the Queen-like "Soldier at War", the innuendo-laden torch song "It's That Time of Year" or the right-out-of-Rocky Horror "Nothing's Gonna Stop Me Now". Of course, some are better than others, and the film offers up several showstoppers, including the film-opening "Break Away", the radio-worthy "Hollywood Ending" and the duet "Give Them a Show." The batting average here is ridiculous for a pair of newcomers.

Of course, no matter how good the songs are, you need a talented cast to make a musical work, and this team is made up of some talented young actors. As Anna, Hunt is the kind of teen heroine who will inspire plenty of crushes and hero-worship via her hard edges and open emotions, and her voice ensures that the key songs make an impact (and the big finale is utterly thrilling.) The others are all engaging and likable (even Wiggins, whose character is intentionally unlikable) but the film is often stolen by Siu and Swire. Siu's naive Lisa gets a number of laughs, but her spotlight song might be the funniest thing in the film, while Swire blends a spookily dead-on Scarlett Johansson with the comedy of Kate McKinnon, while being possibly the biggest badass in the movie. Her fight scenes only make you want to see more of her, which plenty will get over the years, as this has "cult classic" written all over it.