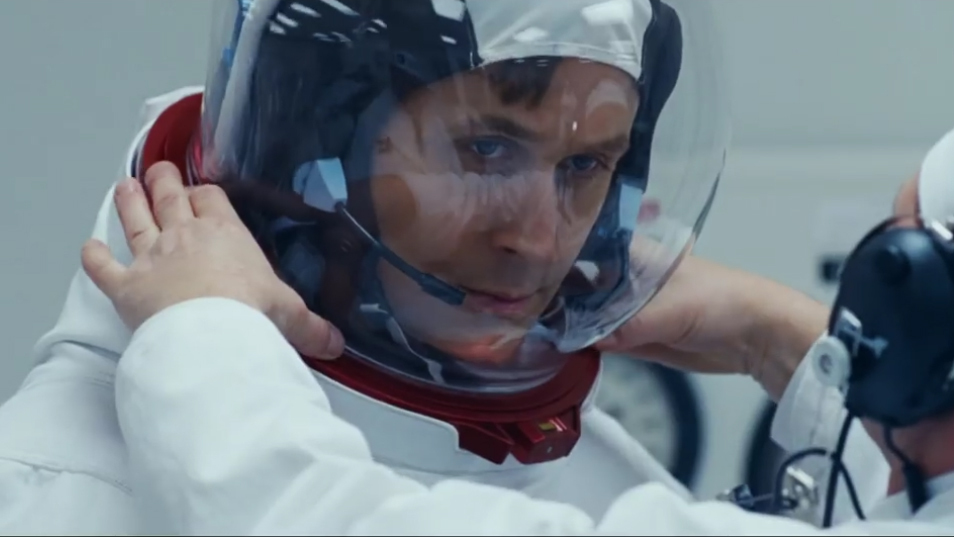 Damien Chazelle shocked us all out of our seats with Whiplash, and followed it up by winning an Oscar for La La Land, so although his filmography is limited we have learned to trust him in the director's chair, to listen to his storytelling and his music with equal and fervent focus. Taking on the true story of Neil Armstrong's first steps toward mankind's first steps on the moon is a different beast though, a biopic with less room for artistry and fantasy, a boxed-in challenge that forced Chazelle to mold his mindset to historic events. That seemed to be the biggest hurdle; could such a vibrant director take on such a straightforward project, or could he somehow force it to fit his style, even though that seemed, on the surface, to be nearly impossible. The good news is that Chazelle is smart and talented enough to find a way. The bad news is that the ceiling was only so high; or, to use a more appropriate metaphor, the film could only be blasted so far before it would inevitably fall back down to Earth.

Overcoming great odds, near death experiences, and a family tragedy, Neil Armstrong would become the first human to ever set foot on land outside our planet, making history not only with his accomplishments but with his perseverance, showing the world what determination, teamwork, and tenacity can accomplish. Neil was an engineer and a pilot, testing planes before auditioning for a role in NASA's new space program, in their race with Russia to be the first in as many new categories as possible. Mission after mission failed, taking lives every step of the way, but ultimately dragging the team closer and closer to their ultimate goal; to reach the Moon and to return safely. Leaving a family behind to mourn his likely death, Armstrong become a pioneer and a scout, going somewhere so far away, on a journey so dangerous, that an entire global community would tune in to watch, knowing that the future was happening right before their eyes, and that this man was its herald. 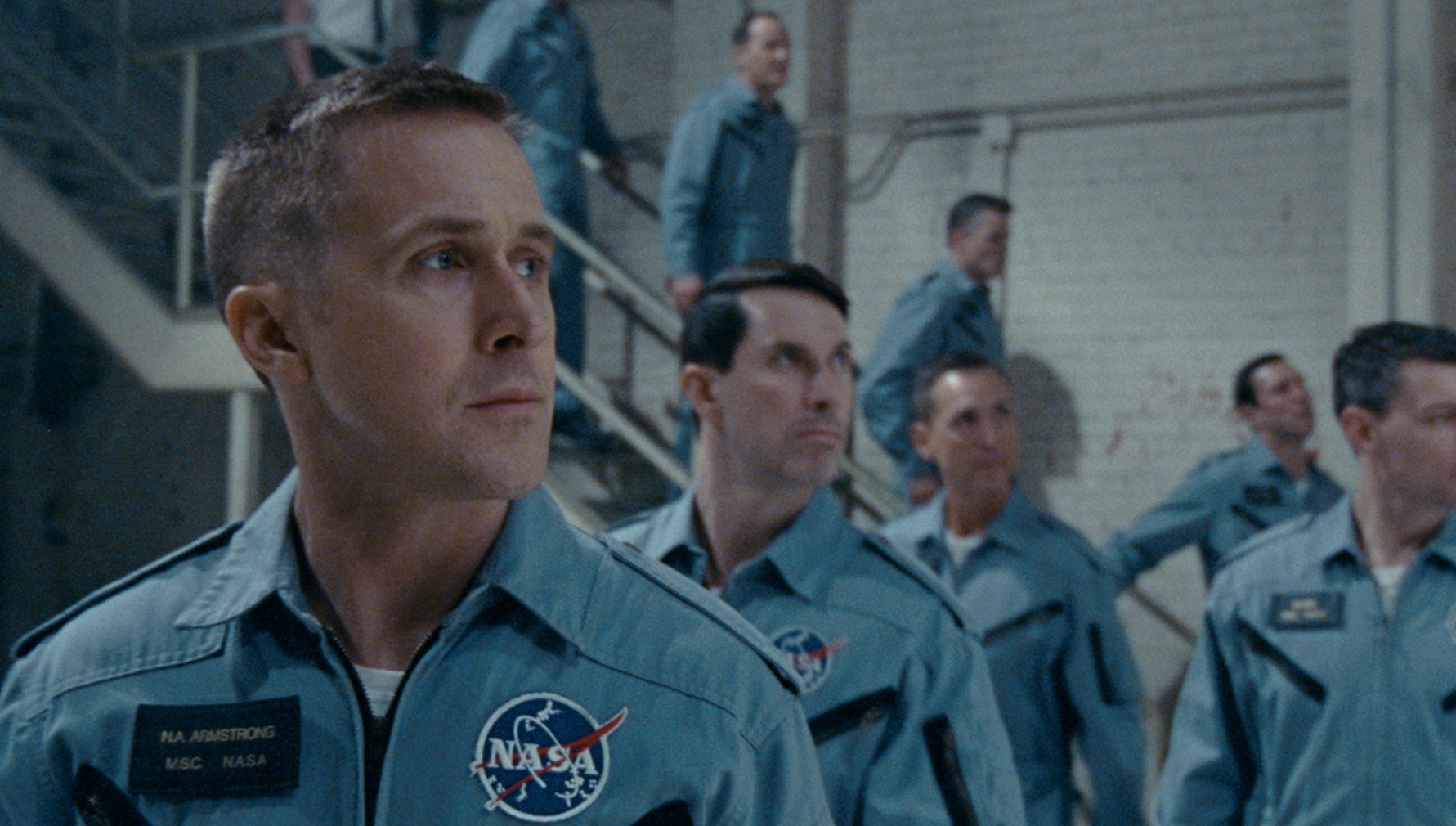 Chazelle could direct the phone book and make it compelling, he's that talented of a director, the youngest in history to win an Oscar for helming a feature film, a statistic that's meaningless since so is age, but still a firm clue to the level at which he is currently doing his job. Chazelle was able to take a true story, one we know very well and that mirrors others we have seen on screen before, and make it fascinating, give it life, force it to be personal, and still somehow add his own flavor to it, especially in the ways of camerawork and music. Although very different from his other films, you can still sense his touch and hear his voice, from the song choice to the intensity of emotion. Giving credit where credit it do, I think he was aided greatly be Ryan Gosling, who is an absolute star and an incredible boon to any filmmaker. His performance was very moving, with a strong sense of determination overlaying deep sadness, making this man something more than the mission, something more relatable than I had expected going in.

But although the combination of Chazelle and Gosling is a force to be reckoned with and hopefully will be again in the future, many other pieces of this project failed to reach the same level, and so left the movie closer to the ground than we though it might have the power to go. For one, it was often boring, simply unexciting, and while not every moment needs to be slapping audiences in the collective face, you can't stretch a story further than it can naturally go. Thirty minutes could have been chopped off the final reel and the impact would have been felt just as keenly, if not more so thanks to the lack of extra, unnecessary additions. Focus on fewer characters perhaps, after all we met every astronaut to ever enter a spacecraft, and although the cast was solid on paper, not many in it had the chance to really shine. Pablo Schreiber, Christopher Abbott, Ethan Embry, Ciaran Hinds, Jason Clarke, Kyle Chandler, Corey Stall, Patrick Fugit; all were fine, Clarke stands out as the best, but few were written with anything more to do than show up. Unfortunately, Gosling's only challenger for screen time was Foy, and she was incapable of producing the desired results. She was one-note, her accent was awful, and her character was the only one that was too large, skulking through too many scenes without a real purpose. First Man is ultimately not much more than a combination of Apollo 13 and Interstellar, with a sprinkle of Chazelle for good measure, but without the needed originality and unidentifiable "it" to take it as far as we had hoped it could go. Gosling is great, the music is too, but Foy is constantly uncomfortable, and the content meanders on for far too long, with the action only breaking the monotony sporadically. I wouldn't be shocked if this film was still in the Oscar conversation in a few months, but perhaps in a few specific categories; I don't think it packs the punch to win Best Picture.