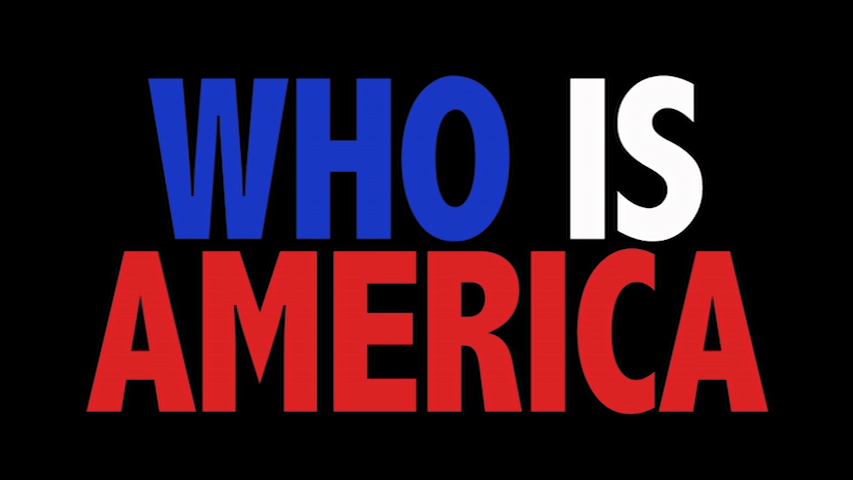 After Sacha Baron Cohen's celebrity and politician-baiting characters made Da Ali G Show a huge hit, leading to films like Borat, Bruno and The Dictator, it seemed like Cohen's profile was far too high for him to ever be able to attempt such tricks again, as no one would ever fall for it. Apparently, all that was necessary though was time, as dumb people seem to have short memories, and Cohen returned with a new roster of out-there personalities in Who is America?, which arrived with little advance notice, other than the complaints of several nervous public figures tricked by Cohen, most notably former sports reporter Sarah Palin.

The characters this time around represent a split between his European roots and his American playground. There are a few that are a touch more grounded, originating from America's fractured political landscape, like Dr. Billy Wayne Ruddick, Jr--a dim-witted far-right conspiracy theorist--and Dr. Nira Cain-N'Degeocello, an ultra-liberal northeastern professor. The European characters are more exaggerated (somehow), including British ex-con culture explorer Ricky Sherman. Italian Richard Branson stand-in Gio Monaldo, Finnish online toy unboxer OMGWhizzBoyOMG! and the most effective character, Israeli anti-terrorist expert Erran Morad. They all somehow manage to get political figures, low-level reality TV celebs and pretentious cultural arbiters to let down their guards and embarrass themselves far too readily. (That Joe Arpaio, David Clarke and Jan Brewer thought it made sense to sit down with a Finnish YouTuber who opens Shopkins toys in any context says pretty much everything about them.) 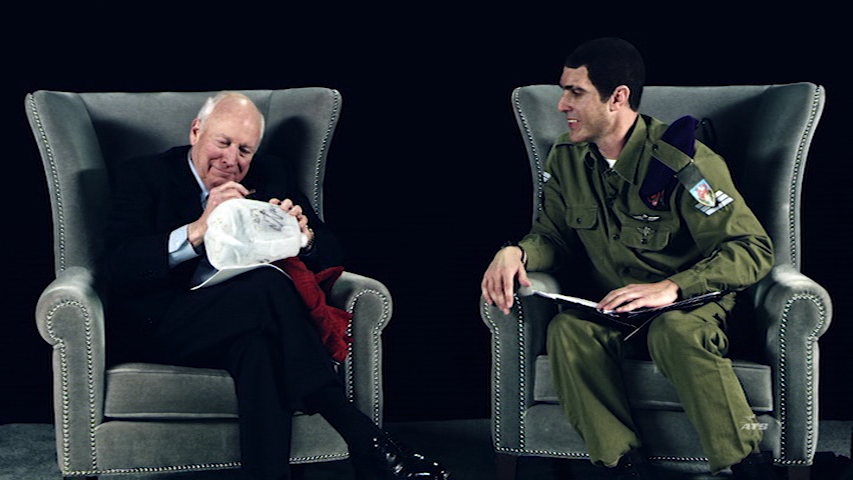 Unfortunately, as we've seen from the recent midterm elections, in which open racists, incompetent candidates and criminals all won seats, being a moron and a monster doesn't prevent you from being voted in as a Republican or keeping your job once you're in, so the behavior seen from the conservative subjects in this show don't have real lasting consequences, and, at this point, to see them use awful, dehumanizing language and express hateful points of view is hardly shocking. (Only one subject is known to have given up their office as a result of their nonsense.) These people express these views in front of any camera, public or private, whether tricked or not. To see the residents of a small town defend hating the idea of a mosque being built in their town by saying they don't like black people but they tolerate them is hardly surprising, nor is the ridiculous willingness of gun lobby-funded ninnies like the now-former Congressman Dana Rohrabacher to put weapons in the hands of toddlers.

Conservatives aren't the only targets here, as there are plenty of left-leaning or apolitical figures fooled into sitting down for an interview with the Trump-loving Ruddick, including Sen. Bernie Sanders, Ted Koppel, Dr. Francis Collins and Barney Frank. Even if the interviewee tricked were liberal, the joke is more focused on the stereotype represented by Ruddick, making fun of his lack of intelligence and understanding and his willingness to accept anything that confirms his preconceptions. You could argue that there's something to be said about someone willing to spend their valuable time with someone so obviously dumb, but that's secondary at best. Similarly, the segments with Cain-N'Degeocello are making fun of an extreme concept of liberalism--he practices a life view that takes political correctness to the Nth degree--but it's the reactions of the conservatives he interacts with that are the real focus, as they either accept his extremism as the norm for liberals or react angrily to him.

If the show doesn't work as an exposé (and it tries real hard at that, including attempting to get O.J. Simpson to admit guilt) it had better work as a comedy, and it doesn't really nail it on that front either. There are a few humorous moments, like a segment that sees Morad convince men to put on a fake quinceanera in order to trap undocumented immigrants (the denouement is fantastic) but otherwise the subject matter is too disturbing to be funny. One sequence involves Morad convincing a man to disguise himself as a lesbian at the Women's March, during which the subject makes the choice to kill a stranger via a remote-controlled bomb because of the target's liberal beliefs. Between that, the enthusiasm to arm toddlers, the hateful small Arizona town Dr. Cain-N'Degeocello faces off with, and the freely-expressed views of bigotry on the part of public officials, it's not exactly a laugh riot. 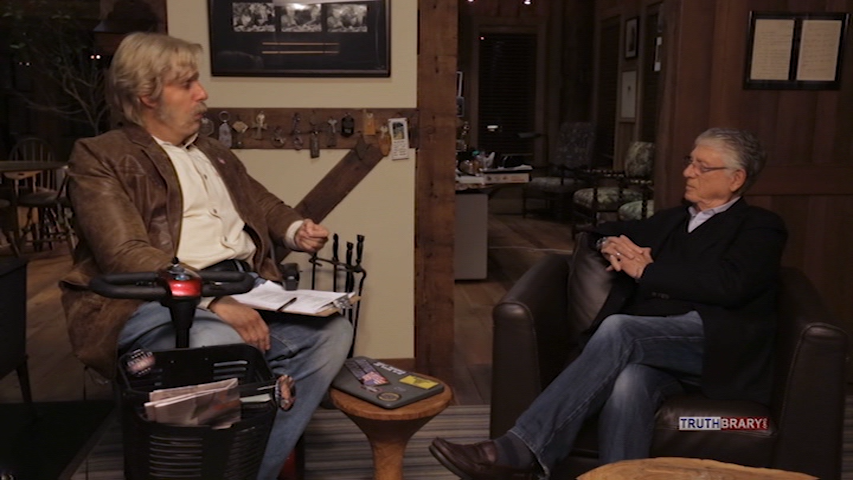 The seven episodes of the first and likely only season of Who is America? are spread over two DVDs, which are packed in a clear standard-width keepcase with a tray for the second disc. The case has a two-sided cover, with episode descriptions on the inside, while the box is held in a slipcover that repeats the cover art. The static, anamorphic-widescreen menus (which mimic the show's title sequence, but contain a rather obvious spelling error) offers options to play all the episodes, select shows, adjust the setup and check out the extras (where applicable). There are no audio options but subtitles are available in English SDH.

The anamorphic, widescreen transfers on these episodes are appropriately bright and colorful, with a decent level of fine detail for a standard-definition release. THe video shows no ill effects from the transition to digital, as the images are crisp and natural, which is just what this program needed.

Presented via a Dolby Digital 5.1 track, the sound here is very simple for most of the show, as the dialogue is almost entirely focused on the center channel, with the surrounds kicking in for the music of the title sequence and the segment beds, with some very minor atmospherics during scenes shot outdoors. The low-end is only noticeable during some of the music elements, mainly the opening and closing titles.There are no issues with distortion at any point.

The extras (found on disc two) are made up of excised footage from the season, starting with 14:33 of deleted scenes from across the seven episodes, including a gun lover showing how to punch a six-year-old girl, the ex-con offering his dinner guest a tattooed piece of meat and a cake with a disgusting topping, a clip of Jan Brewer unboxing a Shopkin, more of Dr. Mira and his inappropriate children's books, Ruddick getting confused over his prostate, and Morad putting online trolls on toilets. There's nothing here that's better or worse than what's in the episodes, though the Ruddick clip is amusing because of his guest's reaction.

The rest of the extras is made up of a trio of extended cuts of the segments with Dick Cheney (8:06), the Arizona town against a mosque moving in (7:21) and Apaio (7:36). The re-inserted jokes fall along the same lines as what made it into the show, there's just more of them. 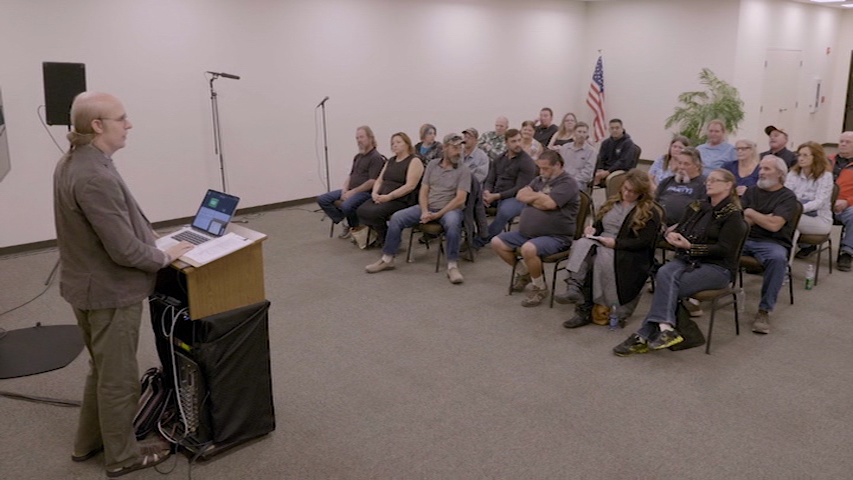 Who is America? is an impressive experiment in human behavior and showcase for the crew's technical skills and Baron-Cohen's acting, but as entertainment it unfortunately falls short, with the disturbing truths revealed overpowering any comedy that results. The episodes are in fine shape, and there are a few bits of previously unseen footage to check out, but none of it increases the amount of laughs this set can provide.
Francis Rizzo III is a native Long Islander, where he works in academia. In his spare time, he enjoys watching hockey, writing and spending time with his wife, daughter and puppy.Follow him on Twitter