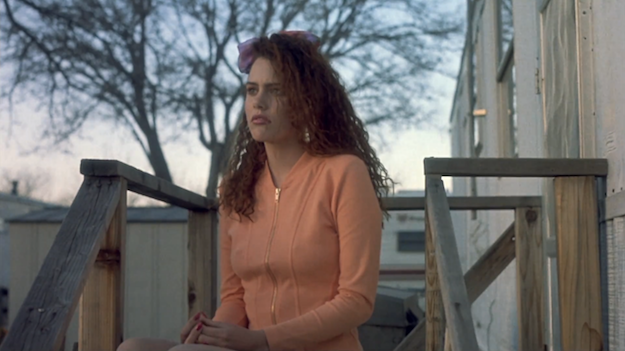 Along with Alexandre Rockwell's In the Soup and Quentin Tarantino's Reservoir Dogs, the low-budget family drama Gas, Food, Lodging from Allison Anders (Grace of My Heart, Border Radio) was one of the breakout films of the 1992 Sundance Film Festival, at the moment when Sundance announced itself as the center of the movie universe -- at least for a few years.

In the intervening quarter-century, only Reservoir Dogs remained in the forefront of the cinematic conversation, which is unfortunate. In the Soup is still a fresh and unexpected dose of offbeat comedy, with great performances by Steve Buscemi and Seymour Cassel. And, as Arrow Academy's new Blu-ray release makes apparent, Gas, Food, Lodging is an exquisitely layered character study, whose seemingly effortless naturalism could be (and has been) viewed by less attentive viewers as ordinariness.

Gas, Food, Lodging is a film where there doesn't seem to be a "big" story, but Anders's script (credited as being an adaptation of a Richard Peck young adult novel, although Anders admits that she threw most of the book out) percolates with dozens of little stories for each of its characters. Set in the made-up small town of Laramie, New Mexico, Anders creates a lived-in portrait of a single mother and her two teenage daughters. Much of the film is seen through the eyes of the younger daughter, Shade (Fairuza Balk, looking like a baby), who spends most of her free time in a local theater watching black-and-white Mexican movies without subtitles. Like many an innocent steered wrong by the movies, she figures if she can find a man for her mom like the ones she sees onscreen, she can solve everyone's problems.

Of course, nothing is so simple. In the interview included on the Arrow disc, Anders says that she wanted to make sure that the mother character Nora, played by Brooke Adams, was a full-blooded woman and not just a two-dimensional being who simply looked tired from working, while the rest of the story went on around her. And so Nora has romantic entanglements with the charming but decidedly married Raymond (Chris Mulkey), while a kind but somewhat goofy satellite TV salesman (David Lansbury) similarly vies for her attention. In a charming sequence, Shade invites Raymond over to dinner, to set him up with her mom, not knowing that the two of them already know each other and have already broken it off. They pretend to be strangers for the dinner, but Shade's verdict for Raymond is clear: "You blew it."

Ione Skye (Say Anything...) is cast against type as the rebellious older daughter Trudi, who skips school and goes all the way with all the boys. This leads to fights with mom, and threats of being kicked out of their beyond-humble mobile home. Anders does an excellent job of making it clear that Nora and Trudi are too similar, and that's why they fight. Without ever resorting to dialogue like, "You're making the same mistakes I made," we can see Trudi becoming Nora, and Nora being horrified by it. Trudi falls for a visiting British geologist with the ultra-'90s name Dank (Robert Knepper), but one can't help but wait for the other shoe to drop: in the world of Gas, Food, Lodging, men often go back on their word and the women have to pick up the pieces.

James Brolin makes an unexpected appearance as the father who left Shade and Trudi years ago. With his rugged good looks and natural charm, he seems to be the perfect dad that Shade has been hoping for all these years. But Brolin manages to show the damage and the weakness in his character without much heavy lifting too. Just as quickly we can see why things didn't work out before, and why they likely won't work out again.

While the deftness of Anders's writing and the assuredness of her direction should not be discounted, Gas, Food, Lodging really astonishes thanks to the chemistry of its cast. Brooke Adams, Ione Skye, and Fairuza Balk look and act so much like a family that it's uncanny. When Adams and Chris Mulkey poke the dying embers of their illicit affair, the history between their characters becomes palpable and weighs on every moment they share. Even when Balk's character encounters some potential teenage suitors, in the form of the androgynous Donovan Leitch and the self-possessed Jacob Vargas, there's more electric reality than cuteness in their meet-cutes.

I find myself saying this far too often, but it feels particularly true in the case of Gas, Food, Lodging: hopefully this new Blu-ray will spark new interest in this entirely worthy but unfairly slept-on gem. 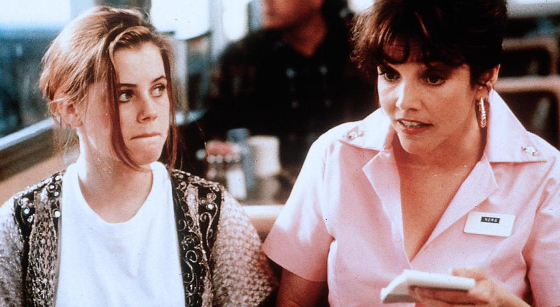 The Blu-ray
As usual, Arrow's packaging comes with a reversible sleeve, featuring new art by Matthew Griffin on the outside and art taken from the original British quad poster (quite different from the US poster/video box) on the inside. First pressings include a booklet, featuring a short story by Davy Rothbart inspired by the film, called "Shade."

The Video:
It seems doubtful that Sony went back to do much in the way of remastering for this AVC-encoded 1.78:1 transfer. It's a solid reproduction, but nothing special. Fairly grainy and soft in sections, which is partly a product of the low-budget shoot, but we've seen low-budget movies treated with more TLC than this. No significant dirt or damage, though, and only the pickiest viewer will be put off for more than a moment, once the film starts to unspool.

The Audio:
A satisfying lossless upgrade from this LPCM 2.0 stereo audio presentation. Dialogue is clear and understandable, while the moody guitar score from Dinosaur Jr's J Mascis is effectively placed in the mix and well-supported. One subtitle option: English SDH.

Final Thoughts:
Seen nearly 27 years after its Sundance premiere, Gas, Food, Lodging is possibly more impressive than upon its original release. With its layered script, assured direction, and brilliantly cast ensemble, this is a film that lives and breathes like so few films do. Arrow's supplements are small in quantity but high in quality, offering generous context for the film. If you've never seen it, or you haven't seen it in years, treat yourself to this disc. It's Highly Recommended. 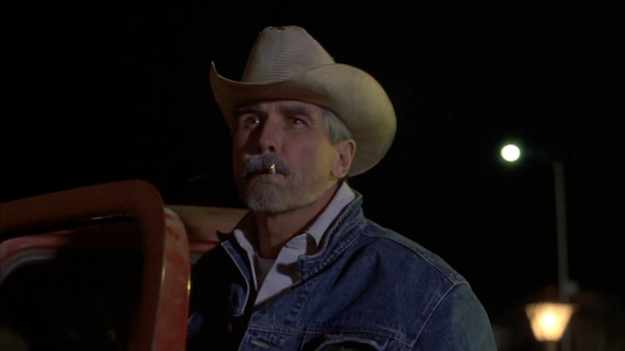