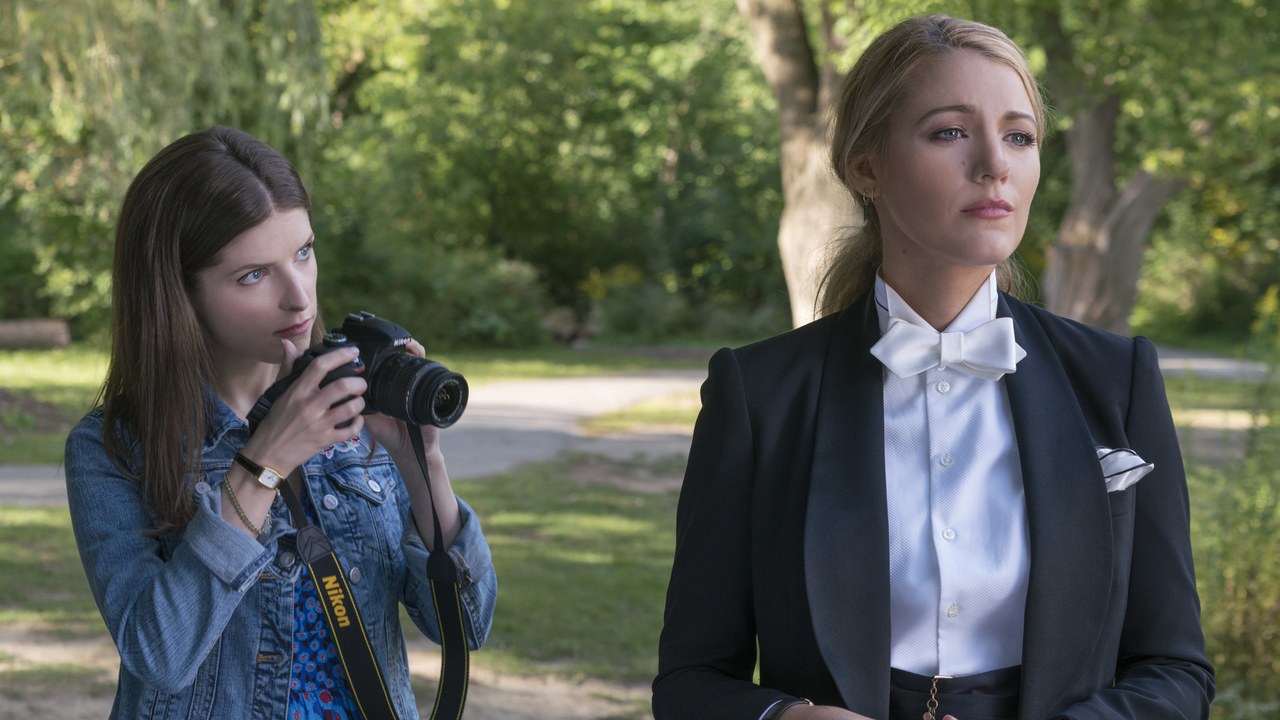 This interesting slice of black comedy and drama snuck up on me. I had never heard of the film upon its release in theaters last September. When a couple of friends recommended A Simple Favor, I was surprised to learn it is directed by Paul Feig (Bridesmaids) and stars the lovely Anna Kendrick and striking Blake Lively. Based on a novel by Darcey Bell, the film follows a small-town video blogger as she tries to uncover the truth behind the disappearance of her glamorous, mysterious friend. This is a film that benefits from a completely blind viewing. Do not read anything about the plot; do not watch a bunch of clips online; and do not read any reviews that spoil the twists. That said, I'm going to keep my discussion as diplomatic is possible, but I recommend coming back to these paragraphs after you have given this disc a spin.

Spoilers ahead! Any movie that gives almost fetishistic attention to Lively making a gin martini is OK in my book. I also had the phrase "brother fucker" stuck in my head for a week after watching this. Once you know what I am talking about, you'll know why. Kendrick plays Stephanie Smothers, mother to Miles (Joshua Satine), who is "that parent." She signs up for everything at her son's school and treats him like a prince. Miles befriends Nicky (Ian Ho), the son of Lively's PR director Emily Nelson, who is decidedly less involved in Nicky's daily life. Stephanie finagles a play date for the boys, and she and Emily retreat to Emily's mansion and begin swapping stories. Emily has a number of quirks, including her blanket refusal to have her photo taken, and laments that husband Sean Townsend (Henry Golding) has failed for a decade to write a follow-up to his bestselling novel. A few weeks later, Emily phones and asks Stephanie to pick up Nicky from school. Late that night, Stephanie calls away-on-business Sean, who fears Emily will not return.

To say that shit goes off the rails in A Simple Favor would be an understatement. Shooting from an acerbic screenplay by Jessica Sharzer, director Feig keeps things moving at a blistering clip, towing the line between drama, thriller and dark comedy at all times. Kendrick was the perfect actress to play Stephanie, who maintains her outward innocence while cozying up to Emily's husband Sean after her disappearance. As detectives continue their investigation, they are puzzled to find Stephanie assuming the matronly duties at Emily's house as she seemingly searches for her friend. Stephanie's V-logs, mostly about cooking and parenting tips, are interspersed throughout the movie. In them, she laments the absence of her "best friend Emily." The kicker is that she has known the woman for less than a month. Lively is similarly perfect in her role. She looks downright glamorous and is adept at both quick-witted quips and showing the pain behind the icy veneer.

You start to understand where A Simple Favor is going as the story moves toward the final act. That is also kind of the point, and part of the reason Feig's film maintains an undercurrent of black humor. Some of the revelations are serious, but they're also unspooling in a heightened, humorous reality. The acting is strong across the board, including the performances by the child actors, and the pleasing cinematography by John Schwartzman and effective editing by Brent White further buoy the proceedings. After watching thousands of movies in my three decades on earth, I am always impressed when a film feels unique. A Simple Favor fits that bill and, while I am not sure if it will hold up to numerous repeat viewings, I was totally engrossed in its purposely messy, entertaining storytelling from start to finish. Watch it without knowledge of what you will see for best effect.

Lionsgate provides a gorgeous 2.00:1/1080p/AVC-encoded image for A Simple Favor that offers abundant fine-object detail and gorgeously saturated colors. This is an attractively shot film, with attractive cast members and gorgeous sets, and this HD image complements those surroundings with a hearty bitrate and near-complete lack of technical hiccups. This digitally shot film was mastered at 2K, and the image is crystal clear throughout. Close-ups reveal intimate details in fabrics, sets and on the faces of the actors and actresses. Wide shots are crystal clear and stretch for miles, and the film looks great in motion. Colors are bold, black levels are steady and shadow detail is mostly impressive. I only noticed a brief moment of banding in this otherwise excellent image.

The 7.1 Dolby TrueHD mix is active and immersive, and there are plenty of raucous pop-music soundtrack selections (many of them French songs) to accompany the drama. Dialogue is clear and balanced appropriately amid ambient effects and score. Crowd noise, weather and traffic surrounds viewers, and a couple of action sequences provide strong sound pans. Range and clarity are excellent, and the mix provides a nice 3D effect within the confines of Emily and Sean's home when characters speak from different rooms. A Spanish 5.1 Dolby Digital mix is included, as are English SDH and Spanish subtitles.

This two-disc set includes the Blu-ray, a DVD and a digital HD copy of the film. The discs are packed in a standard case that is wrapped in a slipcover. Extras are abundant and begin with an Introduction by Paul Feig (0:17/HD):

Twisty, entertaining and darkly humorous, A Simple Favor is another strong showing for director Paul Feig. This film is best watched unspoiled, as that will provide the maximum enjoyment for viewers. The Blu-ray features strong tech specs and tons of extras. Highly Recommended.