Chicago - Now More Than Ever: The History Of Chicago

I was introduced to Chicago in the early 1980s, when their big hit "Hard to Say I'm Sorry" was all the rage- the sort of sappy ballad that I just hated. Their follow-ups such as "You're the Inspiration" had me simply write them off as a band that only did those kind of songs, staples on "adult contemporary" format stations. Later I heard a song that was much older but very catchy, "25 or 6 to 4" and was amazed to learn that it was by the same group. This had me checking out more of their earlier music and I was amazed at the difference- no light piano, strings or sappy lyrics here, just harder rhythms with a unique horn section reminiscent of Blood Sweat and Tears. I thought "Wow, they used to be great, what happened?" Of course I soon learned that this sort of thing has happened with a lot of bands that have been active for a long time, their sounds changing sometimes for the better, often for the worse. 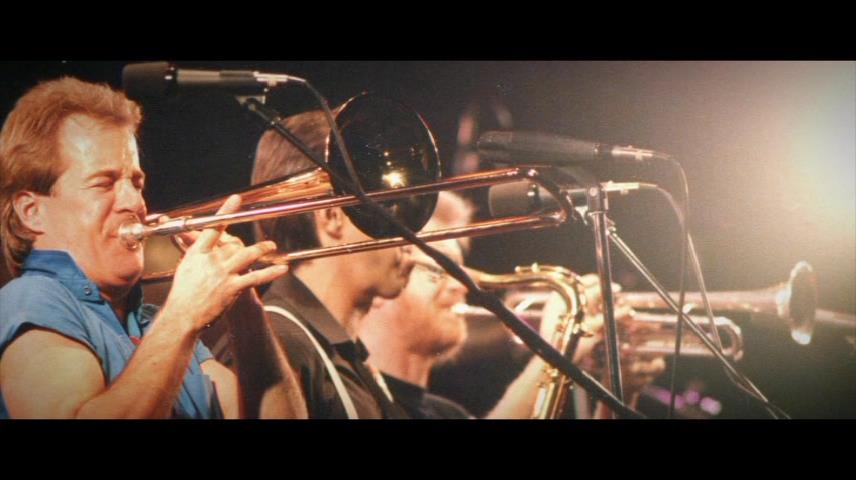 This nearly two-hour documentary on the band Chicago tells their story from their beginning in 1967 to the present day, where they still play more than 100 shows per year. Founding member Walter Parazaider tells us that the band did start in its namesake city, and he had the idea of forming together the best musicians in that area with no true "leader," letting everyone have equal input. Many of their first gigs were in local bars where they were expected to cover popular songs of the day, but they had far larger ambitions than that. They soon moved to Los Angeles where they played with Big Brother and the Holding Company's final tour, and landed a record deal where they recorded a two-record set as their debut album. (One of several details skipped over here is that they were first known as "Chicago Transit Authority" but were forced to drop that name for legal reasons.) Current and past band members appear speaking rather candidly (Peter Cetera is a notable exception, and it's noted onscreen that he declined to participate here) about the ups and downs over the following years- selling tons of albums despite not being played on the radio right away, huge concert tours, and of course backstage partying and drugs. Manager James Guercio built a studio/retreat in Colorado's Rocky Mountains where several albums were recorded as well as two TV specials from which a few brief clips are shown.

Hard times hit first when the band discovered their manager was taking 51% of all of their income, resulting in his dismissal, then the death of lead singer Terry Kath from an accident while cleaning his gun. One member stresses that one should never handle a gun while they aren't fully alert. They knew he would have wanted the band to keep going though. Their output at this point was rocky, being accused of "going disco" on 1978's "Hot Streets" album and record sales dropping low enough for Columbia Records to drop them in 1981. They soon bounced back signing on to Warner Bros. Records and working with producer David Foster, who along with Cetera charted their path towards softer ballads, phasing out the horn sections in favor of cheesy keyboards and strings, which I may not have liked but were commercially successful. The other members had mixed feelings about this as well.

The style of the documentary is largely conversational and stays more or less in chronological order. The talking-head footage is interspersed with many still photos, film and video clips from the eras being discussed, making one want to see them in full unedited form. Many Chicago songs are featured in the background also and given a rather impressive surround treatment, but rarely are they allowed to take front and center which will frustrate those hoping to hear a lot of music here. (I'd like to see a collection of their music videos, even for the songs I don't especially like- a short clip of "You're the Inspiration" surprisingly shows Cetera wearing a Bauhaus T-shirt!) Still, the pace keeps it interesting through its running time and the effect is almost as good as a dramatization of the band's story would have been, letting the audience feel the highs and lows of the events that unfold. And to my joy, their recent shows have focused more on their up-beat tracks than ballads (incidentally I highly recommend their 2005 concert disc at California's Greek Theatre with Earth, Wind and Fire.) 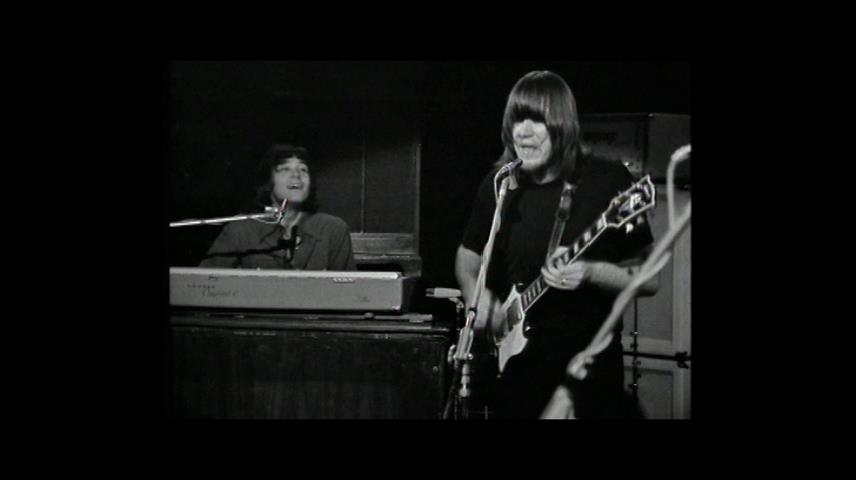 Director Peter Pardini (nephew of current band member Lou Pardini) has oddly chosen to frame this documentary in a 2.35 aspect ratio. While this provides a more ‘cinematic' feel, it's still a bit awkward as the primary venue for this will be on home screens letterboxed. Most of the archival footage is kept in its proper ratio windowboxed within the frame (video material is converted to 24 frames per second keeping with the rest of the documentary.) Despite being a standard DVD the picture quality here held up quite well not making the format's limitations very apparent (a Blu-Ray disc is available separately.)

The primary audio track is in 5.1 Dolby Digital, with speaking isolated in the center channel with music primarily in the left and right with a few songs expanded into the surround channels (you can disconnect all channels but the center and have a music-free version if you so choose). A separate 2-channel mix is also included which is also quite surround-heavy. The parts of songs that are included here sound great, and will leave you wanting to hear them in their entirety. Hearing-impaired subtitles are included which identify most songs by name but do have a few typos.

The DVD reviewed here contains no extras, but the Blu-Ray and a separate "Special Edition" DVD include some additional footage. 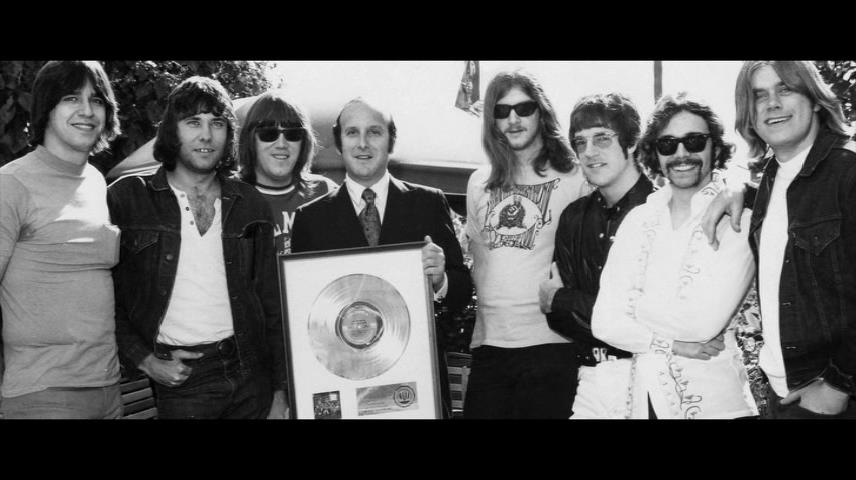 Chicago is one of the most enduring music groups in history, and their story is told here in an entertaining way. While you should obviously opt for the Blu-Ray if you can, the standard DVD isn't bad-looking at all, and will leave you wanting to seek out their complete musical performances in any form.