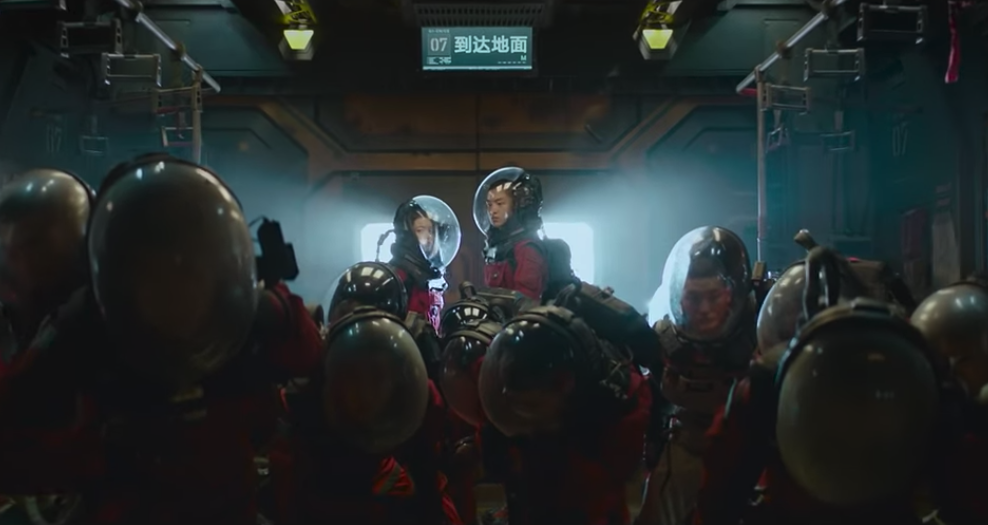 I sought out Wandering Earth because it looked to be a bigger deal than normal, a foreign sci-fi flick that has made its way to America and would force us to take notice. Only one theatre is my city was playing it, but rolled the dice when normally I would let a movie like this slide by, because I thought there was a chance that this experience would be different, that it might just blow me away. On that level, I guess I was disappointed, because Wandering Earth isn't Interstellar, it's more Armageddon, which is fun if you go in with the right attitude, but can be a let down if you expected something far greater. There were times that this film touched a higher quality, but never with consistent, obvious, apparent skill, and I was left feeling that they, and therefor I, had missed out on a chance for something special.

As the Sun begins to act frighteningly, with increased solar storms and the engulfment of the entire solar system imminent, humanity is shocked to learn that it won't be global warming that kills us, but our own star, the same bastion of heat and light that has given us so much. Space travel isn't perfected to the point of colonizing other planets yet, so that's not an option, but how about moving the entire planet out of the Sun's orbit, could that be possible? Like never before, mankind joins together to make that fantasy a reality, to propel the still-inhabitable Earth away from the dying Sun. A space station is constructed to serve as a guide and caregiver, and thousands of Earth Engines are created all over the world to push our planet out of harm's way. But years later, on our journey past Jupiter, we stray too close, and that gas giant begins to pull us toward our inevitable doom. By this time, humans live underground to avoid the freezing temperatures of the surface, but Liu Qi and his sister Han Duoduo, along with help from their father Liu Peiquiang, who lives on the space station, must venture out and save the planet from destruction, before every living thing goes extinct.

Wandering Earth is like a combination of Geostorm, Snowpiercer, The Day After Tomorrow, a graphic novel, and a Chinese horror movie, with frigid temperatures, fiery explosions, over-the-top action, and oddly-placed comedy. It's an overwhelming burst of activity that makes two hours feel like a lifetime, in which, all the while, you are trapped on a frozen planet that is constantly about to blow up. The shaky camera style and the frequent jumps in topic only highlight the frenetic pace and structure, as audiences barrel toward the end without anything to hold on to as they crash and burn. It's that insane, that wild, that different from the norm that we've become accustomed to, while also and obviously borrowing heavily from those that have come before, just taking everything up a notch, which is part brilliance and part madness.

I woke up with a raging headache after watching this film, and no wonder; I was just shaken nearly to death on the surface of an endangered planet, along with every other human on Earth. That's something positive that can be said about Wandering Earth; it forces you to be a part of the catastrophe, and it never lets you look away. You see the death, feel the pain, root for the heroes, want to survive yourself; the experience is definitely that immersive. But then there are odd jokes, a sinister A.I., story arcs that make little sense, scene changes every three seconds, and a million characters to learn the names of all at once; there were many writers turning this sci-fi book into a movie, and it showed. Ultimately, I was as entertained as I would have been by a Hollywood summer blockbuster, I was just hoping for a little more than that, something to sink my teeth into that would last longer than walking out of theatre. 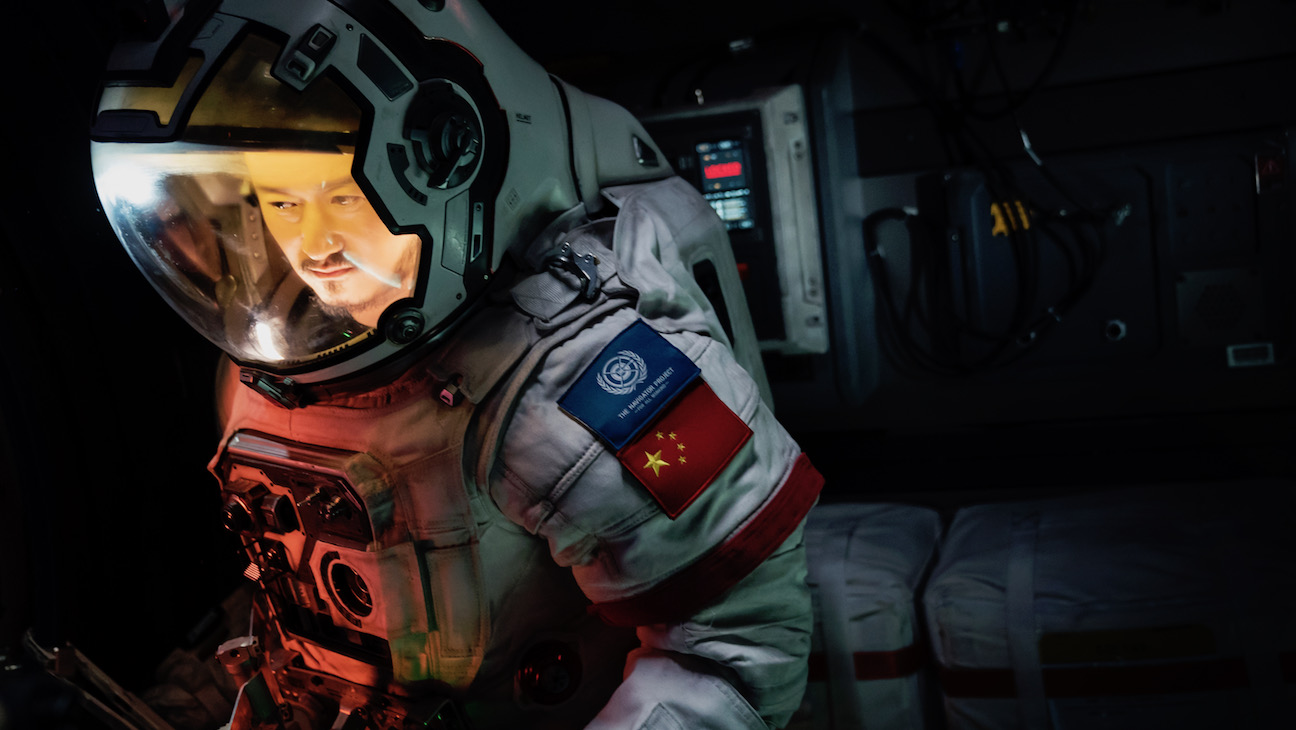