A prodigy chef and his mother 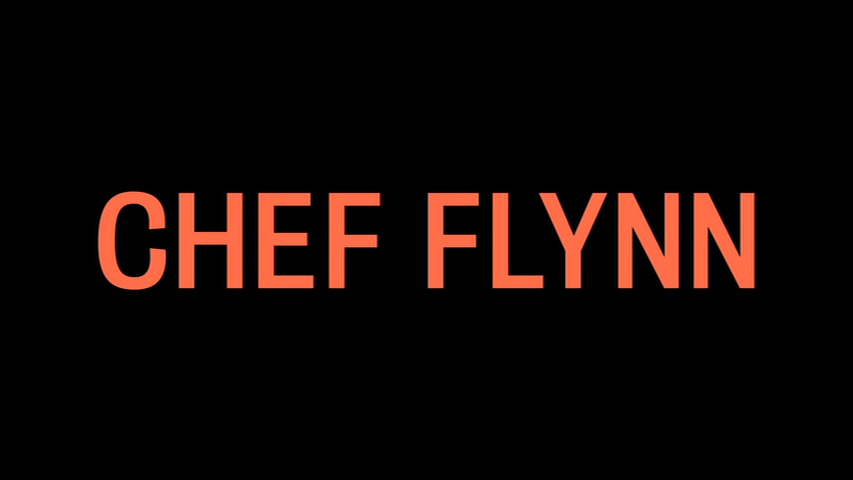 Flynn McGarry, from all outward appearances, seems like pretty regular kid. What sets him apart from his peers is his remarkable talent in the kitchen, honed by years of practice and focus, since a very young age, including hosting a regular invite-only meal in his house that drew the attention of media and the industry. Despite his burgeoning fame and unique personality, he's rather well-adjusted.

Then there's his mother.

Though Chef Flynn, directed by Cameron Yates, is ostensibly about the young chef, his singular focus and his drive to become a professional chef in the world of New York fine dining, the story of his family life is always in close proximity, in the form of his mother Meg, an independent filmmaker who seems to constantly document Flynn's life, much to his chagrin. Highly supportive of Flynn's career goals, she helps run the in-house meals, manages the money and does what's necessary to help him achieve his dreams. But as the film progresses, it becomes clear that there's some level of animosity on her part, as her own dreams have been sidelined while helping Flynn (and being a mother to him and his sister Paris, who is a minor part of the film, whether by choice or the reality of the family dynamic.) That she at one point claims to have lost her identity and at another claims authorship for Flynn's story paints Meg as the ultimate stage mother. 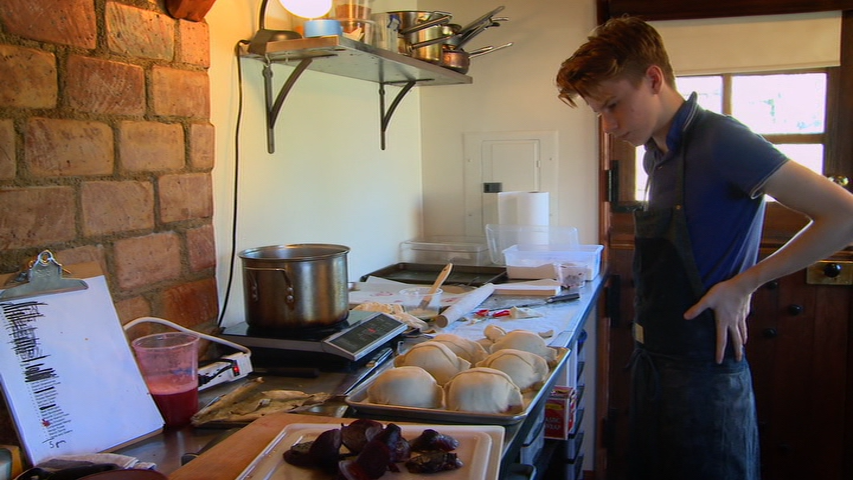 The film is a bit light on plot, as there's no true resolution (with him only in his teens, his story is far from over) making the film a bit frustrating in the end, as a brief peek into these unique lives. There are interesting milestones along the way, including Flynn's challenging first attempt at a pop-up New York City eatery and his first taste of the backlash that comes with fame, thanks to a New York TImes Magazine cover story, but Flynn himself is kept at something of an arm's length. That the film is titled Chef Flynn is appropriate, as we see almost nothing of who he is when he's not wearing an apron. Perhaps the fact that most of the personal footage is shot by his mother is reflected in the distance we have from the "real" Flynn.

Mixing home-movie footage and attractive food-porn style cinematography, the film balances a definite sense of realism with the high-stakes drama of the in-the-kitchen genre that a generation of cooking competition television has popularized. Outside of the food shots, for the most part Yates goes for a more natural, freeform feel than many more intentionally stylish documentaries, likely to help make the frequent use of Meg's home footage feel less jarringly obvious. It's effective, because it becomes difficult to tell where the lines blur, outside of who is on-screen, and even then there are many self-shot moments of mother and son that reveal a lot of the strife at the center of the film. Though we don't learn as much about Flynn as may be hoped, we definitely learn something else: too often parents try to live their dreams through their children, rather than enjoy watching their children live their own dreams. 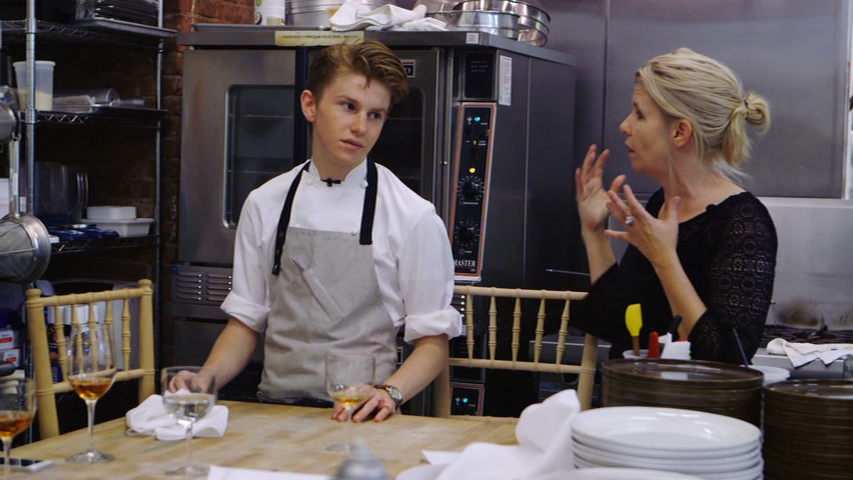 The DVD of Chef Flynn arrives in a clear, standard-width keepcase with a reversible cover that has more artist art on the inside.. The disc has a simple animated, anamorphic-widescreen menu offering options to watch the film, select scenes, adjust the languages and check out the extras. Audio options include Dolby Digital 5.1 and 2.0 English tracks, while subtitles are available in English SDH and Spanish.

The anamorphic-widescreen 1.78:1 transfer on this disc at times could pass for high definition, as some of the scenes, like Flynn's visit to a fish market full of natural light, are fantastically detailed, with really rich, well-saturated color. This is also true of the shots of Flynn's creations, which are gorgeous. Naturally, with all the home-video footage used, which was shot over a long period of time, often with poor lighting, there's a mix of quality to be found, but the new footage is uniformly solid (though darker scenes can look a touch noisy, as is often the case with naturalistic documentaries.)

The Dolby Digital 5.1 track on this DVD doesn't have a lot of work to do, as keeping the voices easy to understand is its main responsibility, and it does it well. There's some ambient electronic music occasionally peppered into the film, which has some light spillover into the surrounds, but otherwise the outer channels aren't very active. The low-end is even less of a presence, barely heard from during the score. This is a very simple presentation.

There are two deleted scenes available to check out. In one, Flynn is testing how to cook clams in a homemade, outdoor oven as he discusses the changes that have occurred to his approach to food and the challenges that increased pressure have brought (3:29), while the other is an older clip of a much younger Flynn explains to his mother the appeal of sous vide cooking (1:22). The clam scene might have added more of Flynn's perspective to the film, but the other wasn't needed.

From radio station KCRW comes the 16:41 "What Happens When You Reach Your Dream...at Age 19?", a segment from the documentary-focused series The Document, with Flynn, Yates and producer Laura Coxson. Using plenty of clips from the film, host Matt Holzman conveys the general story of the film, before leading into an interview with Flynn at his New York restaurant, conducted by Yates and Coson. He discusses the challenges he faces as a restauranteur (revealing some interesting tidbits) and the reality of leaving his teen years, adding more to the film's portrait of the young chef.

A TEDYouth talk by Flynn from 2014 (6:45) lets you hear directly from Flynn himself. The focus here is beets, as he talks about his history with the vegetable, how he develops his recipes, and the future of food. His awkwardness makes it clear that despite his skill in the kitchen, he is still a pretty regular kid.

The film's trailer (2:13) is also included, which introduces the main elements, but focuses mainly on Flynn and his food. 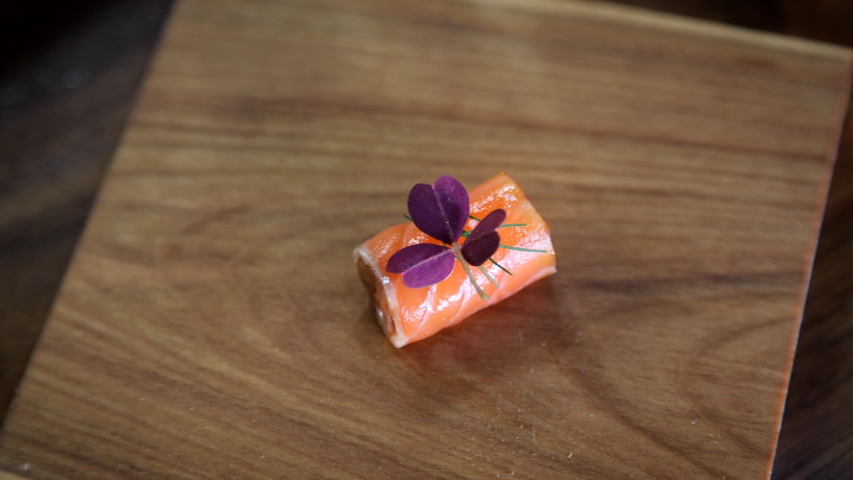 Chef Flynn starts out ahead of the pack by having a fascinating subject in wunderkind chef Flynn McGarry, and his brief life-to-date story offers plenty of interesting moments to document, but it's the story of Flynn and his supportive, yet oddly bitter mother that is the aggravating foundation of the film. In the end, the film lacks a real resolution, but it does paint an intriguing picture. The DVD looks and sounds good, and offers even more about the main subject, which is what a good documentary release should do.

Dislikes: kids missing out on childhood