Crosby and Hope are back on their schemes 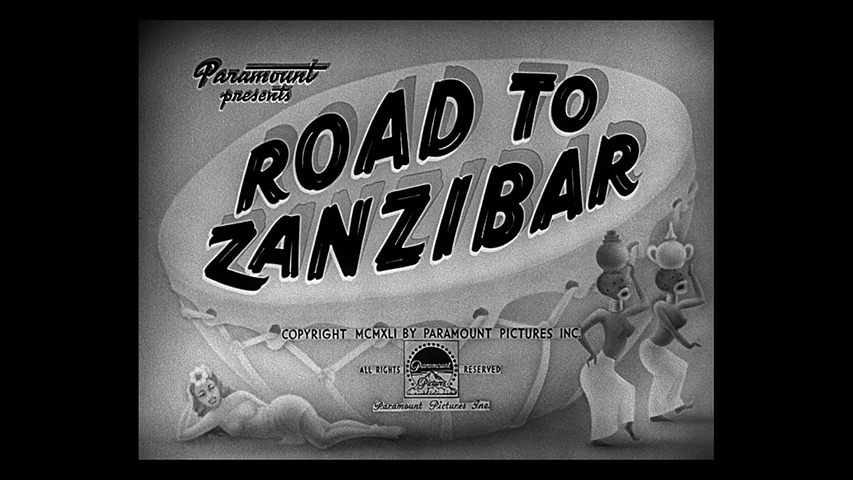 At least they aren't playing the same characters: Crosby is Chuck, a crooning carny barker, while Hope is Fearless Frazier, a daredevil who earns the duo the big bucks as they travel around Africa putting on shows. One night, performing a flaming human cannonball act, they set a carnival ablaze and are sent on the run. Their escape brings them into contact with a rich diamond-mine owner, and eventually Donna and Julia, a couple of gals with schemes of their own, played by Lamour and Una Merkel. The guys find themselves travelling deep into the African jungles, where they meet up with angry tribesmen and have to figure out a way to return home to the good ol' U.s. of A. 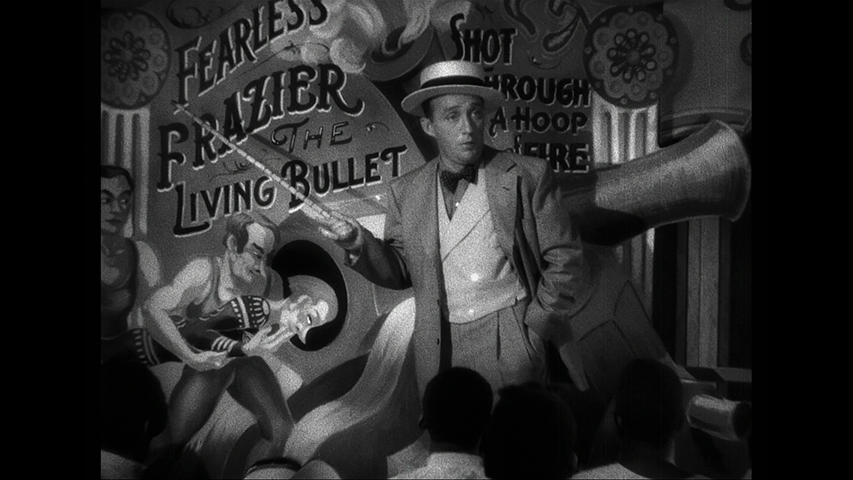 There's not much more to the plot than what fit into that last paragraph, and if you think the film offers up a satisfying conclusion to that meager tale, you'd be mistaken. This, like the last one, if all about the in-the-moment entertainment, and the storyline is just there to move the fim along from episode to episode, song to song. What you really want is to hear more of the snappy patter between the three leads, and the film serves that up in spades, more so than Singapore.

Unfortunately, the music isn't quite as enjoyable, leaning more to the sentimental, which gets a bit slow, a perfect accompaniment to the padding in the film's flabby middle, where there's a lot of nothing happening in spots. Yes, there's a fun bit involving the boys pounding on some drums, and a boat ride between Crosby and Lamour turns into a surprisingly modern meta-comment on romantic musicals, but there's a lot of slow sequences that don't lead anywhere. Considering the previous film went down much of the same path, pitting Crosby against Hope for Lamour's heart, more variation or just more story would have been appreciated.

From a distance of several decades, it's pretty clear that this film wasn't made by the wokest people in the business, as many of the tribesmen the guys run into are simply painted black, though as least pioneering filmmaker Noble Johnson is on hand, along with many black extras. After the opening credits depict the native Africans in the style of minstrel caricatures, hopes were not high that the film would be enlightened in any way, but it could probably be a lot worse than what ended up on the screen. It could have been better though. 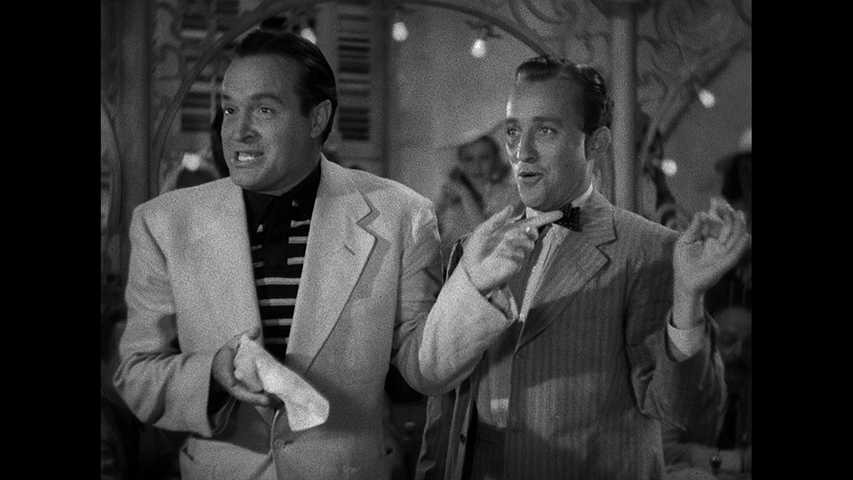 Kino Lorber brings Road to Zanzibar home on one Blu-ray, in a standard Blu-ray keepcase. The disc has a static menu with options to watch the film, select scenes, adjust the setup and check out the extras. There are no audio options, but subtitles are available in English.

The 1.37:1, AVC-encoded 1080p transfer here is similar to that on Road to Singapore, with a healthy amount of noticeable damage to the image in spots, despite an overall solid presentation. In some spots, the level of fine detail is quite high and black levels are nice and deep, while the grain is consistent and pleasing, while some scenes, like Crosby and Lamour's boat ride, are excessively dark, perhaps an issue with the source materials. Then there are the scenes which are using either optical effects or stock footage, which look excessively soft and blurry. If it wasn't for the unrestored nature of the image, this would be a rather good transfer, but the whole thing has a grittiness that really becomes distracting at larger screen sizes and shorter distances.

The setting and action in Road to Zanzibar, particularly in the second half of the film, keeps the 2.0 DTS-HD Master Audio track quite busy, and despite the presence of plenty of music and sound effects, the dialogue remains appropriately prioritized in the mix and sounds sufficiently crisp. When things quiet down, some hiss can be heard on the recording, but it's not a distracting element.

Kino has brought a pair of extras over from Universal's 2003 Bob Hope Tribute Collection DVD. Also available on the Road to Singapore Blu-ray, "Bob Hope and the Road to Success" (14:13) is a solid overview of Hope's career, built through interviews with authors who wrote about Hope and his friend Phyllis Diller, and illustrated with photos and clips of Hope's work. Diller, as she always was, is delightful here.

"Command Performance 1944" (6:47) is a film version of a radio show that delivered entertainment as requested by the troops overseas. Hope serves as emcee, introducing Betty Hutton, Lana Turner--who cooks a steak so the soldiers can hear it--and Judy Garland, and singing a military-themed version of his signature song, "Thanks for the Memories". The banter between Hope and the ladies, though scripted, is fun, and it's interesting to get a glimpse back at history.

Trailers for this film, Road to Singapore, Road to Morocco and Road to Utopia are also included. 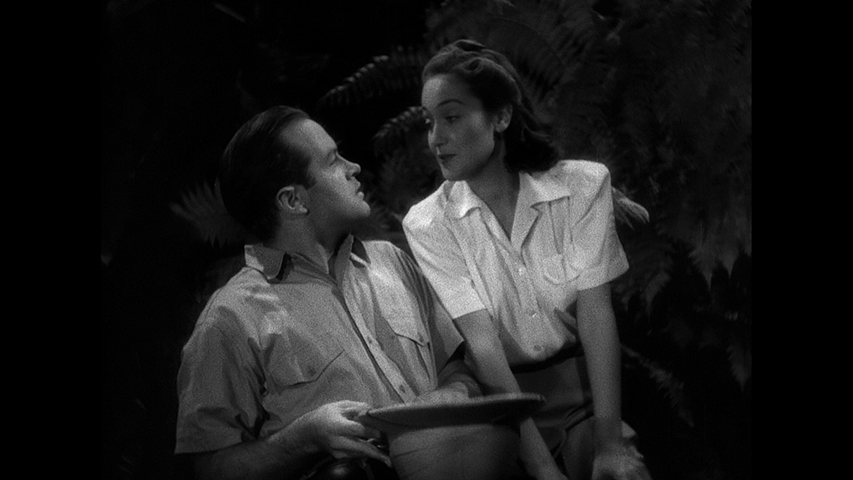 Much like the previous Road to... film, Road to Zanzibar doesn't offer a great deal of plot, and the resolution to what exists is practically nil, but there's no denying that Hope and Crosby know how to make the whip-smart dialogue work. Considering the amount of faked African natives played by white actors, this one is even more problematic, and unfortunately the songs are less impressive than those in the previous movie, relying mainly on slow tunes from Crosby. The presentation is good, but it definitely looks aged, and repeating one of the extras from the Singapore disc offers less reasons to own this one if you already have Singapore, even if the dialogue is better this time around. If you're checking out your first Hope/Crosby film. Better to start here.