Man With The Magic Box, The 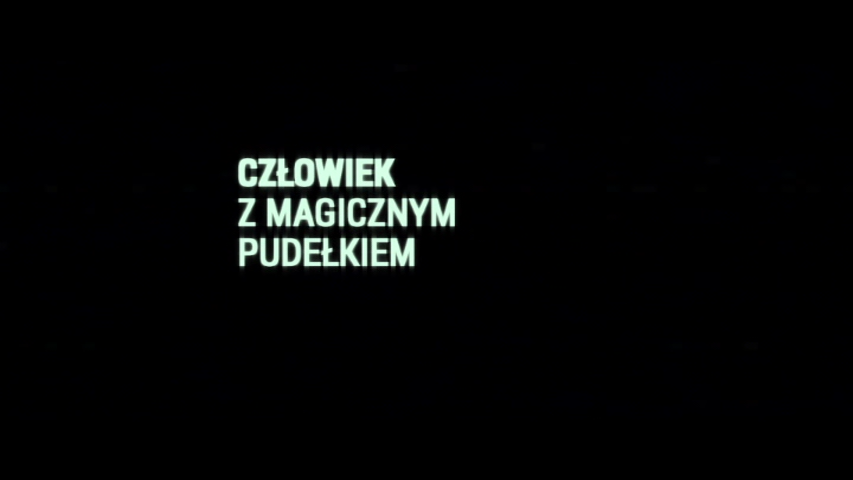 It's not necessary to have a working knowledge of Poland's recent political history to get the point of The Man with the Magic Box, but it can certainly add another layer to the story, as the increasingly authoritarian far-right government in Poland is undoubtedly a huge inspiration for the situation in Warsaw in 2030, as depicted in the film. Life is regimented and joyless, dominated by technology and misery, with anyone who goes against the state being reprogrammed and reassigned to the benefit of the country, MIB-style (a film explicitly referenced in the dialogue.)

Adam is one of those people, working as an office cleaner in a big building. He seems lost in this world, having been set up in an apartment off the grid, getting a payment/tracking chip in his hand and generally sleepwalking through life. His only friend is his new co-worker Bernard, an odd chap who seems to know everything, down to when the lights will go out due to power outages. His one meager bit of human connection is with Goria, a sexually-aggressive woman in the offices who flirts with him as if it's a game she will win. In one remarkable scene, the pair watch a building crumble in a way not unlike 9/11, before having sex as clouds of debris fill the streets below them. 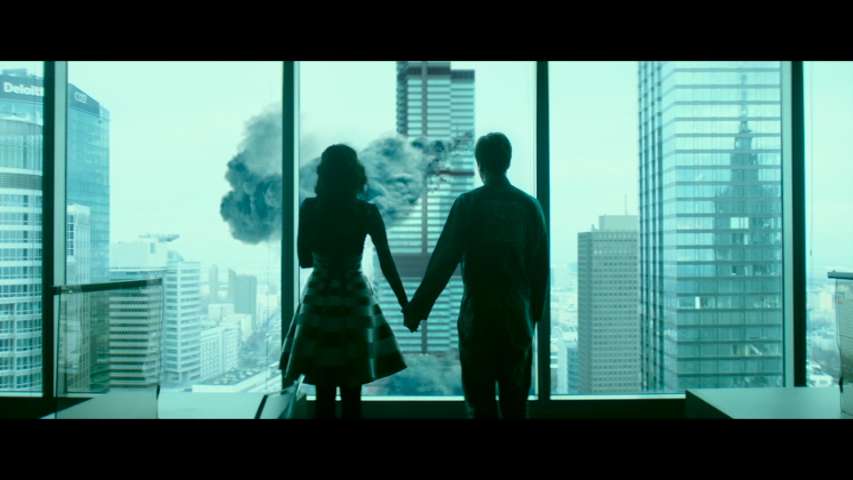 The film starts getting twisted up on itself when Adam finds a radio, and the monotone broadcast sends him into a vision, which brings him to Warsaw in the 1950s. The film is a bit foggy about what exactly is going on, but the suggestion that time-travel is involved is certainly clear, as Adam moves between the two totalitarian eras to some end that is neither explained nor used in any fulfilling way. The ending is somewhat ambiguous, as we don't know what happens next, but it could easily be read as either hopelessly depressing or romantically appropriate. But it hardly delivers enough to pay off on the lengthy, slow-paced movie it follows, and whatever it has to say about the similarities between Soviet-era Poland and the country's current regime doesn't have a big impact.

While the story may be a bit of a disappointment from a clarity and payoff perspective, where it succeeds without question is the aesthetic of the picture, as the movie is straight-up gorgeous, boasting impressive production value, interesting ideas (including laser graffiti) and a delightful general style that makes you want to keep watching, all on an estimated budget of $1.3 million, every dollar of which (and more) appears on the screen. Back in college, my filmmaker friends would argue if you could actually make a movie with a bad story that was wholly watchable because of how it looked. Though The Man With The Magic Box isn't bad from a story perspective, director Bodo Kox and his team certainly score a few points for the style-over-substance crowd, as you can watch this film with the subtitles off and no understanding of the Polish language and still enjoy yourself thanks to all the creativity it has to show you. 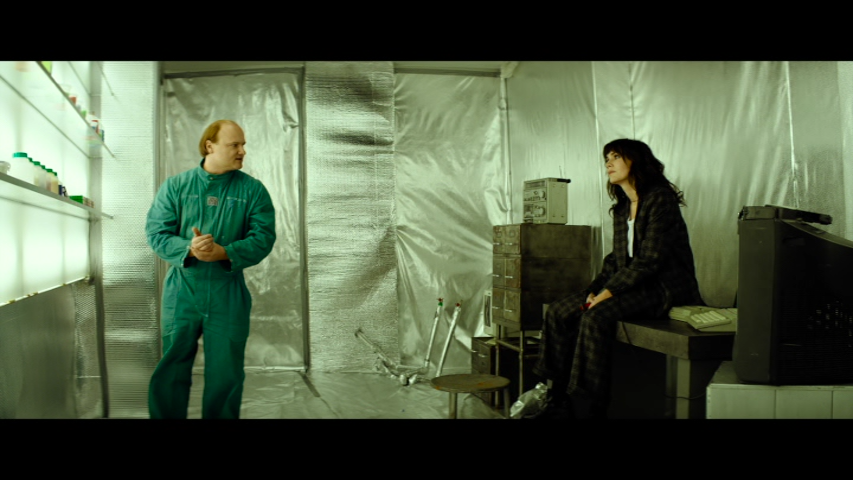 The Man with the Magic Box is a one-disc release, packed in a standard keepcase. The disc has a static menu with options to watch the film, select scenes, adjust the setup and check out the extras. Audio options include Polish 5.1 and 2.0 Dolby Digital tracks, while subtitles are available in English SDH and English.

Considering the strength of the visuals in the film, it's a good thing the 1.78:1 anamorphic widescreen transfer is up to the task of delivering them to the screen, offering up impressive fine detail for a standard-definition release. The film has two distinct color palettes, one for each time period, and they both come across cleanly, with vibrant (well, as vibrant as the film's look allows) and well-saturated hues. Black levels are solid and there are no noticeable issues with digital distractions.

The 5.1 Dolby Digital track here does the trick for this film, effectively presenting the film's more engaging sonic elements, including some hefty bass in key moments. The surrounds spread the score around well, while the dialogue is well-prioritized, mainly emerging from the center channel. Sound effects also get help from the sides and rear, helping to hammer home the more sci-fi portions of the film.

The only extra is the film's 2:15 English-language trailer, which certainly is intriguing, especially with its final haunting visual. 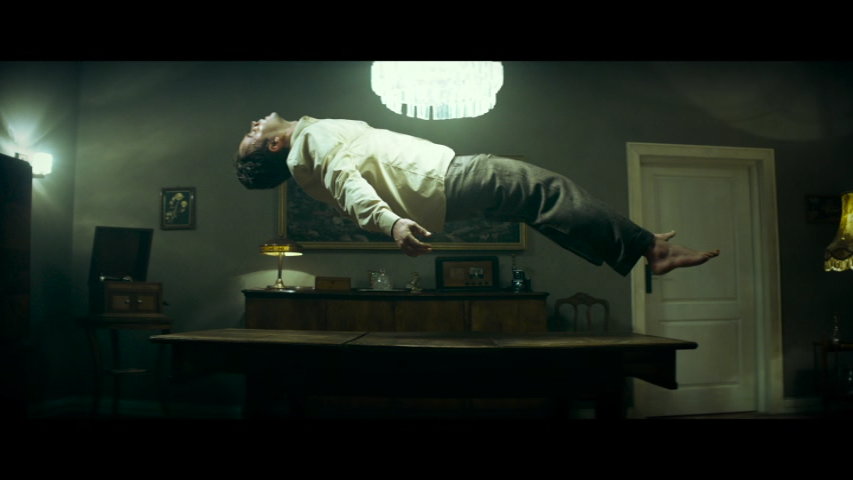 There's a lot to like about The Man with the Magic Box from a conceptual, tonal and visual perspective, but the final payoff doesn't justify the film's length and methodical pacing. Some judicious editing and a tighter focus on the message might have resulted in a sci-fi classic, but the film we have is an engaging curiosity. The presentation, though standard-definition, is solid, but sadly there are no extras to help justify owning the disc, so a rental is probably the best course of action for most.