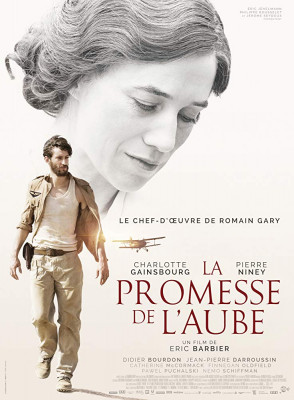 In the underrated sci-fi punk comedy How to Talk to Girls at Parties, an alien race take their offspring on a sort of pilgrimage to Earth for them to experience life on other planets. Once the trip is finished, it's customary for the parents to eat their children, therefore becoming part of the larger organism. That is, until a human character brings up the possibility of the children forming lives of their own, independent of the alien parents' existence. The aliens of course take this as an affront to tradition, but this high concept sci-fi premise holds up quite a deft mirror to our complex relationships with our parents. In our adult years, do we take on the burden and expectations of our parents, acting like extensions of their own goals and dreams in life, consistently perpetuating a system where every new generation is beholden to the one before it, until individual autonomy separate from our lineage becomes unattainable? How much do we owe to our roots, and how much to ourselves?

Promise at Dawn, a lush and emotionally resonant biopic of French writer Romain Gary (Pierre Niney), adapted from Gary's autobiography, deftly explores this dynamic by digging deep into Gary's half inspirational, half toxically co-dependent relationship with his overbearing but limitlessly proud mother, Nina (Charlotte Gainsbourgh). As far as the surface story structure goes, co-writer/director Eric Barbier follows the standard beats of such a biopic, chronologically laying out the various life experiences of its subject, from Gary's poor upbringing in Poland as Nina struggles to make ends meet as a tailor, to struggling to survive World War II while also trying to make a career for himself as a writer. Barbier overcomes the episodic trappings of the genre by adamantly focusing on the relationship between Gary and Nina, and how a mother's obsession with implementing her desires for success on her child can both motivate and cripple a young mind.

The second we meet Nina, she boasts to naysayers about how her child will one day become an ambassador in France, while in reality the mother-son are one penny away from being homeless. A traumatic scene of people laughing at her as she props up her son with unbridled passion crystallizes for Gary that his entire existence is meant to make his mother proud. Nina's vision for what Gary can accomplish comes with such blind faith, that by the time she says without a hint of irony that Gary can kill Hitler by himself as World War II begins, we believe wholeheartedly that she believes this to be true.

Of course, a powerhouse performance from the great Gainsbourgh, with bug-eyed intensity when it comes to her character's desire to protect and nurture her child even during immense health issues, solidifies the realism of the character even when she seems to go off the deep end. This is a complex part that required a performer who could bravely tackle the intricacies of the character's specific neurosis, and as usual Gainsbourgh steps up to the plate. It's a hypnotic performance that that's worth watching Promise at Dawn on its merits alone.

Is this relationship a toxic trapping for Gary to never become truly a person of his own? Or is it a testament to the deep love and admiration that exists between the mother and son? The truth lies somewhere in between, and Barbier wisely never makes a judgment call on the film's central relationship. Niney projects Gary as a writer who's passionate about imbibing his various life experiences. This fairly big-budgeted drama has its share of exciting set pieces, including one that involves a bombing mission while the pilot is blind. For such an intimate story, Barbier certainly captures a WWII epic feel with help from his cinematographer Glynn Speeckaert's sepia tones.

Promise at Dawn is opening in Quad Cinema in New York City on September 6.