Rock And Roll Hall Of Fame In Concert

Time-Life has released yet another repackaging of their Rock & Roll Hall of Fame discs, this one containing three previous releases: Two four-DVD sets "Rock & Roll Hall of Fame in Concert" (the same title as this entire box set) which covers the induction ceremonies from 2014-2017, followed by the "Encore" set which actually contains the four shows prior to that, and concluded with the 3-disc "25th Anniversary Rock & Roll Hall of Fame Concerts" performed in 2009. I figured it was time for me to check these out having never seen any of them, and being a fan of a large variety of music. 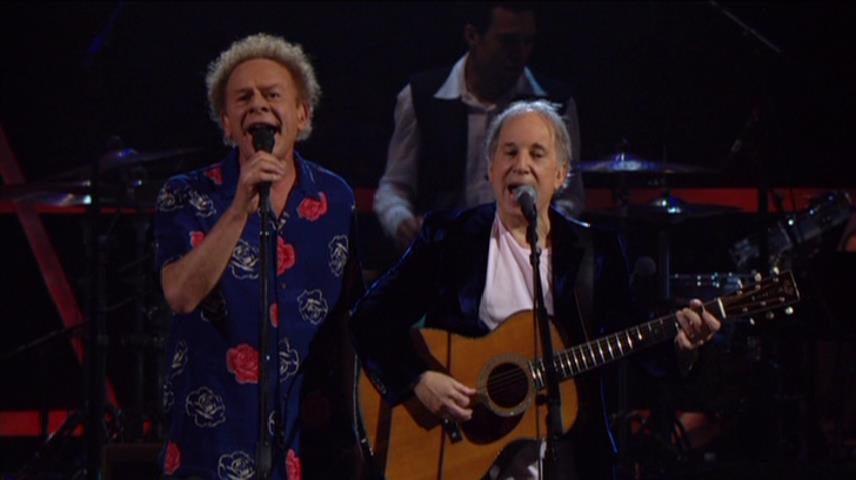 One thing I'm not a big fan of however is awards shows, as they're typically filled with overlong speeches and self-congratulations. I thought that was why they made sure to include the words "In Concert" in the title, to show that the performances given are the highlights. That's not quite the case for the first two sets however, as these are essentially the entire induction ceremonies with a few edits made for time or rights reasons (it seems most of these were shown on HBO with at least one of them on the Fuse channel, and the ending credits mention a number of artists who don't appear on the discs.) The front covers list an impressive number of artists ranging from Electric Light Orchestra, Green Day, Randy Newman, Cheap Trick and Ringo Starr just to name a few, and most of them you get to see perform. The basic format of these starts with someone else in the music world introducing the act, presenting them with the award (which is rather bland-looking- a black Oscar-like figure holding up what's probably supposed to be a record) and then the artist hits the stage to perform at least one of their well-known songs. In cases where the honoree isn't able to be present, others give them a performance tribute- for example Linda Ronstadt apparently doesn't travel anymore so Eagle Glenn Frey simply presents and accepts her award then hits the stage with the Hall of Fame Orchestra (led by Paul Shaffer) with Carrie Underwood, Emmylou Harris, Bonnie Raitt and others covering five of her songs.

As with most of these types of shows, some of the performances are great while others are just OK- the sad thing is that many of these artists have gotten old and don't have the energy they used to. Deep Purple does "Highway Star" earnestly enough but I'm not going to throw that on in place of the original recording. Journey performs with their new lead singer Arnel Pineda while Steve Perry watches from the sidelines- the story behind that is rather interesting and even the subject of a documentary, and Pineda almost sounds like Perry did on the original recordings, but it still just feels wrong. Harry Belafonte speaks at length inducting Public Enemy, but it's painfully clear his voice is going. Incidentally I've always had a low opinion of rap (or hip-hop as they refer to it here) and hoped that maybe there'd be some great performances of that to change my mind, but each time after NWA, Tupac Shakur and Public Enemy are honored NONE of them get any type of performance afterwards- if there were any at the ceremonies, they aren't included here.

The speeches are quite long and tend to drag, and your interest in them will probably depend on your interest in whoever's actually talking. Hearing Jeff Lynne and ELO talk was fine (it probably helped that they spoke AFTER their performance rather than before) but getting through speeches by every member of the E Street Band (I've always considered Bruce Springsteen to be overrated) was a true test of patience. I had to laugh when Cheap Trick's Alex Lifeson dispensed with a speech entirely and just kept saying "blah blah blah", although that also went on just a bit too long after we'd already gotten the point. The discs are chaptered so you can easily skip past the gabbing and straight to the music- of course for all my reviews I watch everything complete from start to finish but I'll likely have my fingers on the chapter-skip button during future playings.

The real keeper in this set is the 25th Anniversary Concerts, named in plural because they were performed over two nights at Madison Square Garden. Here there aren't any awards given or any self-congratulating, it's simply two nights of MUSIC condensed to about four hours. Many of the sets flow seamlessly, which means we'll often have some performers remaining on stage as the next act joins them. There's a number of surprises such as Sting appearing on stage to join Stevie Wonder, and later Mick Jagger joins U2 as they play a rendition of the Rolling Stones' Gimme Shelter. Other interesting collaborations are Metallica with Ozzy Osbourne performing Black Sabbath's Iron Man and Paranoid, and Jackson Browne and James Taylor joining Crosby, Stills & Nash. Seeing these shows live must have been something, and thankfully they're preserved here. 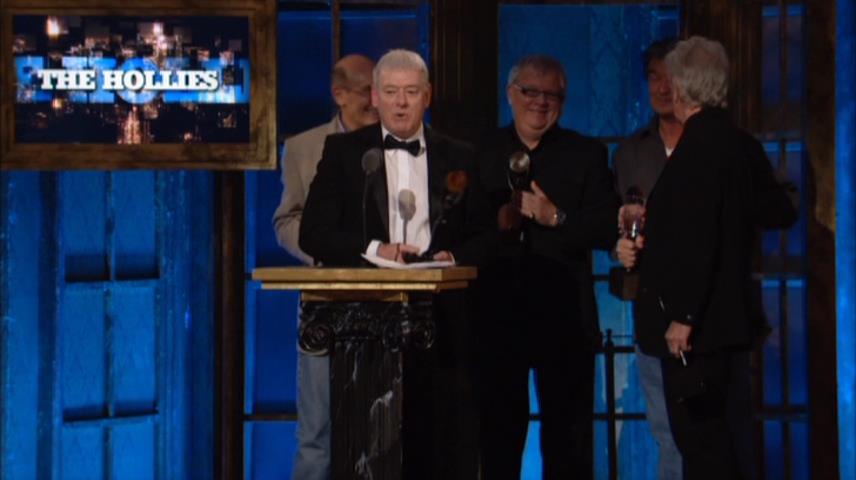 I'll confess prior to receiving these DVDs that I thought these shows were all from the pre hi-def era, but they were in fact shot on hi-def video and down-rezzed to standard-def here. The good news is that these sets are also available on Blu-Ray, and an identical Blu-Ray set of this exact release has also been issued. The bad news is that according to a review, the picture quality on those still isn't great due to overcompressing to fit more material on each disc. These DVDs at least don't show any obvious compression artifacts, but do still show the format's limitations. Most of the shows are shot at the standard video frame rate but three of the shows in the "Encore" set were intentionally shot at 24fps, which I've never liked the look of on video. The frame rate is that of film, but the picture quality is still unmistakably video. The overall picture quality of all of these varies from shot to shot- some of them have a lower-res pixelized look to them for which the source material and not the disc encoding are to blame.

Audio quality is decent but a bit of a let-down, as the Dolby 5.1 tracks don't really show the format off in any way. The music is kept up front (some may argue this is the best way to mix live performances), and little is heard from the surround channels other than echoes and occasional audience applause. The 2013 ceremony at least seems to have the audience sound more active in the ~ A separ njate 2-channel track is also included for each- annoyingly on the 25th Anniversary Concerts that track is the default, but it mysteriously morphs into 5.1 beginning with Springsteen's appearance on the 2nd disc. 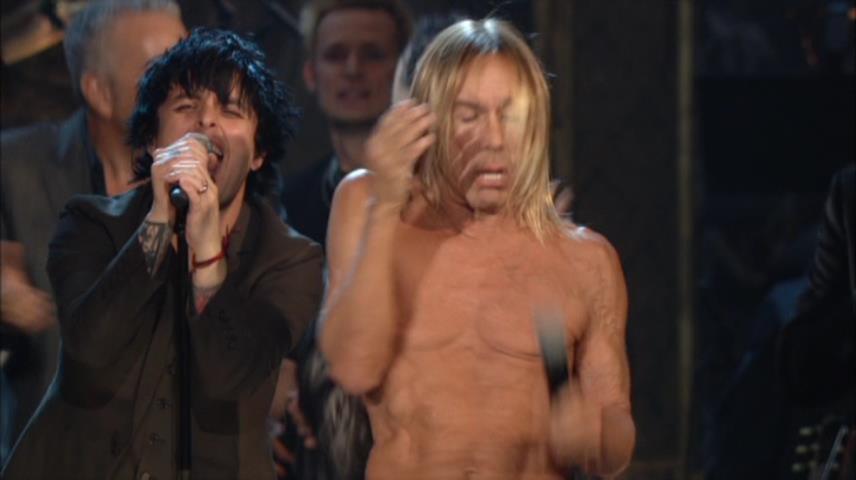 The last disc in this set is called the "Bonus DVD" and includes performances from the 25th Anniversary Concerts that weren't included in the main program- and the notes indicate that even that included some that weren't in the HBO presentation. These include several more Stevie Wonder performances and an admittedly strong rendition of The Clash's London Calling by Bruce Springsteen. 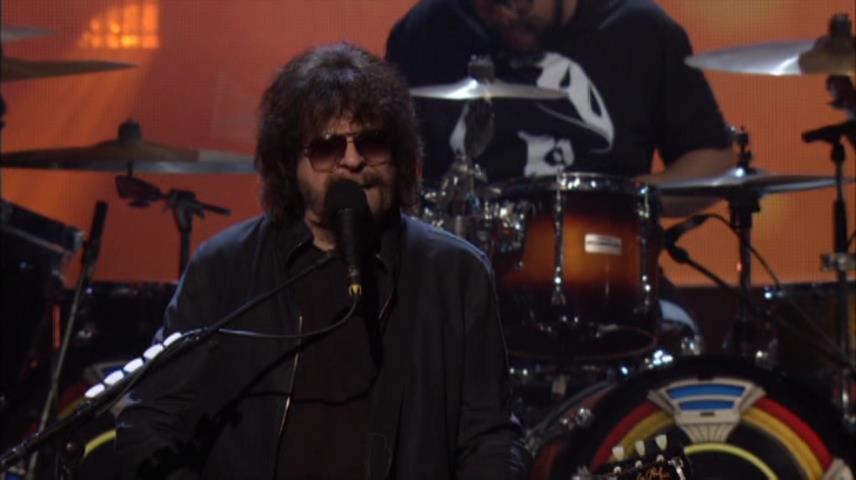 There's certainly an impressive line-up of talent here, although the excessive speeches typical of awards shows will likely be an exercise for your chapter-skip button. The sound isn't really what it could be either, and the picture suffers both in the production quality and the limits of the standard DVD format. Fortunately this release is available on Blu-Ray and I'd obviously suggest that even if its quality isn't perfect either, and for non-completists the 25th Anniversary Concerts set, which is non-stop music free from excessive gabbing and shot rather well, can also be purchased on its own.