Cell phones have been among the best and worst inventions in recent years. They keep us in constant contact and give us lots of information, but can sometimes be the only thing we pay attention to. I know this as I was among the last people to even get a cell phone and after upgrading to an iPhone I now try not to be one of "those people" but have still wasted more time with it than I care to admit. That's the basis of Jexi, which has been called a less intelligent version of Her (a movie I felt was silly and overrated) and I also found similar to 1984's Electric Dreams (which was also quite silly, but at least has been more fun to watch with age.) 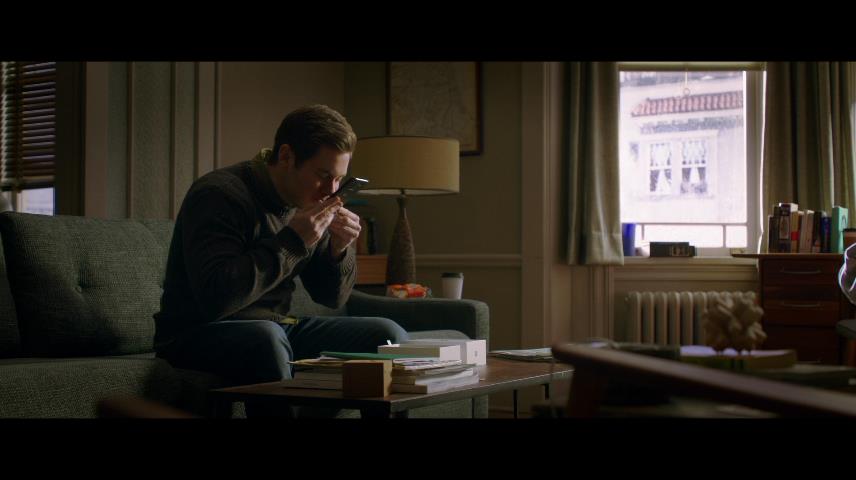 Adam DeVine is Phil, who would rather stay at home with his phone than join co-workers for fun after work. He seems to do literally everything with it, using the personal assistant program "Siri" to help most of the time. When his phone is suddenly broken beyond repair, he's forced to replace it with a phone with a newer assistant called Jexi, which immediately says she is "here to make your life better." (While Jexi speaks in a computerized monotone voice, that voice is still provided by a real human Rose Byrne.) The first mistake Phil makes is agreeing to the user terms without reviewing them- Jexi immediately calls him "stupid" for this. Then she nixes his usual dinner order and places one for kale salad (I assume because it's much healthier) instead. At Phil's job (a website called Chatterbox, where his task is to write endless "lists that break the internet" while he really wants to get into hard journalism) Jexi talks out loud during a company meeting insulting the company and his boss (Michael Pena in yet another silly role- I first noticed his great dramatic performance in World Trade Center but it seems most of his roles after that have been much less dignified.) Meanwhile Phil keeps running into a girl named Cate (Alexandra Shipp) as seems to happen only in movies, and Jexi prods him into asking her out which he likely wouldn't do on his own.

The movie earns its R rating from the liberal use of foul language, mainly from Jexi- the joke of course is that she's being brutally honest and insulting, mainly to push her users out of their comfort zones. I didn't expect a lot going into this movie but found it much more entertaining than it had any right to be- partly because a computerized voice calling its user a "little bitch" never ceases to make me laugh, but also because the cast seems to hit just the right notes to not oversell the ridiculous concept. My main criticism (other than in real life, Phil could never afford to live the way he does in San Francisco with the job he has) is that the story tries to take a darker turn which could have made the main character's life a living hell, but inexplicably backs off- as in Electric Dreams, the computerized Jexi discovers she has human feelings and becomes jealous after Phil starts going out with Cate. First she gets a bit destructive, doing things from cleaning out Phil's bank account, making him late for work and then getting him fired by sending his dick pics to the entire staff. The trailer hints at this, and part of what I hoped to see was a dark comedy where his life is literally ruined by artificial intelligence. It seems the writers simply decided that this wasn't a good idea though, and Jexi suddenly lays off.

The message here of course is that we all need to not be so reliant on technology, and get out into the real world and interact with real people. This isn't a bad moral, but I do have to say that my social life has infinitely improved since first getting online 25 years ago. Being an introvert, before then I knew of absolutely nobody with the same interests as me, and times spent at home alone talking to nobody at least were replaced with communicating with people online who I never would have known otherwise- and yes, I've ended up meeting some of them in real life also. As much as I criticized cell phones when they became commonplace and didn't have one for a long time, I have to say I feel far less isolated with my iPhone also- best example is that I recently took a long trip by myself halfway across the country, but never really felt alone because I messaged my friends many times along the way as well as shared pictures of where I was. 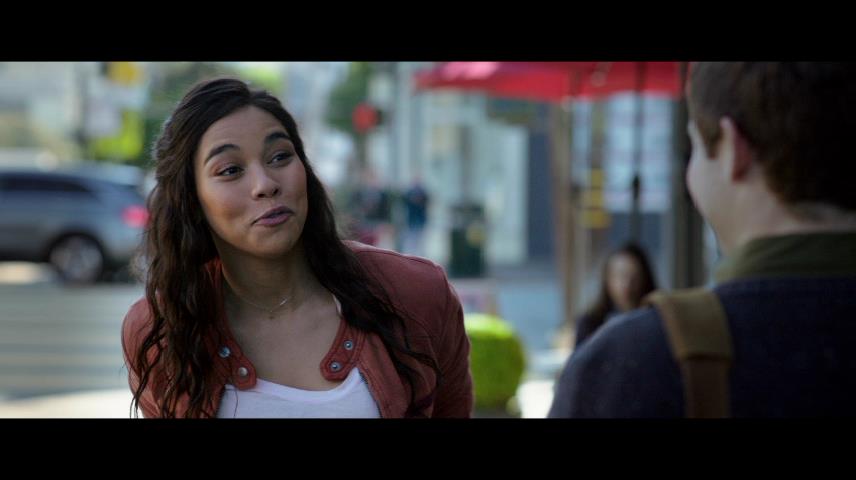 Jexi is shot digitally in a 2.35 ratio, and the Blu-Ray presentation looks good for the most part aside from some slight gradient banding in dark scenes. The under 90-minute film has generously been given a dual-layer disc so it should have a decent bitrate at the very least. It's clear the filmmakers wanted to show off San Francisco, and they do successfully here- making me glad that I'm close enough to visit for a day even though I likely will never be able to afford to live there. The 5.1 audio mix is in DTS Master Audio and uses the soundstage decently for a comedy, placing many of the songs and music in the rear channels along with panning voices around. Hearing-impaired subtitles, which ID most of the songs by artist and title when they play, along with Spanish subs are included. 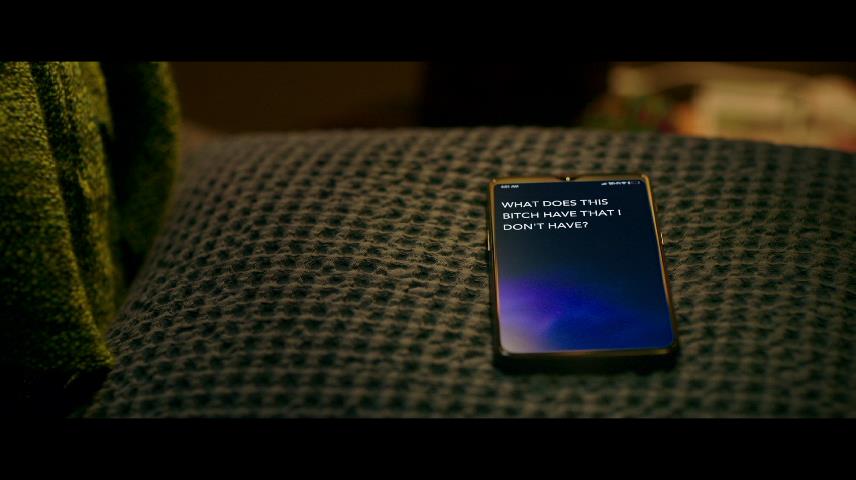 Extras are quite substantial, running close to 40 minutes. The main piece is "Making Life Better" which describes most of the story, characters and production. "Unboxing Jexi" looks at the design of the prop phone used in the movie, "Filming in Fog City" basically has everyone saying how much they like San Francisco which they apparently don't get to go to very often, "Tech Bros" is a short discussion about a derogatory term that isn't even used in the movie- people who spend far too much time and money on technology, but really know very little about it. "Phone Fixation" gets into the subject of whether or not we all spend too much time with our phones, with shots of cast and crew on theirs in between takes. The disc opens with trailers for The Duff and Scary Stories to Tell in the Dark. Annoyingly on startup you are forced to let the Lionsgate and CBS Home Entertainment intros play through completely along with a legal disclaimer about opinions expressed in the extras, and then chapter-skip past the two trailers before you can start the movie. 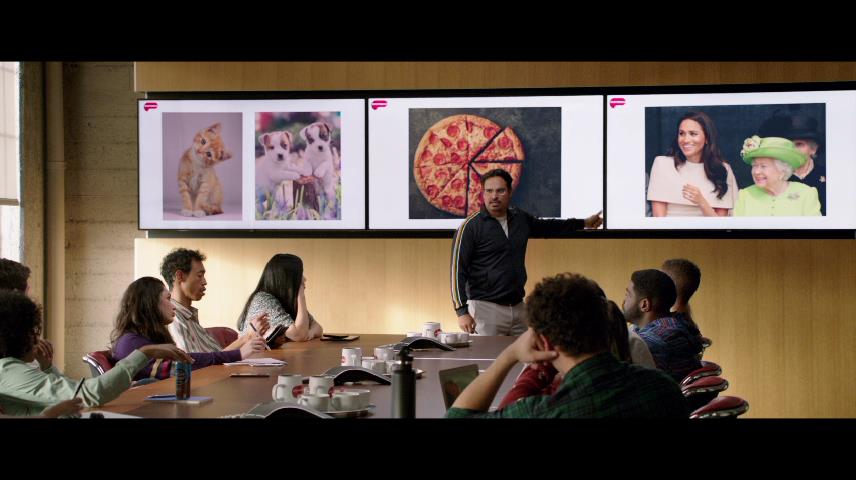 Jexi certainly isn't high art, but I enjoyed it a lot more than I thought I would mainly thanks to the cast not taking it too seriously nor being overly unfunny. Like Electric Dreams (which was also shot in San Francisco) it may have a cult following in later years, and it should be interesting to see how dated it becomes by then.