70s trucker films are an enjoyable genre even though many of them are the same. Released in 1978 as a quick and cheap Canadian production, Hi-Ballin' is a great example. You've got CB radio lingo (10-4 good buddy), road chases, stops at bars to hear country music and get into fights, pullovers to roadside motels with lady truckers, and crooked businessmen trying to disrupt the truckers' honest living. Country singer Jerry Reed stars as Duke, a respected trucker in the business to support his family and farm, although he's thinking about retiring soon. His old biker friend Rane (Peter Fonda) shows up one day, and Duke figures the two of them can do one last run together like old times. Other truckers are reporting some highjackings however- some are lured off the road by "beavers" (lady motorists) pretending to be stranded, then a bunch of thugs appear out of hiding to beat them and take their trucks. If the beaver trap doesn't work and they just keep on going, they get shot at. Meanwhile, King Caroll Cargo is trying to buy out the smaller-time independent truckers and get them working for him. Duke won't have any of that, but others are scared by the hijackings and figure selling out is an easy way to avoid that trouble. Not to spoil anything, but it's not too difficult to figure out who's really behind the attacks. 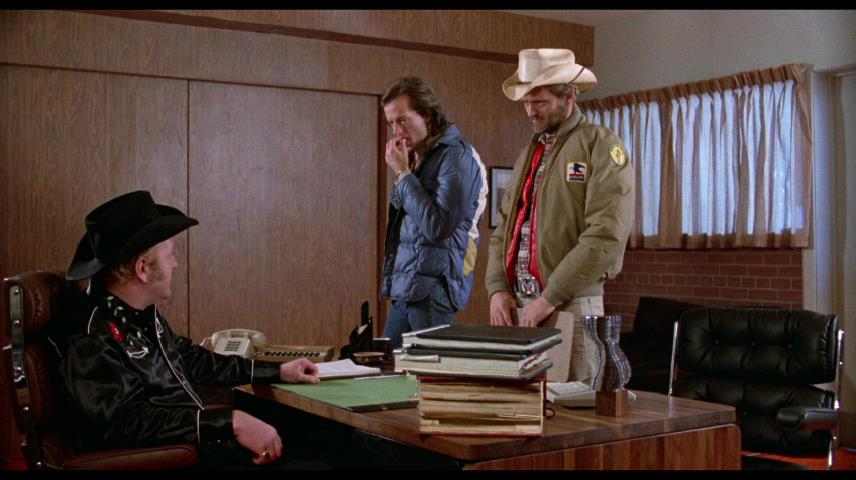 Duke and Rane instead try to outsmart the bad guys, setting up a number of action and chase sequences- the biggest of which has them towing a bunch of racecars through snowy roads and using them as weapons against the attackers. Rane climbs out onto the truck (instead of Duke as shown on the front cover) and first starts rolling the cars off onto the road to block the chasers, then turning some of them into explosives using flares. There's no explanation of how the owners of those cars handled their sacrifice, but they must have figured it was necessary for self-defense. A beaver named Pickup (Helen Shaver) drives around in her small truck for no apparent reason except to watch out for the bad guys and warn the good guys about them via CB. She has the hots for Duke but since he's married, she settles for Rane. Of course all of this eventually leads to a big showdown after it's discovered where the attacks are coming from. 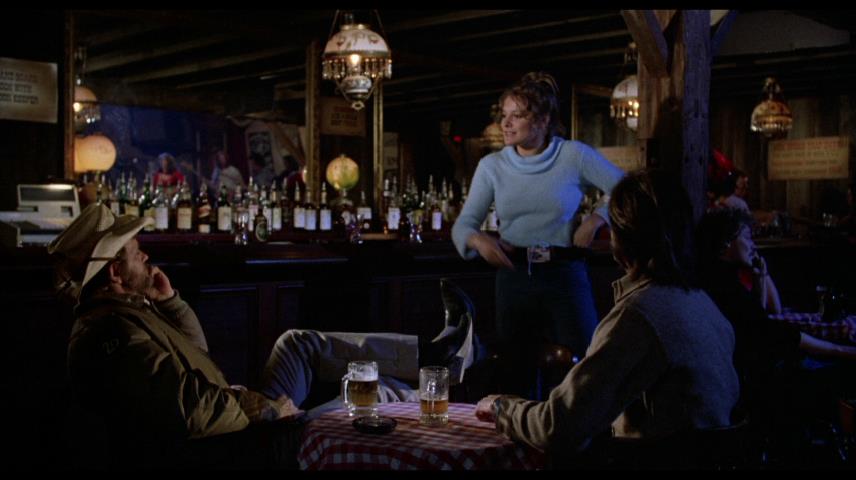 The picture is transferred in its proper 1.85 ratio, looking very clean with practically no dirt or scratches but not artificially enhanced to look any better than it should. (The included trailer for the movie isn't nearly as pristine, and one could argue still looks more authentic.) The mono audio is also very clean, likely sounding better than it did in many theaters. It's encoded in 2-channel DTS Master Audio but stays properly centered with Pro-Logic decoding. Standard subtitles are included, showing dialogue and song lyrics but not sound effects. 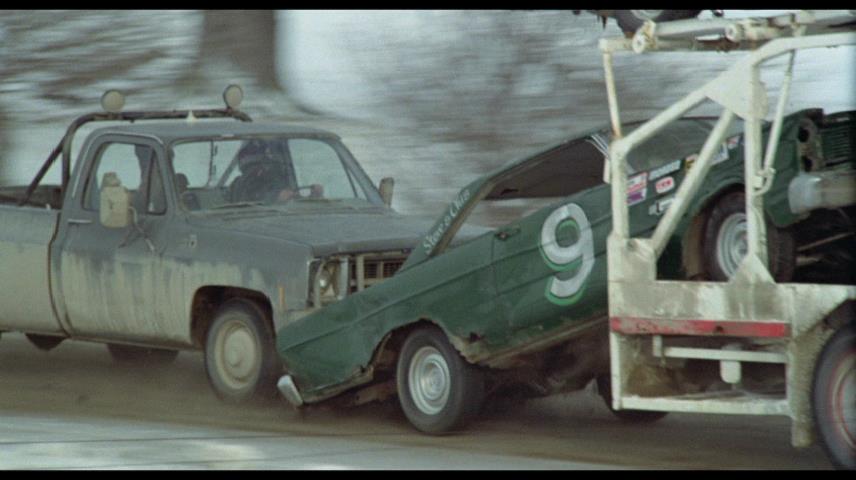 Aside from the film's trailer which was narrated by Jerry Reed, there's also a "Trailers from Hell" segment with David DeCoteau as he gives a bit of the film's history- how it was shot in late winter 1977 because that was the short window of time when all the complicated financial stuff worked out the best for those who put up the money- although they weren't too pleased with the un-flattering picture the weather painted of Ontario. Two vintage radio commercials for the movie are also included, along with trailers for other Kino releases in varying quality matching the genre and cast: Certain Fury, Ulee's Gold, Bat 21, The Park is Mine, Wanda Nevada transferred in 4x3 letterbox then improperly stretched to 16x9, and Gator and Convoy both vertically squeezed in 16x9, making it impossible to even manually restore these to their right proportions. 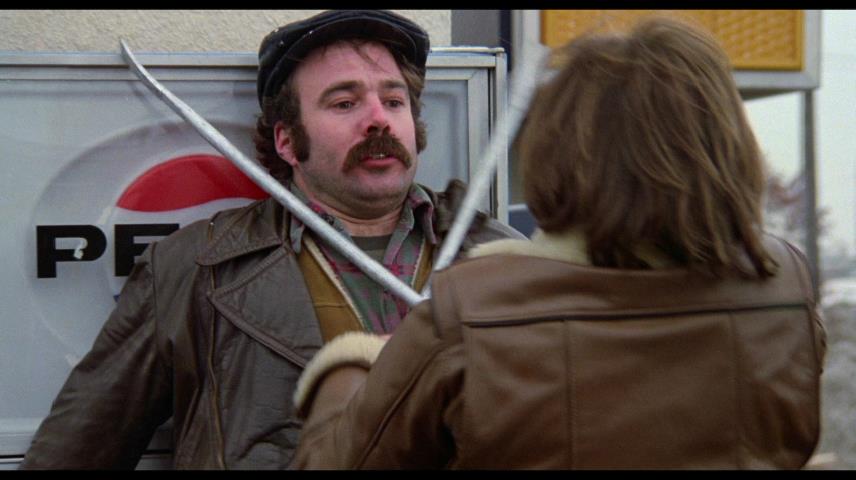 High-Ballin' is standard drive-in fare that doesn't get many points for originality, but still a must for fans of the trucker genre. Kino's presentation is first-rate, making it look and sound the best it probably ever will.