Slavery was a shameful period in our nation's history, and has been continuously taught in hopes that it will never happen again (those who forget the past are condemned to repeat it). The story of Harriet Tubman, a slave who fought for the freedom of not just herself but others, was told many times in school, and it's interesting that this hasn't been considered for a movie until now. Harriet is played by Cynthia Erivo, given the name "Minty" as a slave. She and her family are slaves on the Brodess farm, but she is married to a freed black man named John (Zackary Momoh) who tries to get Harriet freed by legal means. There are also provisions that Harriet's other family members are to be freed at a certain point, but Mr. Brodess (Michael Marunde, doing a rather stereotypical bad-guy performance) flatly refuses to consider or honor any of that. This is when we find out that Harriet, at least as portrayed here, has somewhat of a power- she runs off and prays for his death, and soon after he does in fact die. His son Gideon (Joe Alwyn, a British actor playing at least his second stereotypical American role after Billy Lynn's Long Halftime Walk) vows to uphold his father's wishes but also sell Harriet. His memorably-crafted dialogue compares their relationship to that of a pig- its owner can have fun with them, but might decide one day to sell or eat them without any thought. 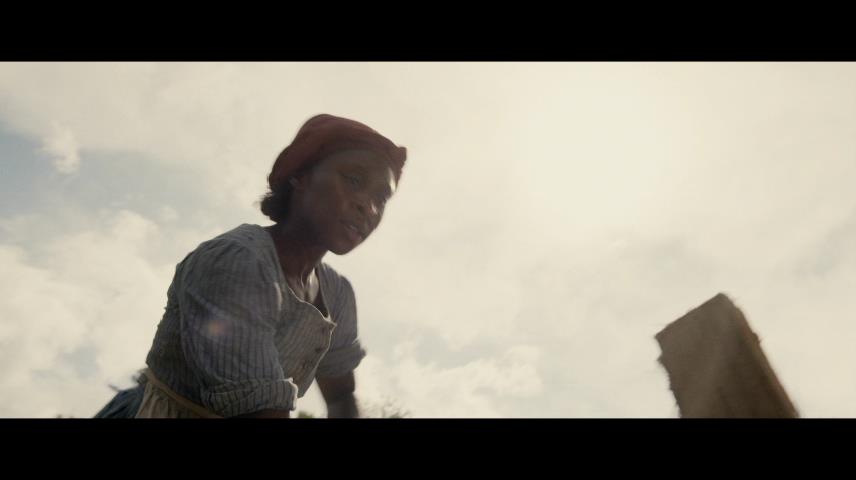 Seeing that her life can only get worse from that point, she decides to run to Philadelphia, which is a hundred or so miles away but in a free state. She leaves John behind as she doesn't want him to get into any trouble. Making the journey on foot is a bit of an undertaking, but she's helped out by some kindly folk along the way (while the film doesn't point this out, this was part of the "underground railroad" set up to help slaves to freedom) and arrives, landing a home and job at a boarding house owned by Marie (Janelle Monae) who was born free in the city. She also befriends William Still (Leslie Odom Jr.), a black man who leads an anti-slavery movement. A year later, against everyone's advice, she decides to return to the Brodess farm and guide the rest of her family to freedom. She quickly becomes a hero leading many slaves to freedom, but the Brodess family (thinking she had died while escaping) is angry about losing their slaves and their neighbors blame them for their slaves going missing as well. Gideon leads a hunt for them (thinking a large strong man named "Moses" is behind this, rather than a small woman) and also backs a proposed law that would force escaped slaves in free states to return.

Another "power" Harriet is given, which she is said to have had in real life, is the ability to foresee trouble ahead. As she is leading a group of escaped slaves while being chased, she suddenly has "visions" telling her to go a different way- and we see that she made the right choice as she would have been caught otherwise. She traces this to a skull injury she had as a child while being abused. Part of the story that I didn't learn in school was that she was given a gun by Marie and shown how to properly use it, and the general idea of violence as a way to defend oneself isn't shied away from. Although many of the "bad" characters' performances seem just a bit cartoonish, this is a good re-telling of history- the only flaw was that the movie ended when it seemed to have at least one act left in it (when the Civil War begins.) 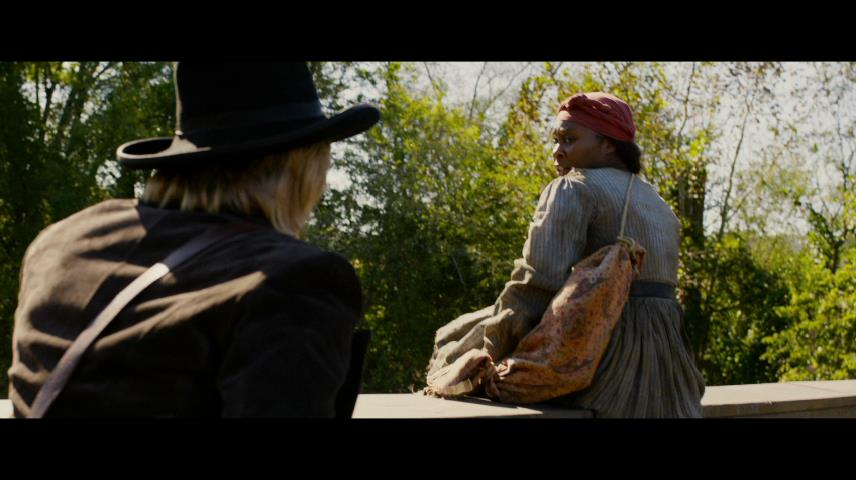 Shot digitally in a 2.35 ratio, the film makes great use of its locations but detail seems just a bit lacking- this is one time where a 4K disc might have looked noticeably better, but none has been released. The overall look is close to film and some artificial grain seems to have been applied in just a few shots. The color scheme changes noticeably as the narrative's setting changes from good situations to bad. A standard DVD is also included, which looks decent enough for that format but is obviously softer- facial details suffer the most there.

Although the end credits indicate a Dolby Atmos mix, the Blu-Ray's audio is discrete 7.1 DTS Master Audio without any "immersive" format added. The soundscape is active most of the time, with plenty of ambient sounds and voices in the rear channels. Dialogue sounds good as do the many sung portions, which beg to be played at a good volume level. Both discs also include a descriptive audio track and Spanish and French dubs. Universal's standard hearing-impaired subtitles, which are positioned onscreen similar to traditional closed captions are included, with Spanish and French subtitles also. 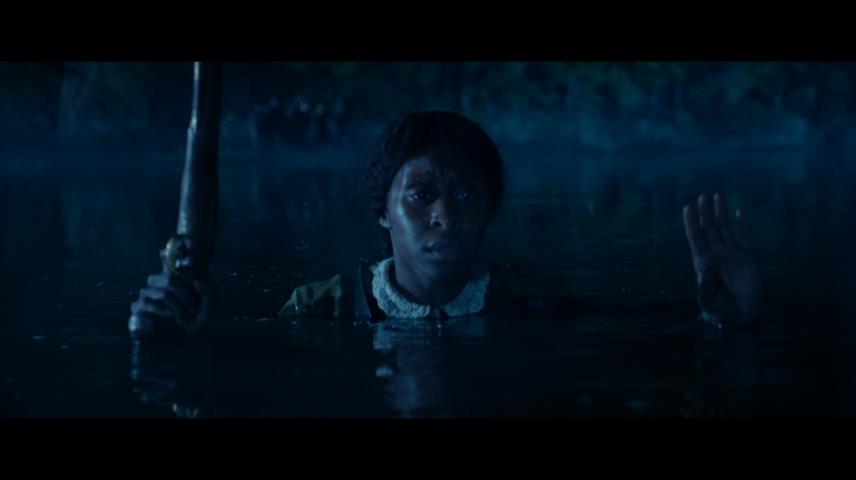 Director Kasi Lemmons provides a very engaging commentary track, talking about both the making of the film as well as the history portrayed. The other extras are a bit sparse and play automatically after the movie- some deleted scenes, including one that better explains where Harriet was able to sleep on her journey and another showing a possible romance between Harriet and William that was probably best left out. A short piece called "Her Story" shows a bit of production footage (I hate to say this again, but seeing small digital cameras shooting rather than large film cameras just looks cheap) and thoughts from the cast and crew, and another called "Becoming Harriet" is specifically about Cynthia Erivo and how she was chosen for the role after being seen in a stage version of "The Color Purple". 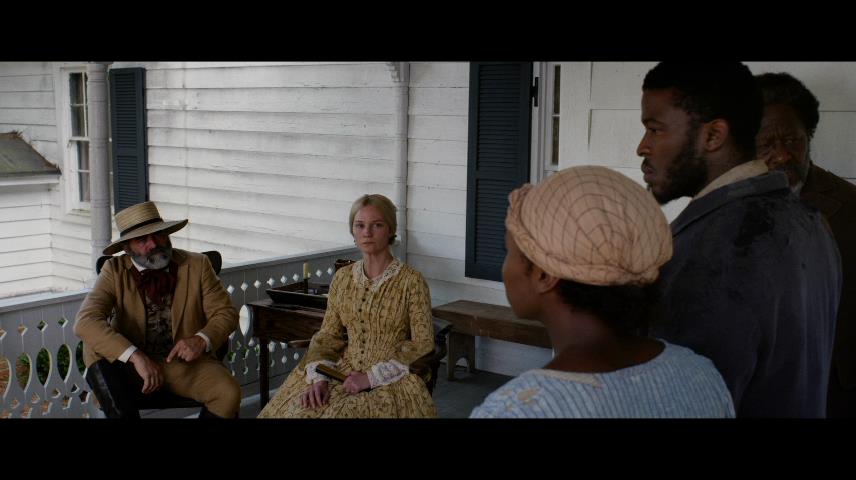 Harriet Tubman's story is one perfectly fit for a movie, as it was one where a seemingly weak and ordinary person was able to fight a huge injustice. While it does run a bit over two hours, portions of it still feel a bit rushed and the ending comes before the rest of the story is completely told aside from some quick title cards. Overall though it's worthwhile viewing and will likely be used in school curriculums in the future.