Paramount // Unrated // February 4, 2020
List Price: $34.99 [Buy now and save at Amazon]
Review by Stuart Galbraith IV | posted March 25, 2020 | E-mail the Author
(Note: Reviews of Gunsmoke: The Eighteenth Season and Gunsmoke: The Nineteenth Season are identical. In preparing them I watched at episodes and the extras from both sets.)


Nearing home plate, CBS/Paramount's Eighteenth and Nineteenth of 20 season sets of Gunsmoke (1955-1975) nearly finishes off the classic series. Many wondered if the label would complete the series before the DVD format went kaput, so their determination to see it through deserves our gratitude. 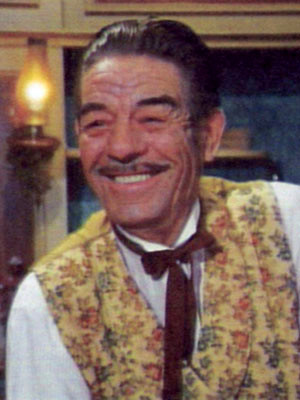 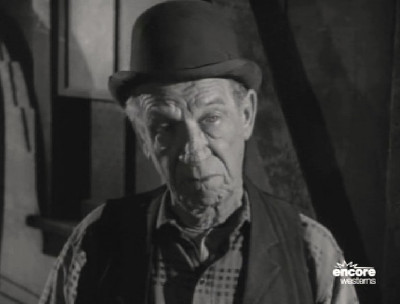 Given that Gunsmoke ultimately resulted in an astounding 635 episodes, some repetition of story ideas was inevitable. My pal Jeff Flugel rightly observes that every time Kitty boards a stage headin' outta Dodge she'll almost certainly run head-smack into some life-threatening crisis, and that holds true for any train ride our characters take which, given that Gunsmoke's producers seem to have invested in a couple of train car sets, is more frequent in these later seasons.

Seasons eighteen and especially nineteen are really the beginning of the end of Gunsmoke, though quality-wise its scripts remain consistently good. During the 1972-73 season, it was still a Top Ten show, coming in at number eight. The following year it was a still-respectable 15th, ahead of popular shows like Happy Days, Barnaby Jones, and The Streets of San Francisco. However, the TV landscape was quickly changing. By '74-'75, sitcoms like All in the Family, Sanford and Son, and Chico and the Man began to dominate, though The Waltons cracked the Top 10 at number eight.

The bigger changes involved the cast. The nineteenth season would be Amada Blake's last. She'd grown weary of her limited role and was, after nearly two decades of Kittying, anxious to try something different. Except for a too-brief appearance in the 1987 TV movie Gunsmoke: Return to Dodge, that would be it for Blake. She died two years later after years of poor health and was one of the first Hollywood celebrities to die from AIDS complications.

Two leather-faced mainstays of Gunsmoke also bid adieu: Much-loved character actor Glenn "Pee Wee" Strange, Sam the bartender, had been with the series for a dozen years, beginning around 1961. He's fairly prominent in shows as late as "The Widowmaker," but by then was dying of terminal lung cancer and barely whispers a line or two in "The Hanging of Newly O'Brien," his last appearance and one of several that aired after his death in September 1973.

Hank Patterson had been with the show even longer, his first appearance dating back to 1959. He played a variety of roles before settling into the part of Hank, livery stable operator, which he played until "A Game of Death, An Act of Love" in 1973. Unusually, his other concurrent, continuing role was even more famous, as pig father Fred Ziffel on two other series: Petticoat Junction and, more famously, Green Acres. Patterson died at 86 in 1975.

Fine shows abound. Season 18's "Bohannan," casts Richard Kiley as a faith healer, whom Doc insists is a fraud doing more harm than good. The well-written show (with remarkably authentic period dialog) seems to be heading in an obvious direction but then turns surprising corners I won't reveal here.

Season 19's two-part season opener "Women for Sale" is an historically accurate account of the illegal white slave trade, done on a fairly epic scale, with James Whitmore guesting as the Irish-born leader of the heartless organization shipping (mostly) women across the border into Mexico. The episode features a surprising dramatic turn by Shani Wallis, wearing virtually the same costume she'd worn in Oliver! a few years before. Intriguingly, this episode features opening narration by William Conrad, radio's Marshal Dillon.

"Matt's Love Story," featuring Michael Lenard, is highly regarded, but I was equally taken with "The Widowmaker," guest-starring Steve Forrest as a legendary quick-draw trying to put that life behind him, only to be challenged by young gunfighters and disrupting the peace of Dodge, forcing Matt into an uncomfortable position. As with "Bohannan" this show could have resolved its dramatic conflicts in obvious, easy ways, but the intelligent writing keeps the viewer guessing.

The Season 19 finale, "The Disciple," might have served well as a series finale (something denied when Gunsmoke was abruptly cancelled). Matt's shooting arm is badly injured in a gunfight with bank robbers, so much so Doc warns him it might never fully heal. To everyone's shock Matt resigns and everyone gives his replacement (Paul Picerni) the cold shoulder. Matt leaves town and meets up with an army deserter, Lem (Dennis Redfield), a pacifist. The allusions to the Vietnam War and its deserters was a rare venture into topicality for the series, but it works.

A real surprise is an archival audio commentary with James Arness (recorded in 2005) for "A Quiet Day in Dodge" on Season 18, while Costello and Jim Byrnes provide one for "Women for Sale" (Part 2) on Season 19.