Michael Hutchence, the late front man for 1980s and 90s band INXS (whose 1983 single "The One Thing" was introduced to me via Casey Kasem's American Top 40 radio show, as it debuted right at #40) is profiled here 22 years after his death which was ruled as a suicide. It's directed by Richard Lowenstein who also directed many of the band's music videos, but Hutchence himself is the main subject here rather than the band or its music. Although it doesn't present his entire life story, we learn a bit about his early life- born in Australia his family moved to Hong Kong for a bit during his childhood and later his mother took off with him for the United States. Those who knew him as a kid say he was shy then, but surprised everyone by opening up and discovering that he loved to perform. He was already close friends with the three Farriss Brothers (Andrew, Jon and Tim) who had started a band and became the lead singer. They played many shows in the late 70s and early 80s before securing a record contract that brought them worldwide fame. 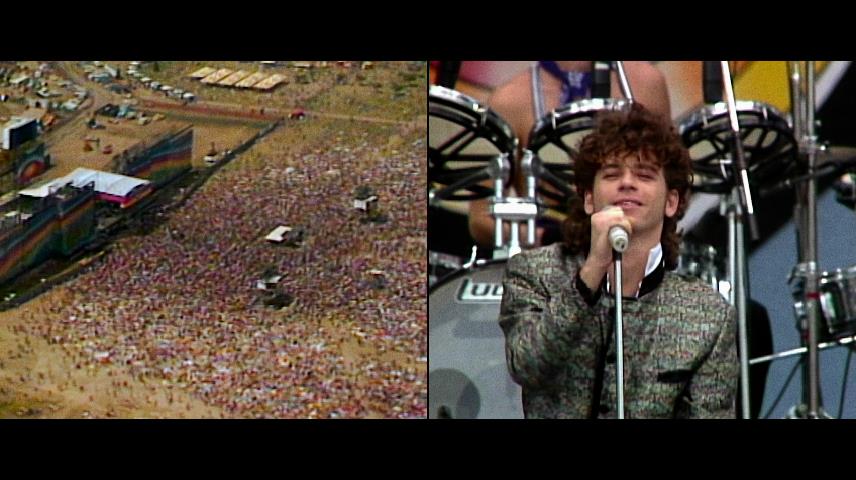 The bulk of this documentary is present-day recollections of Hutchence from those who were closest to him, including his many girlfriends. They all speak offscreen however, as the entirety of the visuals are archival film, video and photos some of which was shot by Michael himself. Annotations onscreen often appear to tell you who shot the footage you're seeing, as well as who you're hearing speaking and what their relationship was- among the many others we hear from are INXS's managers and record producers. The passage of time has allowed them to say mostly good things about him, even those whose relationships ended badly years ago. One of Michael's higher-profile romances was with fellow singer Kylie Minogue, who he romanced by following her on her tour of Japan. She shares some silly notes that the two faxed to each other (this was high-tech at the time) and some candid personal home videos of them on a train trip. U2 lead singer Bono also speaks highly of Michael, saying that he felt he never saw how talented he really was.

Michael's missteps in his career are still highlighted- mainly his desire in 1989 to record a solo album against the advice of his producer and bandmates- this ended up being a side project called Max Q which I managed never to hear about then- it seemed to get little to no airplay in the US or much visibility in record stores I frequented. There's also talk about disagreements with the other bandmates over which direction their music should go- personally while I liked their earlier music back then which fit more with the new wave sound of the period, I didn't much care for their shift to more traditional rock starting with the "Kick" album- although that brought their biggest commercial success. Girlfriend Helena Cristensen describes the incident in 1992 that truly brought the beginning of the end- while in Copenhagen, he was assaulted by a taxi driver which left him with severe head injuries including brain damage. Michael resisted visiting a hospital for several weeks, and also did not even want anyone else to know about the incident. Looking back it seems that legal action should have been pursued at the very least, as he was radically changed afterwards. Although INXS kept recording and touring, he had become a different and much more unpleasant person. Still this film ultimately tries to serve as a tribute and remembrance. (Being nit-picky, I do have to point out the message shown onscreen at the very end, which says "If you are feeling suicidal or know someone who does, please refer to" and the line under that is quickly blacked out. I have to wonder the reason for that.) 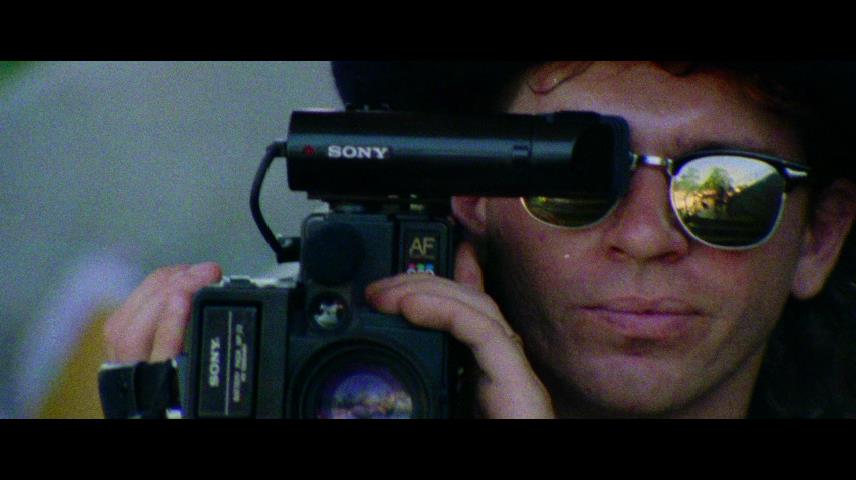 The documentary is presented in a 2.35 ratio, which doesn't make a lot of sense given that most of the footage wasn't shot as wide and this was only given limited theatrical showings. The wider frame is best used for a number of split-screen shots, but most of the time footage is shown with the top and bottom cropped. Material shot on video gets the added injury of a reduced frame rate- some of that is properly transferred while others are intentionally shot off a monitor. Most of the film footage appears to be newly transferred in HD, including some from INXS' "Live Baby Live" concert film which is being released soon on Blu-Ray. The Blu-Ray presents all of this as it should be with no noticeable encoding artifacts.

The end credits indicate Dolby Atmos, but this Blu-Ray is limited to a 5.1 mix in DTS Master Audio. The soundstage is used rather creatively, with not just music (although no complete songs are featured) but also voices and sounds in all channels. An alternate 2-channel matrix surround track is also included which is impressive on its own merits, but obviously the Atmos mix would have been much more appreciated. Hearing-impaired subtitles are included, which have a few typos.

In addition to the trailer there are a number of unused segments, including one which focuses on Michael's one movie performance in 1986's Dogs in Space, also directed by Lowenstein. He had hoped to do more acting in his life. 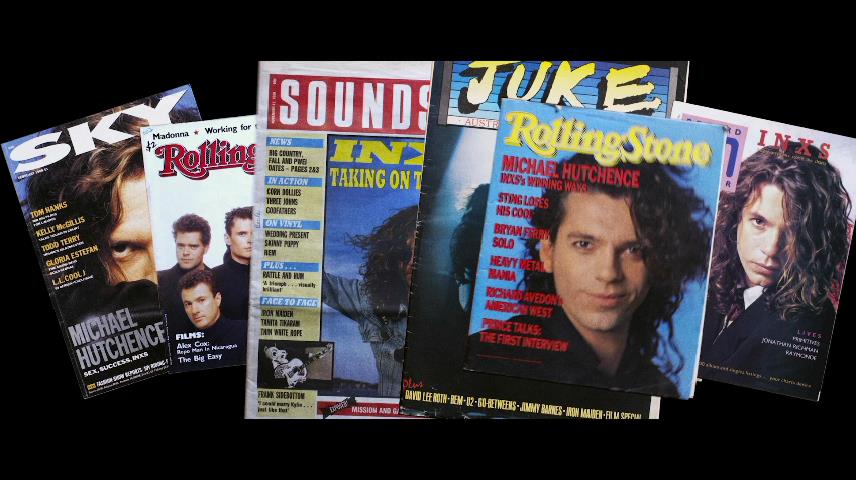 Mystify likely won't hold the interest of those unfamiliar with INXS, but it presents a fitting remembrance of its lead singer who died too early- as I hadn't heard the exact details of his death at the time, this also served as closure on that. I continue to enjoy the music left behind, even appreciating the later material that I didn't like so much when it was new- the now out of print DVD "I'm Only Looking: The Best of INXS" is highly recommended if you can find it, as it includes most of their videos with true 5.1 remixes. Knowing the complete story makes it a bit sadder however, as I now wish his assailant had at least been brought to justice.