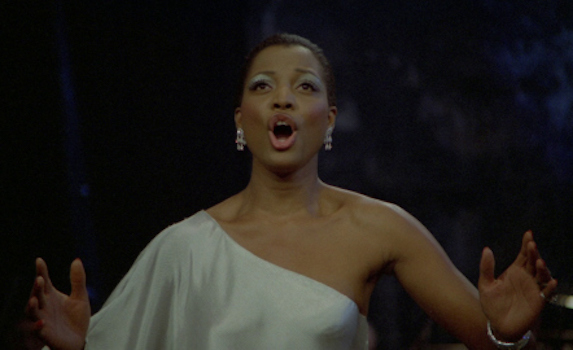 The 1981 thriller Diva is credited with changing the face of French cinema and ushering in a style dubbed cinéma du look. While folks continue to argue whether le look was a revolution or a fad, Diva announces itself as something new and something decidedly '80s. Diva's director, Jean-Jacques Beineix, has argued for years that the film's perceived slickness is itself a commentary on the foothold advertising and consumerism was gaining on culture. But considering that the corporations successfully took over culture long ago -- heck, Sylvester Stallone's cop flick Cobra contained some of Diva's visual DNA in 1986 -- Beineix's intended commentary is easy to miss now. This postmodern aspect is also not what makes Diva an engaging watch by a long shot.

Frédéric Andréi stars as a young moped-riding postman who finds himself the target of gangsters, cops, and two ruthless-looking Taiwanese businessmen. The postman, Jules, is an opera enthusiast who is in love (from a distance) with an African-American diva, Cynthia Hawkins (Wilhemenia Fernandez). At the start of the film, we see him cautiously recording a bootleg of a Hawkins singing performance on a hidden reel-to-reel. Not satisfied with just the audio artifact, he also steals her dress from a backstage hanger. The Taiwanese businessmen -- seen wearing matching reflective sunglasses -- spot Jules recording and decide to go after the bootleg. Cynthia Hawkins has refused to ever make an official recording of her work, and it would surely make a mint.

Jules's place is ransacked, and he learns that the cops want to speak with him. He assumes it is either because of the dress or the bootleg, so he starts hiding out with friends. Actually, Jules has been unwittingly given another tape, slipped into his mailbag by a witness before being killed. The tape contains evidence about a prostitution and drugs ring on it, so the cops want to retrieve it. The gangsters naturally want to get it first. But Jules doesn't learn this for quite while, so instead he returns the dress to make amends. Cynthia Hawkins is taken with this presumptuous young man and they begin a vaguely defined courtship.

Diva is both wildly convoluted and oddly unconcerned with its plot. Beineix must have been more wrapped up in the visual and conceptual aspects of the film, because the major setpieces crackle with electricity and invention while the nuts and bolts used to build his thriller feel loosely assembled. It's not a fatal flaw, as the film's style and energy propel it past all sorts of issues, including wobbly performances and half-baked characterizations.

Delicatessen's Dominique Pinon makes an impression as an skinhead hitman with an icepick, while Richard Bohringer and Thuy An Luu are a memorable March-October criminal odd couple who aid and abet Jules as he navigates the different groups who want to get him. Oddly, Andréi and Fernandez as our central characters come off disappointingly flat. Fernandez is physically expressive and a strong opera singer, but her line readings in both English and French sound oddly stilted. Andréi meanwhile is just blank -- which might be Beineix's desire, but it makes Jules less memorable than the film around him.

However, the film's centerpiece -- a chase where Jules's motorbike is followed through streets, subway stations, and up and down stairways -- still dazzles. The French Connection will probably always be considered the film with the best chase sequence, but Diva makes a legitimate grab for that crown.

Based on what I've read, Diva seems like it was one of those "you had to be there" films that felt so fresh and unexpected upon release that it screamed "instant classic." However, the culture moved fast, and now Diva's innovations seem less special. It's certainly worth experiencing for first-timers, but approaching the film with "classic" expectations might lead to disappointment. 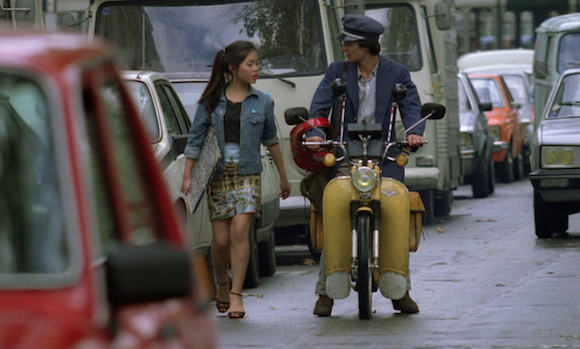 The Video:
A strong AVC-encoded 1080p 1.66:1 transfer. It doesn't look like a new remastering but the detail is crisp, with the colors looking accurate and vibrant. The image is sometimes a little dark, but shadow detail is well-delineated.

The Audio:
The French DTS-HD MA 2.0 mix (with optional English subtitles) is well-supported. The opera performances never distort on the high end, and dialogue and effects are easy to distinguish.

- Critic Abrams offers a rapid-fire breakdown of the film and offers a well-researched barrage of information and analysis in a highly approachable style.


Final Thoughts:
Fans of Diva should be pleased with this crisp-looking HD upgrade. Newcomers might not understand what all the fuss is about -- honestly, I don't either -- but that doesn't mean this isn't a zippy and entertaining thriller. Recommended. 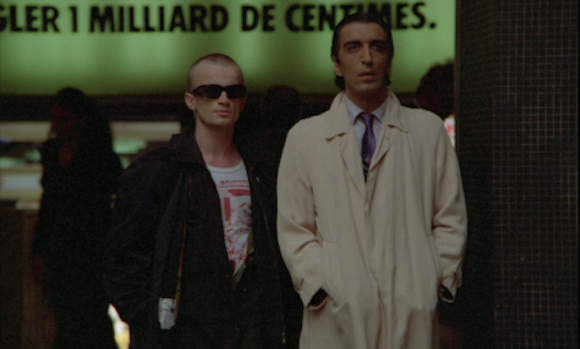