This 1979 film which was titled A Very Big Withdrawal in preview screenings and reissues features Donald Sutherland as aspiring thief Reese. With Paul Mazursky as computer-genius buddy Norman, they watch a brand-new bank being built in Vancouver and plan to rob it after it opens and then flee the country. The construction site has minimal security at night, so they're able to go in and mess with the equipment as it's being installed giving Norman control over all of the alarms and locks. The plan seems perfect on paper, but of course there has to be just one little thing that messes it up- this happens when Reese visits the construction site during the day wearing a hard-hat and blending in with all of the other workers so he can nonchalantly grab some of the building's blueprints and just walk out with them. Photographer Stacey (Brooke Adams, who appeared with Sutherland in the remake of Invasion of the Body Snatchers a year before) happens to snap a perfect picture of him on his way out while she's taking publicity photos. Reese has to downplay the severity of this to Norman, but he now has to track down Stacey and at least pretend to make friends with her in order to get the negatives before they get printed. Stacey is living with a rather unstable boyfriend (Allan Kolman) but sees Reese as a good reason to end that relationship. 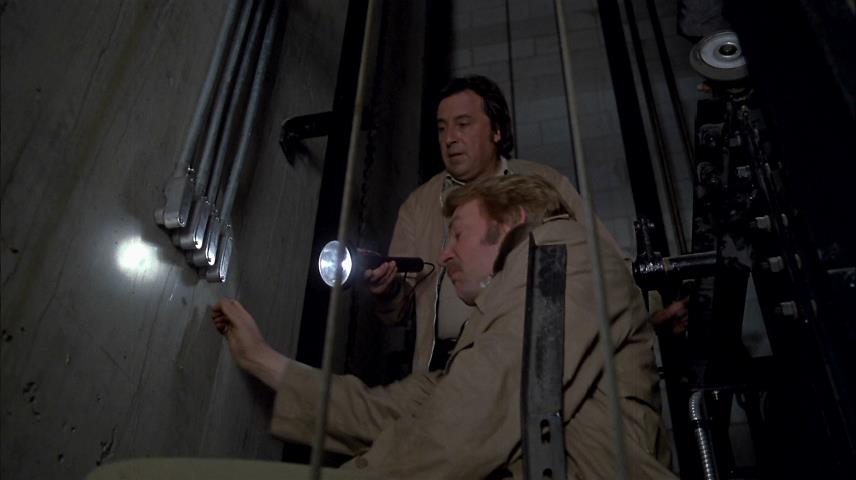 As you'd expect, the two of them end up falling in love, though Reese has to keep making up stories about himself and not let her know what he's really doing. She still thinks he's part of the construction crew and likes his picture so much she wants to put it on a huge billboard outside the bank. The love story sets the movie on an uneven course, as the bank heist is shoved to the side for a bit to let that part develop. That seems to be a common criticism of this movie since it was released. Still, the characters are what hold this movie together- the three principles are at a point in their lives where none of them are happy with the way things are going, and just need one break. For the two men it's to pull this bank heist off and for the woman it's to change her living situation completely.

I've reviewed a number of older films lately that were a bit flawed, but my opinion of them was largely swayed by their time periods. Here it's the late 1970s and you've got the fashions of the time, several outdated computer references as well as a lighthearted music score by Bill Conti with a pop theme tune by Dan Hill that didn't become a hit but should have. (It plays repeatedly over the main menu and I somehow never got tired of it.) 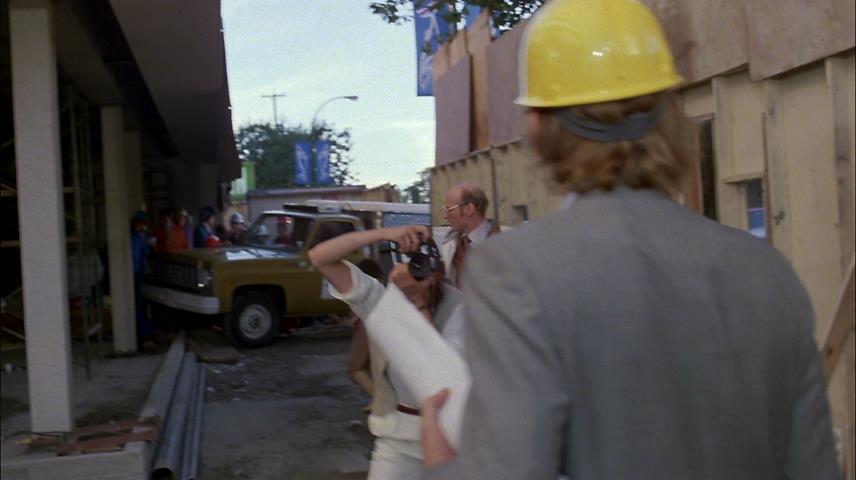 The movie is transferred in a full 1.77 ratio from clean elements but overall looks a bit rough around the edges from being slightly grainy and colors are rather light. I would need to see an older transfer to determine if this was part of the movie's intended look or not.

The mono audio, encoded in 2-channel DTS Master Audio, is very clean all things considered, nothing special but serviceable. Subtitles are included using rather small lettering. 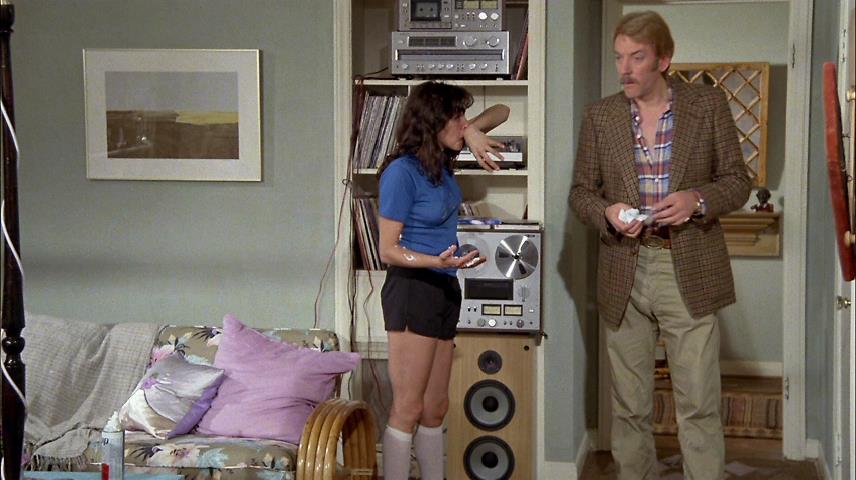 The Blu-Ray boasts two audio commentary tracks- the first is with director Noel Black and producer Peter Samuelson and was recorded around 2003 for a previous DVD release, mentioning a few "upcoming" movies including a couple that never saw the light of day. They talk a bit about the production, including the odd financial breaks from shooting in Canada- most movies made there are done so for monetary reasons, but this one actually takes place there. The second track is with film historians Dean Brandum and Andrew Nette, recorded quite recently as COVID is actually mentioned in passing. Typical of Kino "Film Historian" commentaries, they discuss the cast and crew in general more than the movie itself. They spend quite a bit of time on Donald Sutherland's career, as there were a few years when it seemed he was in nearly every movie.

The movie's trailer is included along with ones for others with Donald Sutherland available from Kino: The Great Train Robbery, Ordeal by Innocence, The Rosary Murders and The Puppet Masters. 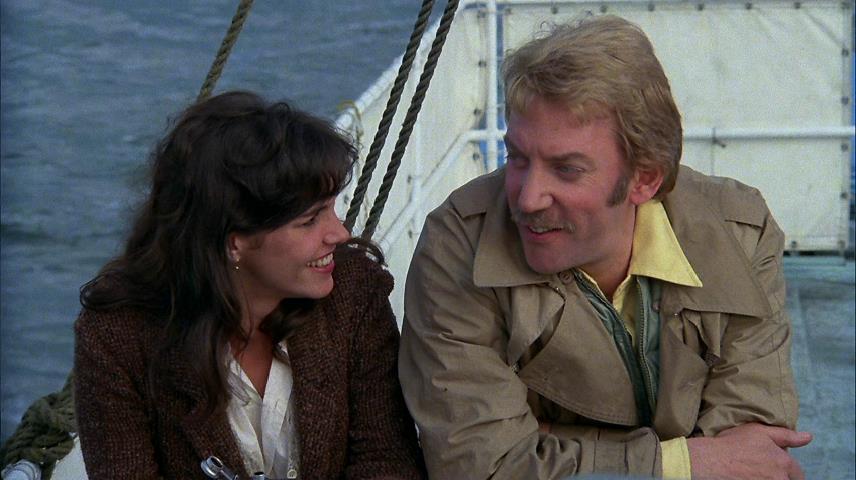 A Man, A Woman and A Bank isn't exactly a classic of the late 70s, but is certainly worth a look today. Admittedly I'm once again favoring it for the time it was made, I would have likely picked it apart much more if it were shot this year. The two commentaries included give the viewer a good perspective of the movie and those behind it.