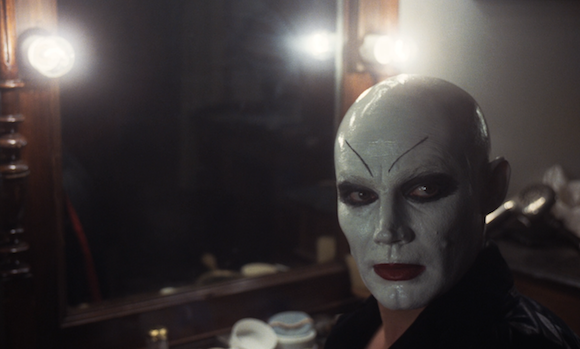 The title Mephisto refers to the devil character in Goethe's Faust. Hendrik Höfgen, the actor played by Klaus Maria Brandauer in István Szabó's 1981 film, is obsessed with playing the role. The irony of the film, and of the 1936 Klaus Mann novel which inspired it, is that Hendrik finds himself becoming unwittingly damned -- a real-life Faust -- in order to achieve his dream.

The film begins in Hamburg, Germany, just before the Nazis come to power. Hendrik is a promising small-town nobody whose thwarted ambition is just on the verge of curdling. Brandauer plays him as both foppish and feral: when he is happy, he can flirt like a man who believes he is suaver than he is, and when he is angry, he tears apart dressing rooms and scene partners with equal aplomb.

Brandauer is so good, in fact, that I had a hard time getting into this film. I had to re-start it on a few different days, because I didn't want to spend time with this self-centered asshole. But Brandauer's performance is so carefully modulated -- and Szabó's storytelling is so unexpectedly swift (especially for a 2 1/2 hour-long film) -- that I was soon swept up.

Hendrik begins the film as a left-leaning rabble-rouser, outspoken in his support of artistically honest political theater and in his disdain for National Socialists. But then he starts his climb up the social ladder. He moves to Berlin, marries wealthy. When the Nazis take power, he decides not to flee like his wife and many friends do. He is told he can be forgiven his "Bolshevik" past with a few good words put in with a high-ranking General (Rolf Hoppe, in a role modeled on Hermann Göring). The General likes Hendrik's performances as Mephisto and takes a special interest in him. He allows Hendrik's star to shine at the Prussian State Theater, and Hendrik happily becomes a mouthpiece for Nazi values.

Hendrik believes he has power because he is liked by the powerful. He is able to get favors for his friends -- release from arrest, safe exile to France -- so he feels like he is gaming the system. But the General -- the film's real Mephisto -- holds all the power. Hoppe is magnificent in the role: all gentle chummy energy when Hendrik is pleasing and obedient, then abruptly harsh or scolding when Hendrik is tiresome or over-inflated. The film allows the General to fully express his disdain for Hendrik near the end, but his dialogue is full of passive-aggressive putdowns that Hoppe delivers with a perfectly inflected attitude of "good-natured" humiliation.

While there are plenty of striking acting moments throughout Mephisto, Szabó does an excellent job of balancing the film somewhere between showy and tasteful. There's an overriding elegance that keeps viewers engrossed in the story, which makes the inevitable rug-pull for Hendrik sting like we didn't know it was coming.

Mephisto won the Academy Award for Best Foreign Language Film, making it the first Hungarian film to do so. (The second Hungarian winner didn't arrive until 2016's Son of Saul.) 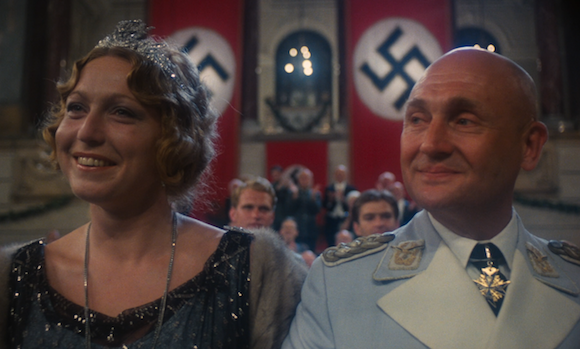 The Blu-ray
Mephisto is packaged with a color booklet featuring stills, plus writing by director István Szabó and critic Bilge Ebiri.

The Video:
Sourced by a 4K restoration by the Hungarian National Film Archive, the AVC-encoded 1080p 1.66:1 transfer is outstanding. Clean, with a rich, filmic look. Saturated colors with lifelike skin-tones. Good fine detail and strong contrast and shadow detail. Encoded with a very high bitrate, with no noticeable compression issues.

The Audio:
The film is offered in two DTS-HD MA 2.0 mono mixes, one in German and one in Hungarian. Various actors are speaking (or mouthing) either language, depending on their respective homelands, so neither option is necessarily "definitive." Both tracks are a mixture of on-set recording and dubbing and, based on a few samplings, many scenes are fully dubbed in both versions. I stuck with the German for my viewing, since that is the language Brandauer speaks and he is the character we see on screen the most. But both sound fine apart from inevitable rubbery lip flap here and there. Optional English subtitles are offered; they do not transcribe a few brief exchanges in English.

- As she did for The Great Leap disc, Deighan provides a jaw-droppingly thorough and thoughtful historical dive into the original Mephisto novel and the 1981 film that fills the whole running time. Like The Great Leap, this is rarely screen-specific, so feel free to treat the commentary as a post-film podcast.

Final Thoughts:
A subtle and stylish exploration of the notion that one can't be neutral on a moving train. The performances by Klaus Maria Brandauer and Rolf Hoppe are particularly strong, and Szabó's filmmaking is elegant and gutsy. The new restoration is outstanding. Highly Recommended. 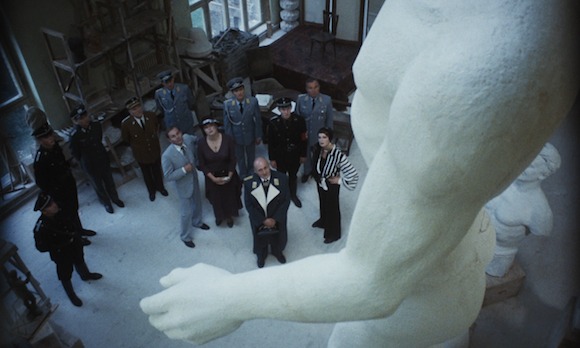