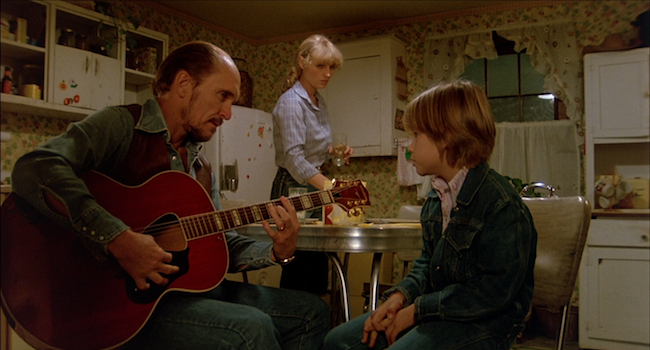 Tender Mercies is the film that won Robert Duvall his Oscar, and it's the film that brought director Bruce Beresford (Breaker Morant, Driving Miss Daisy) to Hollywood. But otherwise, this quiet drama has pretty much flown under the radar since its release in 1983.

Duvall's character, Mac Sledge, is a drunk former country music star who bottoms out right as the film starts. One can envision Mac Sledge as the introspective product of the kind of hard partying in which Rip Torn's country singer indulges in the 1973 drama Payday. (Jeff Bridges in Crazy Heart is another natural comparison, although that film goes in for more Star Is Born-style jealousy and melodrama.)

Mac finds himself in an isolated Texas motel, run by young widow Rosa Lee (Tess Harper). She lives with her 10-year-old child, Sonny (Allan Hubbard). Mac is broke, so he asks if he can stay on to work off his bill. Rosa Lee agrees, and soon Mac is a fixture.

Horton Foote, who won an Oscar for writing this film, utilizes unexpected chronological jumps and elisions to keep the film lean and simple. His script doesn't show us Mac slowly earning his place in Rosa Lee and Sonny's family; it just cuts from a scene of furtive getting-acquainted to two months later when Mac proposes marriage and Rosa Lee accepts. The film doesn't show us a wedding scene either, not that anyone is likely to miss it. Once you pick up on the offbeat narrative rhythm and the understated style, it's easy to go with the flow.

Eventually, Mac's past catches up. A reporter arrives at the motel to do a where-are-they-now? interview and brings news that Mac's ex, a still-popular singing star named Dixie Scott (Betty Buckley), is performing at a theater in nearby Austin. Even though Mac is trying to move on, he's still compelled to reconnect -- if only to see his daughter again.

There's also still the part of Mac that can't totally abandon music. There's an unforced sweetness in the scenes between Mac and his new family, but Duvall's performance has a constant undercurrent of regret. When a local band offers to perform and record with Mac, he is reticent. It's not because he doesn't want to do it. He's scared about getting hurt by the business again.

Foote and Beresford find an approach that is so simple that it almost feels stylized. The characters are plainspoken and so totally without contrivance that it feels like we're watching a transmission from another planet. A more honest planet.

Of course, the actors deserve a lot of credit for this. Tess Harper and Allan Hubbard make their big screen debuts and are utterly natural and unaffected. Betty Buckley has the showiest role by design, but she never goes so far as to appear like she's dropping in out of another movie. Ellen Barkin has a few touching scenes as Mac's estranged daughter. Wilford Brimley makes a welcome appearance as Dixie Scott's world-weary manager.

But in the end, this is Duvall's show. He's the one who uses his face and his whole bearing to fill in the gaps in Foote's spare dialogue and to express the bits of backstory that Beresford reportedly cut out. His talent for treating key moments like throwaways is what ironically makes them showstoppers. The film's most famous scene, in which Mac declares, "I don't trust happiness," is shown in a wide shot with no musical score. All we have is Duvall's body language and a little hitch in his voice as he lets his character's stoic facade wobble. The result is an unparalleled emotional gut-punch. 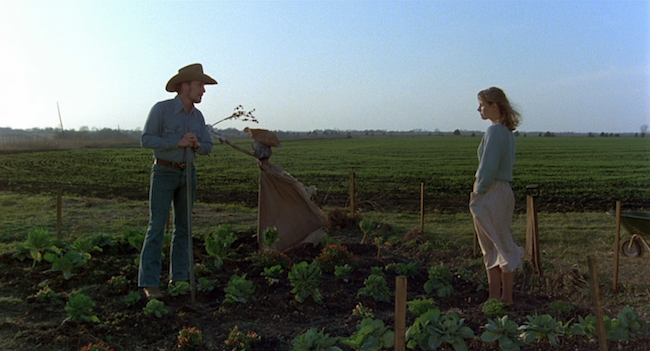 The Blu-ray
Tender Mercies is packaged with reversible cover art that features either the U.S. or European poster on the front.

The Video:
The AVC-encoded 1080p 1.85:1 presentation looks like it's from an older transfer but not really worse for wear. Clarity and color reproduction are quite good -- even with the dusty, beige-y palette of the film. Film grain is typically well-resolved, with some video noise here and there. Nothing that is particularly distracting in motion.

The Audio:
No complaints with the DTS-HD MA 2.0 mono audio. Dialogue is clear with some ambience. Music is well-supported even if the track doesn't offer a ton of oomph. English subtitles are available as an option.

- As he did for Diva, Abrams provides a researched history of the film, in addition to analysis. 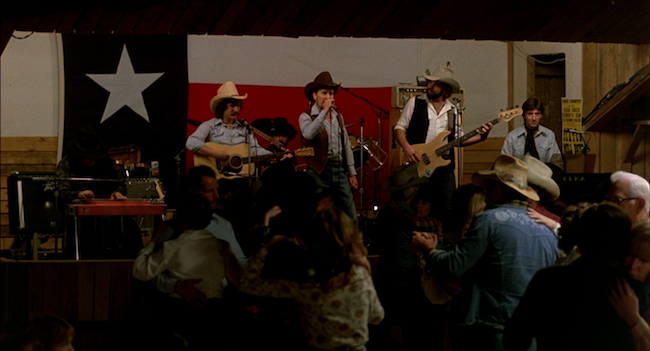