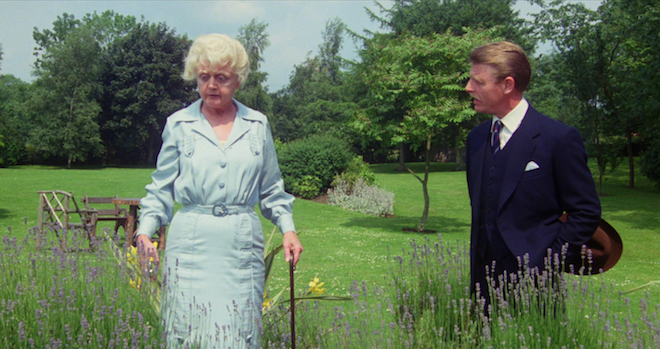 In anticipation of Kenneth Branagh's Death on the Nile adaptation hitting whatever theaters will be open in October, Kino Lorber Studio Classics has released a slew of older Agatha Christie films, like the 1989 Ten Little Indians and the 1978 version of Death on the Nile.

One of the lesser-known titles Kino Lorber has released is 1980's The Mirror Crack'd, a Miss Marple mystery based on the 1962 novel The Mirror Crack'd from Side to Side. It's the handiwork of the same producers as that '78 film and the 1974 Murder on the Orient Express that preceded it. The Mirror Crack'd follows the formula of those films and similarly stacks its cast with well-known names that have mostly seen better days.

The main exception is Miss Marple, played by Angela Lansbury in the midst of her Sweeney Todd resurgence. With her intelligence, primness, and mischievously twinkling eyes, Lansbury is pretty much doing a dry run for her signature character, Jessica Fletcher.

The rest of the ensemble cast consists of Elizabeth Taylor, as an emotionally fragile movie star looking to make a comeback; Rock Hudson, as her director and husband; Kim Novak, as her costar and snippy rival; Tony Curtis, as the schmoozy producer; Geraldine Chaplin, as the exasperated assistant; and Edward Fox, as Scotland Yard's Inspector Craddock.

The story revolves around a Hollywood film crew that has come to the sleepy English village of St. Mary Mead to produce a film about Mary, Queen of Scots. At a fête for the high-profile visitors, one of the local women drinks a poison daiquiri and dies. It is soon revealed that Liz Taylor's character gave her drink to the woman after an accidental spill. Presumably, the poisoner had meant to kill the movie star.

The script by Barry Sandler (Crimes of Passion) and Jonathan Hales (Star Wars: Episode II - Attack of the Clones -- no, really) has irked some Christie fans for the ways it departs from the original novel, but one story element it carries over is the sidelining of Miss Marple. She sprains her ankle early in the film, which forces her to armchair-sleuth from home. Fox's Inspector Craddock does most of the suspect interviews and investigation. It seems strange to give Angela Lansbury top billing and then withhold her from the audience for so much of the film, but it's indicative of how daffy The Mirror Crack'd is.

Director Guy Hamilton is best known for helming Goldfinger, but the tone of The Mirror Crack'd is much closer to the other three, far campier entries he directed in the James Bond franchise*. Characters are constantly trading quips back and forth, with Taylor and Novak's characters saving the sharpest barbs for each other. "I'm so glad to see you've not only kept your gorgeous figure," Novak taunts, "but you've added so much to it." Elsewhere, one of the actresses is dubbed, "Mary, Queen of Sluts."

Hamilton is adept enough that he is able to rein in the campiness for a few moments of genuine emotional turmoil, but Christopher Challis's bright, TV-style lighting never allows the film to shake the overall impression of a late-night soap opera. Or (naturally) a high-concept episode of Murder, She Wrote.

With all these caveats covered, the truth remains that The Mirror Crack'd is a heck of a good time. The cast are all wonderfully game, and the snappy banter helps happily bide the time while the not-terribly-complicated mystery reveals itself. It's a shame that the response to The Mirror Crack'd was lukewarm upon release, because it would've been fun to have Lansbury's version of Marple headline another cinematic mystery. 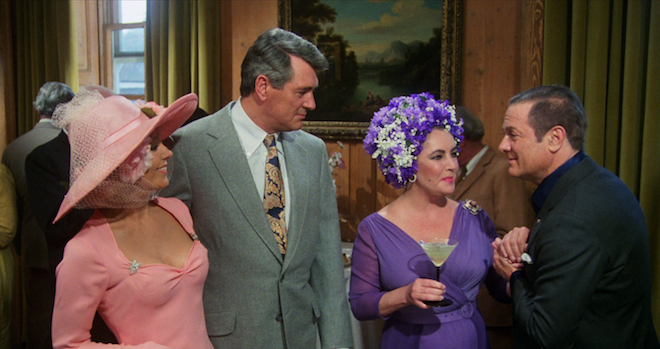 The Blu-ray
The Mirror Crack'd is packaged with reversible cover art based on the U.S. and U.K. posters.

The Video:
The AVC-encoded 1080p 1.90:1 presentation (listed as 1.85:1 on the package) is strong. Vivid colors and excellent clarity. A few scattered instances of dirt and debris, but the image is mostly clean and stable, with film-like texture.

The Audio:
Crisp and clear DTS-HD MA 2.0 mono audio. Good blend of dialogue, music, and effects. Optional English subtitles are available, although they anachronistically replace a lot of "Miss"s from the dialogue with "Ms." Ms. Marple? Really?

- This frequent crew of Kino commentators offer another nonstop gabfest that offers unabashed fandom and production research in equal measure.

Final Thoughts:
Certain purists are sure to blanch at the unrepentant silliness mixed into The Mirror Crack'd like a comic caramel swirl, but I had fun. Recommended. 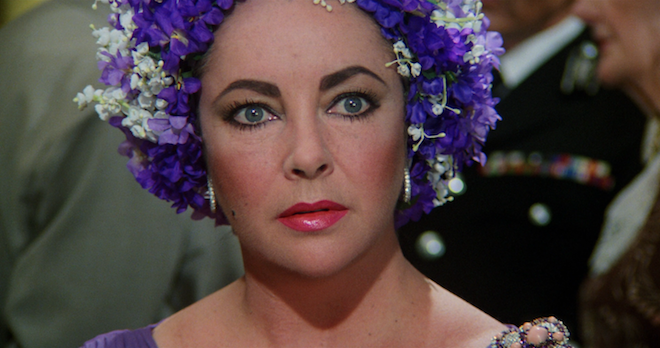