This film from 1977 starts out as a sort-of different story (the title is part of the theme song's lyrics) but quickly morphs into a more usual romantic comedy as it goes along. Perry King is Albert, a gay man from Belgium living as a non-citizen in Los Angeles with a famous conductor. That relationship soon ends and Albert finds himself with no place to live, so he spends the night in an empty house that's up for sale. He's awoken the next morning by realty agent Stella (Meg Foster), who lets him shack up in her dingy little house. She can't do a lot of the things stereotypical women of that era are expected to do, but Albert is a whiz at cooking and cleaning. Since he's gay he's not even threatening, and besides that it turns out Stella is a lesbian, revealed when the date she's been preparing for all day turns out to be a woman, supposedly shocking to audiences of that time. 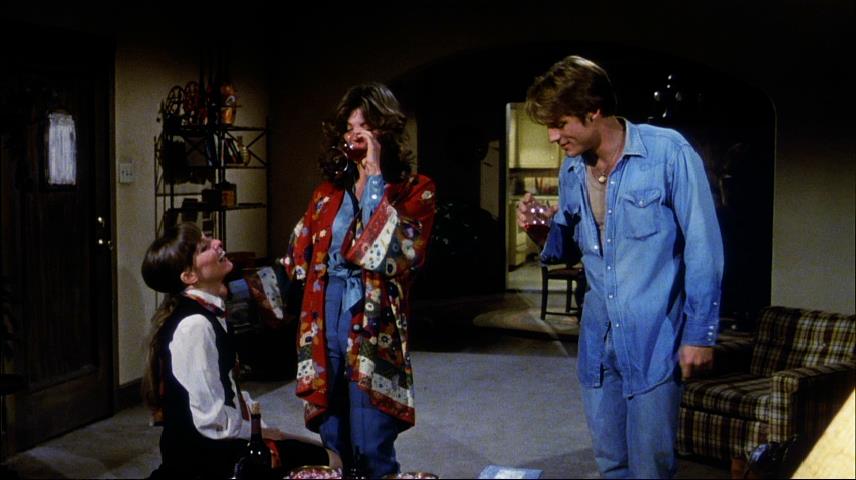 This part of the movie is rather amusing, as they live an Odd Couple-like existence. Stella's parents pay a visit in one scene and Albert lets her take credit for the dinner cooked for them, making them think she's finally on her way to being "normal". Albert is funny also as he fakes a conversation about baseball with her father, clearly not really knowing what he's talking about. Albert's former lover decides he wants him back, and when he doesn't accept immigration is soon called to get him thrown out of the country. Stella realizes how important he's become in her life, so they quickly get married in order to settle that issue. Then they find themselves truly in love with each other, despite their orientations.

This is where the movie kind of loses its footing. After finding they have a kid on the way, Albert gets himself a "real" job in fashion design and they move to a bigger nicer house- with some very 70s wallpaper that provides the most memorable visuals in this movie. Typical dramatic domestic problems soon develop, with Albert spending too much time at work while Stella stays home wanting more quality time. The writers seem to have forgotten about the whole "different" part of this story by then. 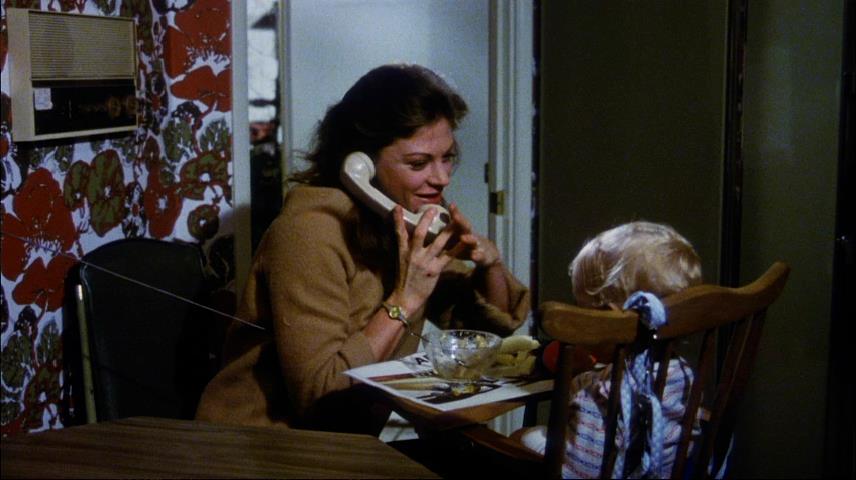 This Blu-Ray is presented in a full 1.78 ratio and appears framed properly. The transfer itself isn't fancy, but especially for movies like this I prefer a lack of excessive clean-up. At home it looks about how a good film print would- opening credits show a bit of optical smearing, and there's plenty of light grain throughout. A scratch on the left side of the screen comes and goes, it isn't clear whether that might have been on the negative or not but again I'm personally glad it was left alone rather than digitally erased.

The encoding on the disc itself leaves a bit to be desired. While it looks fine at first glance, blocky artifacts appear in dark scenes (and most of the indoor scenes are quite dark) and even some digital banding on colors in those dark shots, typical of what you would see on streaming. This disc should have been given a higher bitrate in order to prevent that. After all, picture quality is one of the main reasons some of us have stuck with discs over streaming.

The mono audio track (in 2-channel DTS Master Audio, which stays properly centered) is nothing special, audio simply wasn't a high priority on movies like this in the 70s. There isn't a lot of noise but the overall quality is a bit muddy as you'd expect from a worn optical film track. Hearing-impaired subtitles are included.

The back cover notes that "This is the uncut R-rated version, available for the first time since videotape." A bit of research shows that this was released on DVD a while ago by Trinity Home Entertainment and apparently an edited version was used. This happened occasionally on the 'budget' labels. 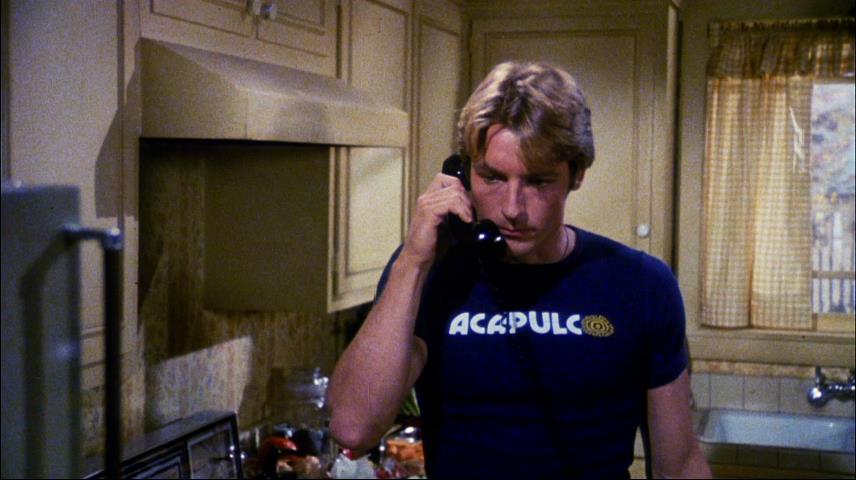 No extras related to the movie are included, but standard-def trailers for The Greek Tycoon, King of the Mountain, The Tamarind Seed, Who'll Stop the Rain, Grace of my Heart, and a very compressed copy of the trailer for Love Letters looking like it was taken from an amateur YouTube upload. As Scorpion Releasing usually does, each trailer is given its own 'title' but there is no menu to select any of them. 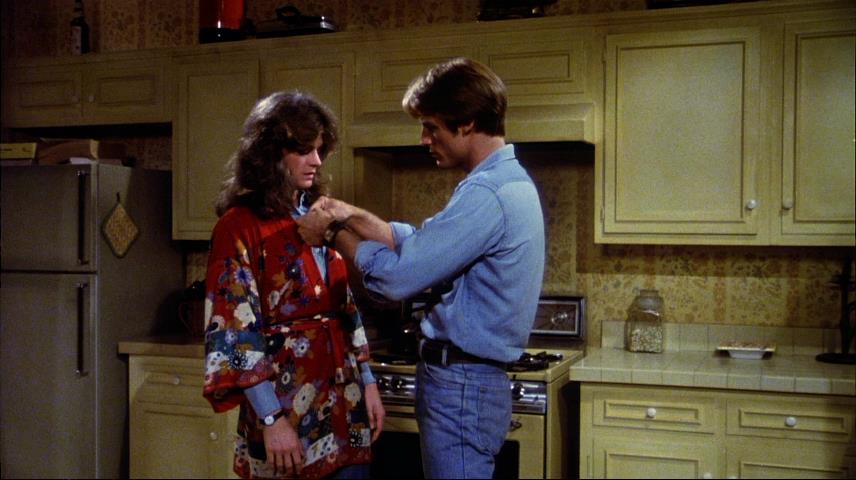 This is yet another title that gains a few points solely from its age- being just old enough to remember the 70s (I was in preschool when this was released and had zero chance of seeing it then) I always enjoy seeing them on film and marveling at the styles that passed for normal back then. I'd probably give this a lower score if it had been made in the past decade. While the transfer is decent for the most part, I really wish companies would be much more mindful about compression artifacts.