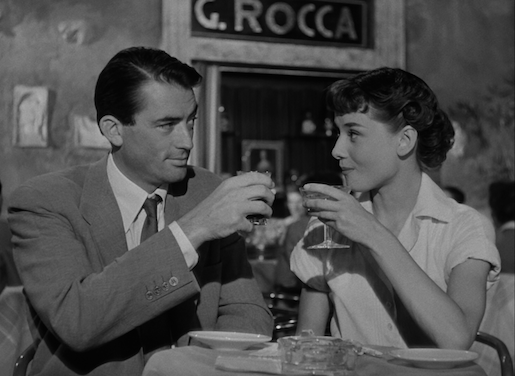 Forgive my irreverence, but the 1953 romantic comedy Roman Holiday has a lot to answer for. Sure, it gave the world one of cinema's most iconic stars, Audrey Hepburn, somehow fully formed in her Oscar-winning debut. Sure, it's a visual and storytelling delight that makes its two-hour runtime breeze by, propelled by nothing short of pure movie magic. However, Roman Holiday -- with its story of an overextended princess who decides to skip out on her royal duties, finding an appreciation for life and love in the process -- basically set the template for the entire Hallmark Movie Channel and their hundreds of cookie cutter royal romances. Some may disagree that this is an atrocity against humanity; they can't be helped.

If anything can mitigate Roman Holiday's role in this crime, it would be the film's surprising depth of emotion -- a key area where Hallmark movies decidedly skimp. Hallmark is easy sentiment; Roman Holiday just makes it look easy.

The Oscar-winning story, conceived by a blacklisted and initially uncredited Dalton Trumbo, is so cleanly and clearly conceived that one can't entirely fault dozens of later screenwriters for ripping it off. Princess Ann (Hepburn) is on a goodwill tour through Europe, which is wearing her out and driving her mad. So during the night of her stop in Rome, despite being slipped a sedative, Ann decides to escape and see some sights. She is discovered drowsing on a brick wall by American journalist Joe Bradley (Gregory Peck), who assumes she is a drunk. Despite his better judgment, he allows this probable bad news dame to come home with him to sleep it off. In the morning, he sees a photo of Princess Ann and realizes he is sitting on a story worth a fortune. He decides to prod the young princess into further playing hooky with him, while his buddy Irving (Eddie Albert, in a beatnik beard) secretly photographs the whole thing. Of course, Joe isn't prepared to fall in love with the intoxicatingly joyful princess, nor are either of them prepared to deal with the mafioso-looking secret service men that Ann's family has sent to find her.

Director William Wyler (Mrs. Miniver, The Best Years of Our Lives) isn't thought of as a flashy or style-conscious director, but arguably his masterful ability to know where to place the audience in a scene is a key component to Roman Holiday's magic. He always makes the perfect choice, whether it's getting a privileged peek at Hepburn's Princess Ann stretching her sore feet under the cover of her voluminous royal gown as she greets visiting dignitaries, or later when it's letting Gregory Peck's mounting frustration play out in a wide shot as he tries to figure out what to do with the sleeping Ann, who has inconveniently sprawled across his extremely modest bed.

It was Wyler's decision that the film had to be shot entirely in Italy, and the choice not only gives the film plenty of tourist-y travelogue flavor, it gives this lovely fairy tale an unexpected and enriching layer of reality.

Gregory Peck makes for a nice romantic lead here -- handsome, solid, and essentially good-hearted. His character's scheme to exploit Princess Ann in service of reviving his wayward career is pretty much the same plan that Kirk Douglas's fame-hungry reporter has in Ace in the Hole, but we don't feel wary of Peck. There's something decent about him, and we just know he's going to do the right thing eventually. Eddie Albert, too, is maybe the sweetest paparazzo to grace the silver screen.

But Roman Holiday would be nothing without Audrey Hepburn at its center. Simultaneously possessing unparalleled grace and elegance while seeming like a down-to-earth everygal, Hepburn is the only person who could play Princess Ann. In her early scenes in the palace, she could be mistaken for a well-trained child, forced into an arrested state by her keepers. But, when she is alone on the streets of Rome, with a chic new short 'do, she immediately grows into a vivacious and independent young woman. Her romantic scenes with Gregory Peck are invested with emotional honesty, both in how present Hepburn makes her character's feelings, but in how she clearly them tempers with Ann's inborn training to have better judgment.

The finale of the film is a masterstroke of economy and restraint. Both Princess Ann and Joe have returned to their respective roles: the public figure and the reporter. They meet again at a press conference that will likely be the last time they see each other again. The situation is so loaded that any false move could single-handedly derail this gloriously enjoyable movie, but everyone nails it. Hepburn, Peck, and Albert are expressing volumes worth of information with the subtlest looks and the simplest dialogue. Wyler lets the camera guide the action, but never overemphasizes. It's a tour de force. 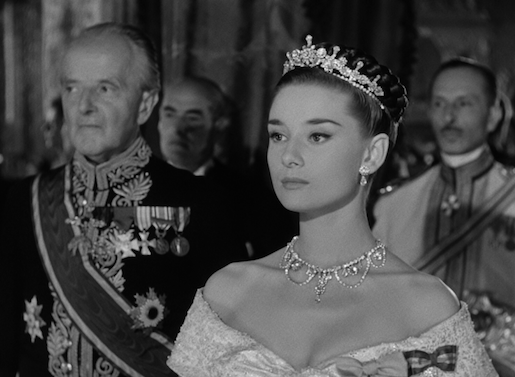 The Blu-ray
Roman Holiday is spine #9 in the Paramount Presents series. The standard keepcase has a cardboard slipcover that opens to reveal a vintage poster design. The cover art also features a picture collage on the reverse side (fully visible when you take out the disc). A Digital HD code is also included.

The Video:
Sourced from a 4K restoration, this AVC-encoded 1080p 1.37:1 presentation is pristine. Roman Holiday is a title that Paramount has always handled well on home video, so this is to be expected. Excellent depth and clarity. Inky blacks and well-delineated shadow detail. No noticeable damage (apart from intentional newsreel scratches) and a pleasing film texture.

Special Features:
All of the bonus features have the same 16 subtitle options as the feature film.

Final Thoughts:
At this late date, you've seen this all before. But Roman Holiday delivers its crowd-pleasing romantic goods with an overabundance of charm and surprising emotional potency. The technical upgrade on the new disc is well worth a purchase alone. The bonuses could have dug a little bit deeper into the film itself, but they provide solid supplemental entertainment. Highly Recommended. 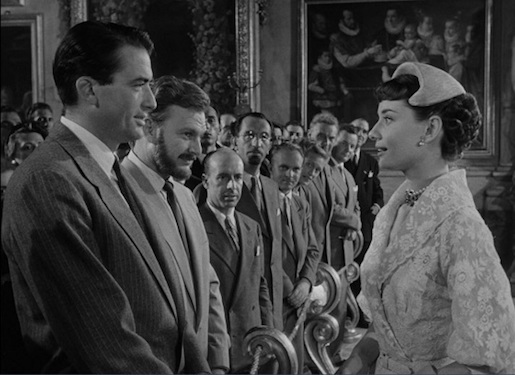