18th-century period pieces aren't exactly my favorite genre, but I was drawn to Fellini's Casanova after finding part of it on the "dead side" of an old DiscoVision laserdisc of an NFL highlights film. This included a very strange scene with several small pipe organs mounted on a wall all being played with random notes- one man is wheeled up on a high ladder to play one mounted near the ceiling. I had to see the entire movie after that, but despite being an early laserdisc release that edition is a bit hard to find and hasn't been widely issued on other formats since then- the only US release after that seems to have been a burned-on-demand DVD. It has been issued on Blu-Ray in Europe at least twice, and now Kino brings it to the US. 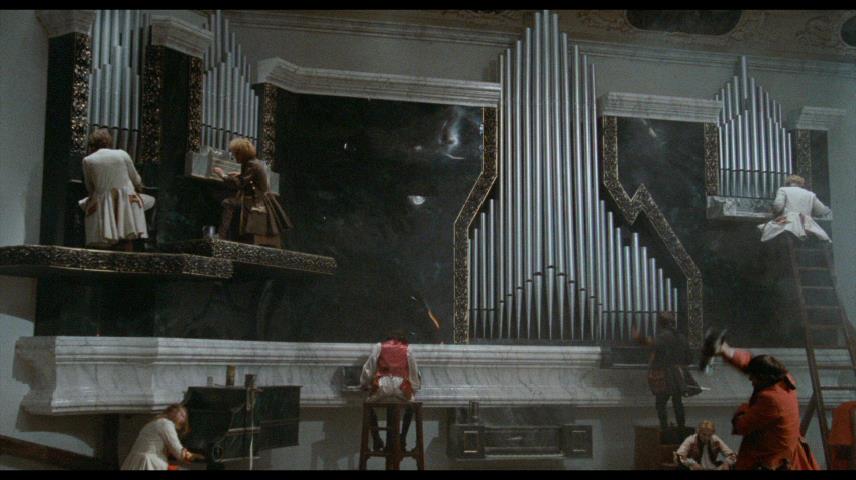 The producers of this movie wanted a well-known American star to portray the famous womanizer Giacomo Casanova, who had kept a journal which after about 200 years was published in its entirety in the early 1960s. Robert Redford was a top pick for the role, but director Federico Fellini balked at that preferring Marcello Mastroianni who certainly wasn't as big a box-office draw and turned out not to even be available. Canadian Donald Sutherland was eventually cast. The funny thing was while the name Casanova conjures up images of a passionate lover, Fellini was left with a very low opinion of him after reading his manuscripts and wanted to show him as very cold and emotionless. This ended up disappointing many viewers who didn't know what they were in for.

The narrative is presented in episodic form showcasing Casnova's adventures and sexual exploits across Europe. He first meets a nun for sex as her lover watches through a hole in the wall. He is then soon sent to a Venetian prison for heresy, but escapes by making a hole in the ceiling and then flees for Paris. He wants to be respected for his intellect, but is naturally seen mostly as a sex object. He seduces many women and in one memorable scene attends a party where he and another man hold a contest to see who can "perform" the most in an hour. Although there is a lot of sex in this movie, the scenes are non-explicit- the cast mostly keep their clothes on, and the act itself is shown as cold and mechanical with Sutherland looking like he's mostly just doing push-ups. Amusingly Casanova carries a mechanical bird with him which he winds up to keep time with during sex, while an odd electronic theme plays.

The entire production design is quite odd- many of the sets are obviously such, with painted buildings in the background and even walls appearing to be made of cardboard that shake when being walked past. Early on as Casanova sets out in a rowboat, the entire sea is made of black plastic looking like the studio was filled with black trash bags. While the 1970s are nowhere to be found in the narrative, these elements are clear reminders of when this movie was shot. While most of Donald Sutherland's film roles have been 20th-century everymen, his performance here fits in with the mostly dreamlike atmosphere and running a bit over two and a half hours the film still manages not to overstay its welcome. 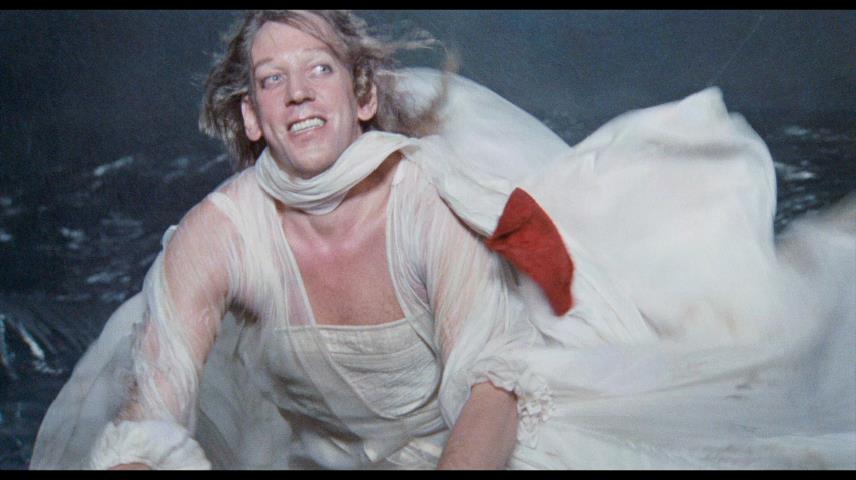 The cover boasts a "new 4K restoration" but the inherent look of this movie isn't overly spectacular. Colors are intentionally drab and overall picture quality is a bit soft. The disc loses points for noticeable compression artifacts in some dark scenes, and particularly distracting are those which appear during a scene filled with fog, causing movements in the background corresponding with those of the actors.

The mono audio mix (presented here in 2-channel DTS Master Audio, which stays properly centered) is adequate at best, on par with mono optical film tracks of the era with no background noise but a slightly muddy quality. This is noted as being Fellini's first English-language movie, but typical of other Italian productions the dialogue was still recorded later and at times appears to be out of sync. There is also an Italian language track for the sake of completeness (the print's opening credits are also in Italian), and TWO sets of hearing-impaired subtitles are included- one for the English track and another translating the dubbed Italian dialogue back into English which is a bit different in some instances. 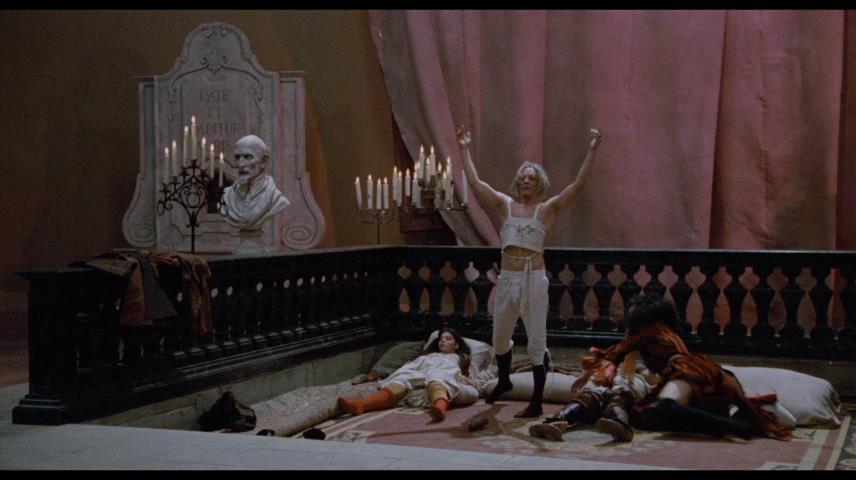 The main extra is a commentary track with film critic Nick Pinkerton. Typical of the tracks included on Kino discs, this gives information about the movie's production, cast and crew usually unrelated to what's happening onscreen. A theatrical trailer for the movie's American release is also included. 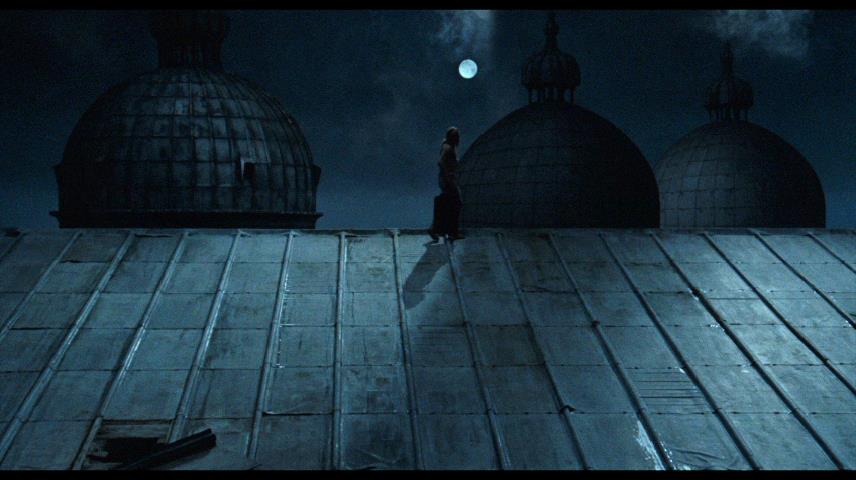 This is definitely one of those movies that isn't for everyone- its rather absurd atmosphere and long running time will likely be off-putting to casual viewers. It's a rewarding experience for more patient and open-minded viewers however, and has left me wanting to check out Fellini's other work from the 1970s.