The front cover makes this look like another run-of-the-mill teen romance, but the romance elements are secondary and feel a bit tacked on. The real focus is mental illness, paranoid schizophrenia to be exact. Adam (Charlie Plummer) not only hears voices all around him, but also sees people who aren't really there who serve as bodyguards and guardian angels. (One tough bodyguard is portrayed by Lobo Sebastian, carrying a baseball bat and ready to use it on anyone who gives Adam trouble, and a vulgar alter-ego played by Devon Bostick, who appeared as Roderick in director Thor Freudenthal's Diary of a Wimpy Kid, gives him pointers on dealing with the opposite sex.) Adam also has a hard time at home with his father having run off a few years ago, leaving him with his mother (Molly Parker) who is reasonably supportive but has recently brought a new boyfriend named Paul (Walter Goggins) into the picture.

Adam at first appears to be narrating the movie but it turns out that he is really telling a therapist (who never appears onscreen nor responds) what has been happening. He explains how he has found cooking to be his escape from everything and the one thing he is really good at, and hopes to go to a culinary academy after graduating high school. Like other films that bring food into the storyline, this will make the viewer hungry. His hallucinations keep making him freak out at school though and he is soon expelled, with a Catholic school the only other place that will take him despite his being non-religious. The movie's title comes from the graffiti in the school's restroom, which seems to be the only place for students to express themselves. 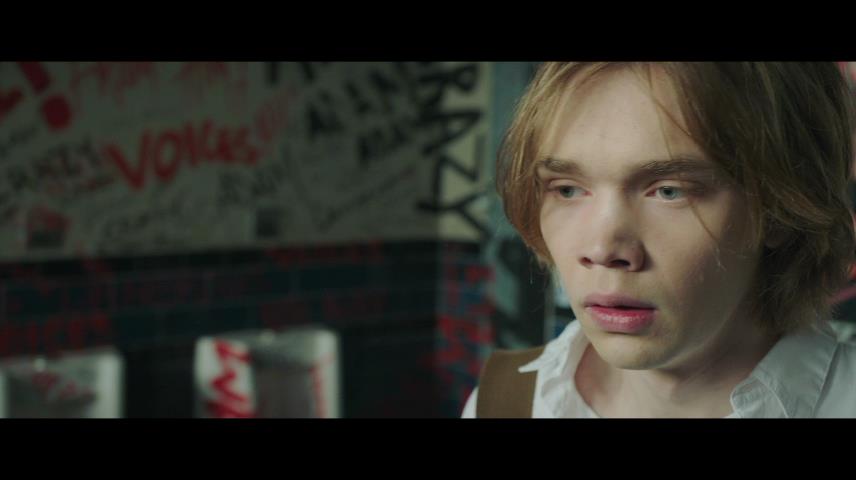 This is where things begin to turn around for him. He gets put on a new experimental drug which gets him to think straight, at least for a while. At the new school he meets Maya (Taylor Russell) who is considered the campus "smart girl"- she agrees to tutor him and they also become friends, with Adam sharing his love of food and cooking. A bearded Andy Garcia plays a priest who Adam connects with, despite not believing in God. Inevitably a few problems arise however, the most unnecessary of which is Adam's insistence on not letting Maya or anyone else know about his condition. It seems like things would have been a bit easier for him if he had just been honest enough to disclose this and better explain the times when he was acting strange. To be fair, Maya also has a few secrets of her own and the issue of her trying to hide them aren't addressed as strongly.

Charlie Plummer is certainly a young actor to watch- he hits all the right notes with this character showing his high and low points. I don't know if any of the writers or filmmakers had personal experience with schizophrenia but it seems like they've made an effort to show others what the condition might be like, with the visible and invisible voices talking to Adam. 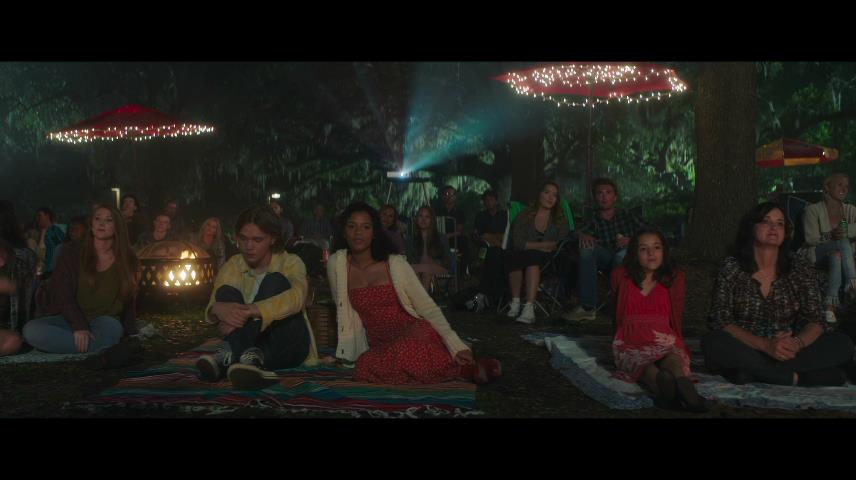 Words on Bathroom Walls is presented in a 2.35 ratio, which gives the characters a good amount of screen space despite being a rather crippled format to shoot digitally. Colors are restrained for the most part, subtly shifting levels depending on the good or bad moments Adam finds himself in. Lionsgate's single-layer Blu-Ray loses a few points for some noticeable banding and compression artifacts, particularly during scenes in the church confessional booth.

The 5.1 sound mix in DTS Master Audio serves the material well, with ambient sounds often in the surround channels and the voices in Adam's head really bringing them to life. Viewing this on a 2-channel setup would really diminish their effectiveness. Hearing-impaired and Spanish subtitles are included. 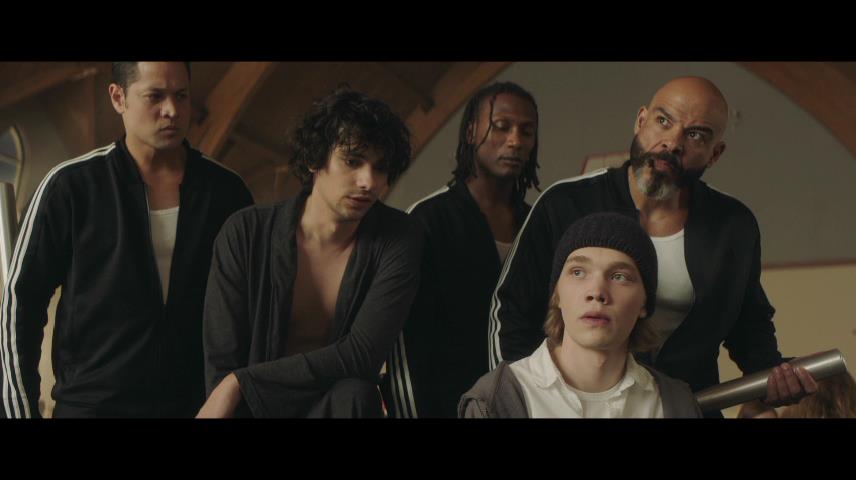 Extras are quite disappointing- the "Photo Gallery" includes a grand total of eight pictures, one of which is the poster and only one of which is a clear production photo. The movie's trailer is the only other extra, claiming "This summer, only in theaters" which as we all know didn't turn out so well. The disc opens with "Look for it on Blu-Ray, DVD and Digital" trailers for Forever My Girl and The Peanut Butter Falcon. 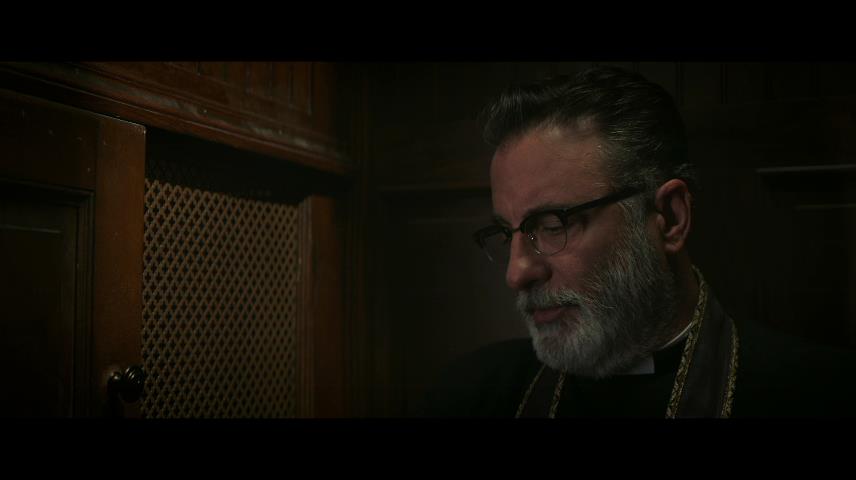 Words on Bathroom Walls is a better than average teen film, with strong performances and a few situations we've seen before but turning out a bit differently here.