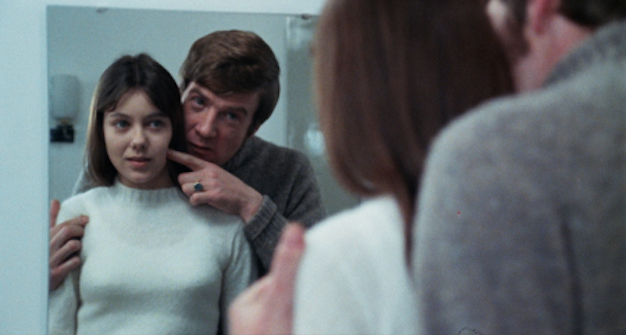 The second release from the new boutique label Fun City Editions shifts from the downtown New York streets of Alphabet City to a greener and superficially safer working class English neighborhood with I Start Counting (1970). I say, "superficially" because, in the film, the neighborhood has become the hunting ground for a serial killer targeting young women. Our heroine, 14-year-old Wynne Kinch (Jenny Agutter, Walkabout), reluctantly suspects the killer might be her much older brother George (Bryan Marshall). She doesn't want to admit it, because she's in love with George. It's okay that she's in love, she theorizes, because she's adopted, so they're not really brother and sister. Never mind that George is a grown man of 32.

British TV writer Richard Harris (The Avengers) and director David Greene (Rich Man, Poor Man, Roots) adapt Audrey Erskin Lindop's novel with a keen eye toward the awkwardness of teenage growing pains. The unexpected pleasure of this film is the way it tensely blends the overwhelming fear and trauma of being a young person on the verge of sexual maturity with the fear and trauma of learning you might be living with a murderous madman.

Wynne's world -- both internally and externally -- is richly realized. Living with her adoptive family in an ugly "modern" tower block, Wynne keeps visiting the crumbling and abandoned old house in which she was raised, because her memories come to life there. Many of them are pleasant, but we also see Wynne relive her childhood discovery of a corpse in the basement: George's fiancee fell down the stairs and smashed her head on the floor. At least, we think she fell.

Amidst stories of women being killed near their old house, Wynne starts collecting odd clues about George. He has nasty looking scratches on his back. She sees him throw away a sweater that she knitted for him; when she retrieves it from the bin, she discovers it has a giant blood stain on it. Later, she asks him if he has seen her sweater, and he plays dumb. George claims to be building shelves as a favor to an old lady in his off hours, but Wynne sees him pick up a far younger female stranger in his work van (another soon-to-be victim?).

Meanwhile, Wynne and her friend Corinne (Clare Sutcliffe) are obsessed with sex. They tease each other and both pretend to be more experienced than they are. Corinne brashly asks a Catholic priest about her friend's desires and whether they would be considered incest, in front of their entire school. (The priest smiles and ignores the question.) Corinne even flirts with George just to get Wynne's goat.

While the marriage of forthright coming-of-age storytelling with pulpier genre trappings might seem unsavory or ill-conceived in the abstract, I Start Counting actually plays as more dimensional and resonant because of the unexpected hybrid. I'm reminded of the atypical Hammer film Never Takes Sweets from a Stranger, which built its suspense on a realistic and harrowing story of child abuse in a similarly surprising and effective way.

It certainly helps that Jenny Agutter turns in a compelling and layered performance that would be impressive from an old pro, let alone from a young person who was essentially starting her career. She comes across as essentially innocent and naive -- a good Catholic girl -- but Agutter allows us to believe that Wynne just might cast aside her morality if the suspected murderer she loves would just love her back.

It has taken fifty years for I Start Counting to reach U.S. home video, and it's an astonishing film well worth discovering. 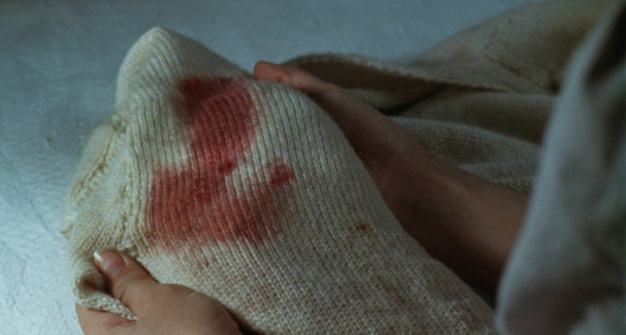 The Video:
Extremely strong detail in this AVC-encoded 1080p 1.85:1 presentation, thanks to a generous bitrate. Sourced from a 2K scan of a 35mm interpositive, the image has a satisfying film look. However, it hasn't been tweaked to minimize dirt, so there is quite a bit -- plus some minor instances of damage. No splices or jumps.

The Audio:
The audio is presented as either DTS-HD MA 2.0 mono or lossy Dolby 2.0 mono (192kbps). The lossy option is a little quieter than the lossless. As with the Alphabet City disc, the lossless option seems like the obvious pick. Well-supported, with clean and clear dialogue, some effective ambience, and an effective score by Basil Kirchin. Some of the needle drops are a bit insipid, but one wonders if that isn't the point. An optional English SDH track is provided.

Final Thoughts:
I Start Counting is a strange and special film. It's a rich and well-observed coming-of-age story that complicates the grotesque horror of the adult world by adding the threat of a lurking serial killer. This Blu-ray release marks the film's debut on U.S. home video, and it's certainly better late than never.Highly recommended. 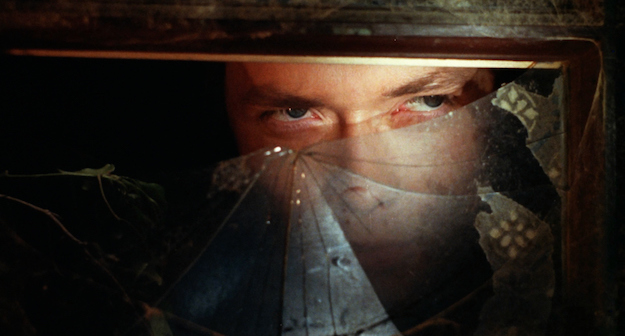