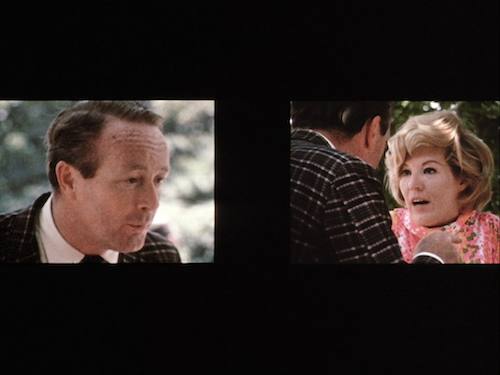 "It's a feature length we-don't-know."

The 1968 film Symbiopsychotaxiplasm: Take One is a bizarre and unique experiment in cinéma vérité. Director William Greaves assembled a small crew to film various versions of the same scene in Central Park for roughly a week and a half. He also assembled other crew members to film the people filming this scene. And then he threw in yet another camera crew to just capture the whole shebang, including both crews and whatever was happening around them in the park.

The reasons why this is happening are never laid out explicitly -- to the audience or to the people taking part in the filming. About a third of the way into this 75-minute film, a new thread is started in which the crew holds a meeting and films it -- purportedly without the knowledge of Greaves -- to vent and to sort through their impressions of what the heck they think they are doing.

During filming, we find out that the working title of Take One was Over the Cliff, and it seems like failure is built into the experiment. Based on some of Greaves's onscreen comments to his confused collaborators, he has an interest in what happens when a group of creative people end up turning down a blind alley and have to figure their way out. So it's hard to fault the film for feeling a bit shapeless -- especially when the crew onscreen lodges a similar complaint right around the time one might be getting antsy. Feeling antsy -- and getting self-conscious about feeling antsy -- seem integral to the flick.

At the center of the filming is a cartoonishly melodramatic scene between a husband and wife, in which the wife laments having to undergo countless abortions and accuses her husband of secretly being homosexual (although she uses much more inflammatory language). We see glimpses of different acting couples of different ages, ethnicities, and races going through the histrionic motions with this scene (including future Blume in Love star Susan Anspach), butTake One focuses mostly on a middle-aged pair, Patricia Ree Gilbert and Don Fellows. Both actors are pretty broad and mannered, and we can see Greaves trying to find ways to make this artificial scene somehow more real. He asks the two of them to forget the text and just follow the emotional beats of the scene, and suddenly the whole thing starts to come alive. We are witnessing the act of creation... and then the camera runs out of film.

Take One effectively comments on the way that pointing a camera at something changes it -- and how the filmed image has gradually taken the place of reality and rendered it moot. After all, if you didn't film something, did it really happen? However, Greaves is smart enough not to spell out any of these themes, letting the unruly relationship between cast and crew (and crew, and crew) speak for itself. 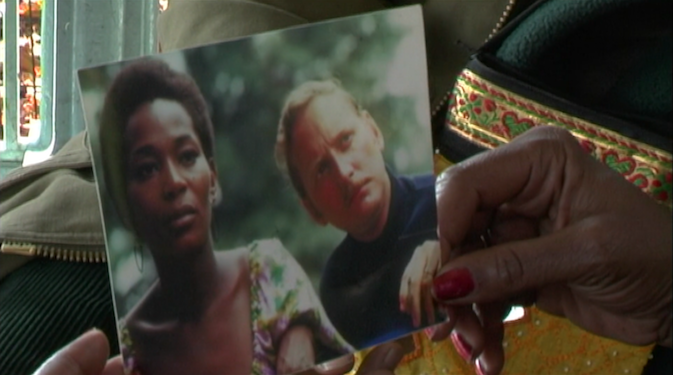 For years, Take One was left without proper distribution. Eventually, it would be screened in retrospectives of William Greaves's work and at film festivals, which is where Steve Buscemi discovered it and became a champion of the film. He and Steven Soderbergh -- who was using his post-Oscar-win mojo to bring financing and attention to neglected indie projects (see also: Naqoyqatsi) -- helped get Take One arthouse distribution and helped get financing for what turned into Symbiopsychotaxiplasm: Take 2 1/2 (2005).

Take One ends with a teaser for a sequel featuring a different couple -- an interracial couple played by Audrey Heningham and Shannon Baker. Take 2 1/2 delivers on that promise by dutifully beginning with around forty minutes of footage from the shoot with Heningham and Baker. There is also more footage from the crew "revolt," although nothing quite as striking as what made the first film. In an interesting shift in viewpoint, we see William Greaves much more active and verbal in his role as the director here. It suggests that Greaves intentionally reduced his role in the editing of Take One to make himself more of an ambiguous, potentially inept-seeming figure.

Then Take 2 1/2 jumps forward roughly thirty-five years. At a Q&A for Take One, it is revealed that a sequel is in the works, and that Steve Buscemi will be on hand to help with the project. It turns out the Greaves has scripted a new scene for Heningham and Baker, reflecting where their characters might be now. Instead of 16mm, the new footage is shot on prosumer miniDV cameras -- which oddly gives the film as specific of a timestamp as Take One had with its late-'60s aesthetic.

And rather than try to recapture the conflict of the first film, Take 2 1/2 seems much more focused on the process of getting these actors to reach a truthful level in their performances. It's not nearly as electrifying and confrontational as the first film, but it arguably offers some simpler, low-key rewards. When Marcia Karp, a psychodramatist who worked on the scene with this couple in 1968, reappears in 2003, it's almost like Han Solo returning to the Millennium Falcon. Okay, maybe it's not so dramatic. But you get what I mean. 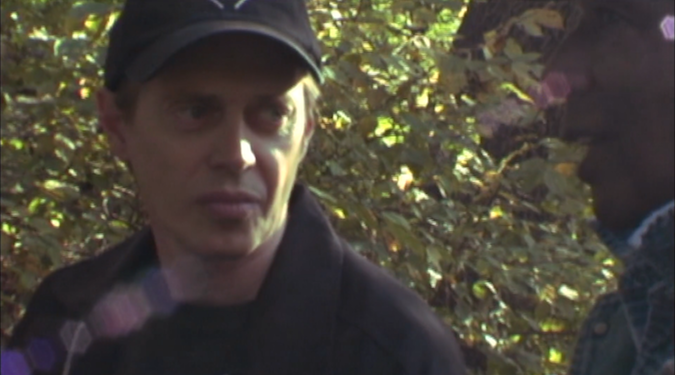 The Blu-ray
The Blu-ray of Symbiopsychotaxiplasm: Two Takes essentially replicates Criterion's 2006 DVD release, with the same bonus features and a booklet featuring an essay by Amy Taubin and director William Greaves's production notes for the first film.

The Video:
The masters used for these films are presumably the same ones sourced for the 2005 theatrical re-release and the Criterion DVD. The AVC-encoded 1080p 1.33:1 presentation for Take One offers more detail certainly, and a nice grainy guerrilla film look. But there's a fair amount of dirt and scratches throughout the film. Whether these flaws were baked into the 35mm print during blow up from 16mm, or whether they are just the product of age, it's unclear. And while Criterion's Les Blank box proves that guerrilla documentaries can look outstanding if you take the time to clean them up, these analog artifacts do little to disrupt the viewing experience. The AVC-encoded 1080i 1.78:1 presentation for Take 2 1/2 looks like it was finished on SD video and then bumped up to HD. This includes the 1968 footage, which appears to have been transferred to, and then cut on, video. The miniDV footage has all the hallmarks of '00s-era digital filmmaking, with all the idiosyncratic ugliness and beauty that suggests.

The Audio:
Both films are presented in LPCM mono audio mixes. The sometimes poorly recorded sound is acknowledged and becomes a subject of tension within the film, so it's not surprising that neither of these are pristinely recorded production. There are some satisfying jazz cues used in both films, with Take One being scored mostly by Miles Davis tracks and Take 2 1/2 accompanied by Ron Carter-led recordings. An English SDH option is provided.

(HD upscale, 1:01:18) - A biographical look back at Greaves's career, from a start in the American Negro Theater and the Actor's Studio to his eventual work as a documentarian. This looks like an in-house Criterion production, and it's well-done. It includes interviews with Greaves, his wife Louise Archambault, actor Ruby Dee, and others.

Final Thoughts:
Symbiopsychotaxiplasm: Take One is a fascinating avant-garde look at collaboration, and the struggles that go into creating art as a team. The belated sequel, Take 2 1/2, is less immediate and a little less interesting to this viewer (although I've read plenty of reviews that disagree with me). It still deserves to be appreciated as a worthy coda to the original film. Criterion's accompanying portrait of director William Greaves is just as illuminating as the film he has made. The whole package comes Highly Recommended. 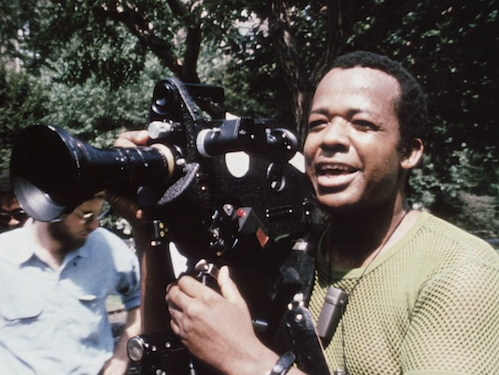