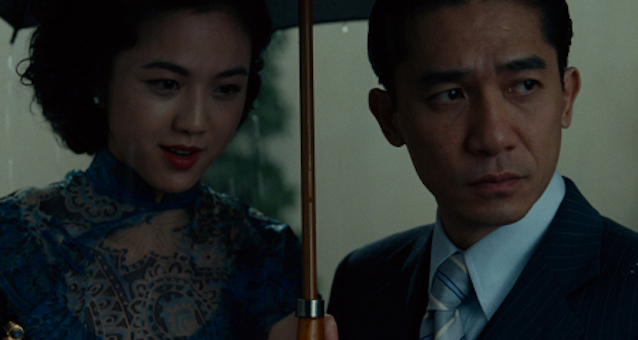 Revisiting Ang Lee's 2007 espionage film Lust, Caution on Kino Lorber's new Blu-ray, it becomes all the more infuriating that the film has drifted to the wayside due to its NC-17 rating. The stigma of that rating torpedoed the film at the U.S. box office, where it took in only $4.6 million. The film bounced back a little on DVD, but it is probably still better known by reputation for its sex scenes than for anything substantive about the movie. Arguably, it is Lee's last great film to date (Life of Pi is very good, sure), and it deserves to be remembered on that basis.

While the offending scenes play a pivotal role in the drama of Lust, Caution (and seem to be teased in the title), they honestly take up very little of the film's over two-and-a-half-hour runtime. Mostly, the film is a sumptuous but intimate melodrama of the kind Lee excels at crafting. Tony Leung Chiu-Wai turns the understated leading man image he cultivated in Wong Kar-Wai films like In the Mood for Love on its head, playing a cruel Chinese bureaucrat collaborating with the Japanese during the Second Sino-Japanese War. Leung's character, Mr. Yee, is the target of a group of patriotic Hong Kong theater students whose charismatic leader Kuang Yumin (Wang Leehom) has decided they should perform real political actions rather than just producing them onstage.

Young actress Wong Chia Chi (Tang Wei in her film debut) is tapped to pose as the high-toned wife of another collaborator who will seduce Yee so that the others can assassinate him. Chia Chi is a gifted performer, able to rub elbows with Mrs. Yee (Joan Chen) and her Mahjong partners like she belongs there. She also proves effective in catching Mr. Yee's eye, almost managing to snare him in the theater troupe's trap. Unfortunately, he is called away from Shanghai, leaving the would-be guerrillas with no trophy.

However, four years later in Hong Kong, the actors have been incorporated into the actual underground. This is no longer college kids play-acting. They track down Wong Chia Chi, train her in spycraft, and set her off on her mission to bring down Mr. Yee again.

The two lead performances are absolutely stunning. Leung uses his typical affect of deadpan cool to great effect, especially when contrasted with the moments where his character lets his guard down with Chia Chi, revealing shocking anger and eventually vulnerability. Tang is perfect as the young ingénue, with her character's precocious acting abilities sometimes poignantly undercut with youthful ignorance and inexperience. There is no world in which these characters could live happily ever after, but the promise is as seductive to them as it is to we viewers. 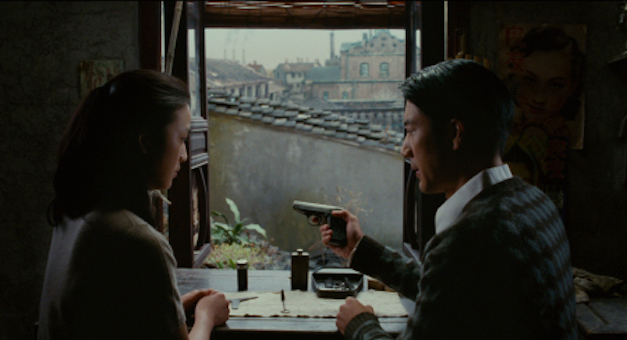 The Audio:
Kino's disc offers either Mandarin DTS-HD MA 5.1 surround or Mandarin DTS-HD MA 2.0 stereo mixes (with optional English subtitles). Both are well mixed and supportive, with the stereo naturally having a more focused, dialogue-forward sound and the surround coming off as more diffuse. There are a few typos in the subtitles, which creates some minor moments of confusion, but nothing drastic.

- With a lot of air to fill, Von Mueller doesn't waste a second, filling the commentary with analysis of the story and images, as well as historical background of the time and the production of the film. 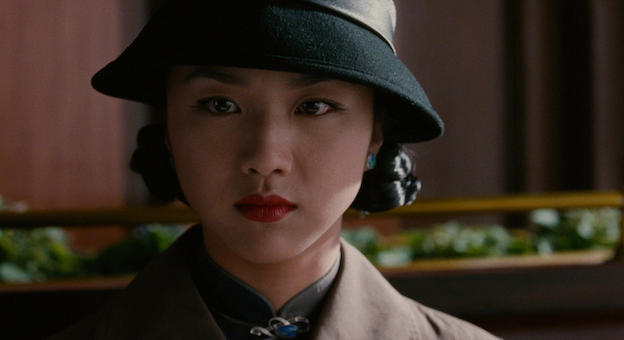