Sports bore the hell out of me, but I still have a weakness for cheerleaders. Their skimpy outfits with short skirts get me every time. Of course I could never land one given that my general personality is just about the opposite of theirs, but that can't stop me from looking. Bring it On and its direct-to-video sequels are long-time favorites, and I highly recommend the long out of print "Cheerleaders Collection" from Anchor Bay if you can get your hands on it, which features three great 70s cheerleader-themed sexploitation movies. "Cheer! Rally! Kill!" isn't in the same league; this is a collection of five Lifetime movies all with the word "Cheerleader" in the title that keep things TV-safe but are still mildly amusing- all but one of them seems to have the message that cheerleaders are simply bad people and you should neither become one nor associate with any of them. 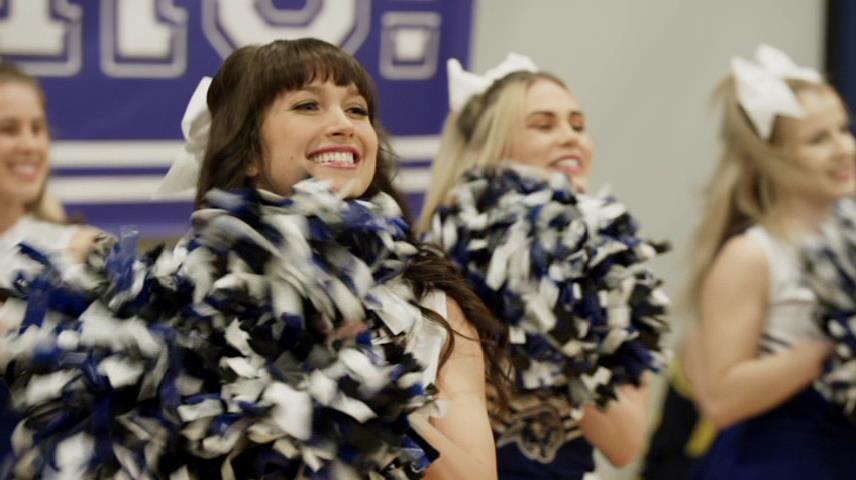 First up here is "Identity Theft of a Cheerleader", which has the most ridiculous premise of these- Maiara Walsh is Vicky, a 31 year old high school dropout who works at the "Big Box Outlet Store" (yes, that's the actual name) and continues to be haunted by the time in high school when she didn't make the cheerleading squad. Her overbearing mother (Gail O'Grady) keeps reminding her of this and preaches that "second is only the first loser"- Vicky also lives with a complete loser of a boyfriend (Matty Finochio) who can't get a job and sweetly talks Vicky out of her money just to feed his gambling addiction where he never wins.

Vicky's life gets even more pathetic when she loses her job- but this gives her the bright idea to create a younger fake identity for herself and go back to high school- not just to graduate, but to become the cheerleader she never was the first time around. There's no issues with her passing for being younger, possibly because of the tendency of these types of movies to already cast actors too old to be real high school students. She makes the cheerleading squad this time and becomes good friends with some of the girls, but she sabotages everything to get herself to the top- making the cheer captain break her leg from greasing the bleachers for example. When it becomes harder to keep her secret as some threaten to blow her cover, she has no choice but to bump them off and becomes increasingly psychotic, going into rages alone after maintaining a pleasant bubbly demeanor around others. 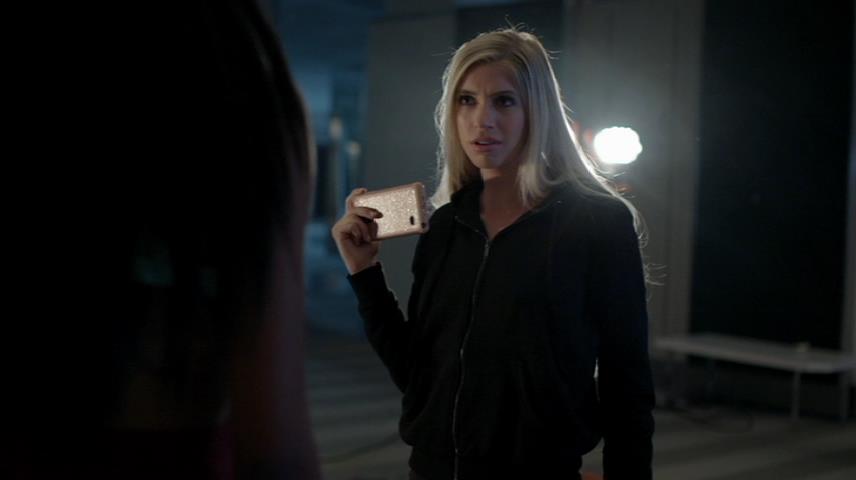 Next up is "The Secret Lives of Cheerleaders" where Denise Richards gets top billing but she ends up playing the MOM of the main cheerleader character- this really makes me feel old. This movie introduces a theme copied by the others in this set- a girl with a single mother moving to a new town and adjusting to life at the local high school. Ava (Savannah May) is into dancing and is disappointed that this school doesn't have any such program, but tries out for cheerleading and makes it in big. She's a nice innocent girl but finds that the cheerleading world isn't- especially the head cheerleader Katrina (Alexandria DeBerry) who subjects new members to humiliating hazing rituals. She locks the girls in a cage one night and soon after forces them to strip on a live webcam (I swear there were far fewer problems at schools before this technology came along.) Ava is soon faced with the decision to just go along with all of this or bring it out into the open. 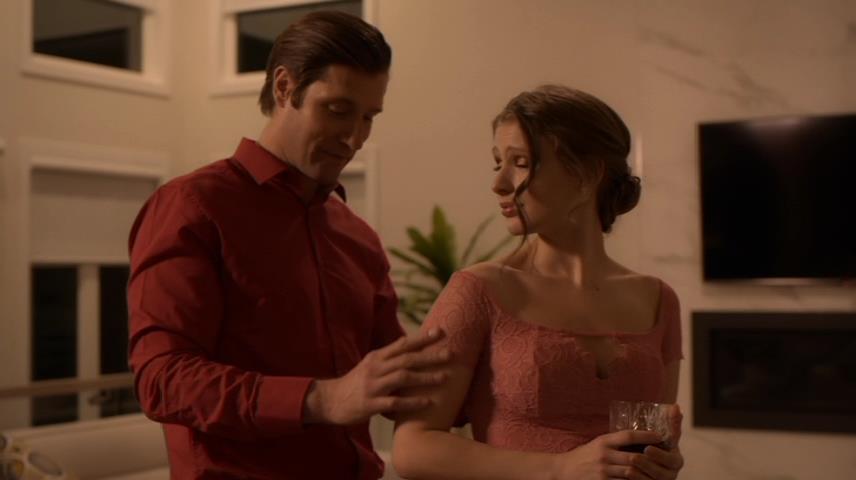 "The Cheerleader Escort" is just what the title implies- at a college, the cheerleaders there are forced by their coach into serving as escorts for rich elite older alumni. Cassie (Alexandra Beaton) enters as a freshman with her long-time best friend and again finds that there's no outlets for her dancing talent (back home she helped her mom run a dance studio) so she gets into cheerleading instead. This starts off well but soon her deadbeat dad disappears and stops paying her tuition like he promised, which could lead to her having to leave. When her fellow cheerleaders learn of her problem, they introduce her to alumni Terry (Damon Runyan) who first takes her out to dinner then lures her into bed- afterwards a few thousand dollars of her debt are anonymously paid off. Cassie first naively believes this is true love but soon learns she's being duped. 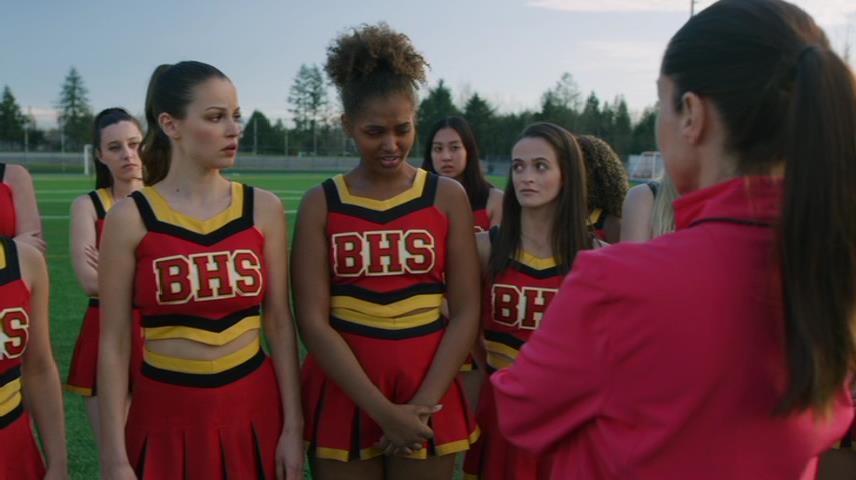 "Undercover Cheerleader" is probably the most satisfying one here, as it tries to expose a school's corrupt cheerleading program from the get-go. The new girl at school here is Autumn (Kayla Wallace) who first falls in with the school newspaper staff who is regarded as "losers". She genuinely likes them, but the cheerleaders there see potential in her and try to lure them over to their side- this is where Autumn's real friends hatch a plan to have her join the cheerleading squad but write a series of anonymous articles for the paper telling what really goes on. She finds out the real villain is Dot, the cheerleading coach who is never satisfied with anyone's performance and shames many of them. The first article that appears details her required diet which includes laxatives. While this shocks most of the students and faculty, the biggest result of this is an effort to find out who has been writing these articles and kill them off. Unfortunately this is the point where the movie's promise nosedives into a cheap slasher movie. 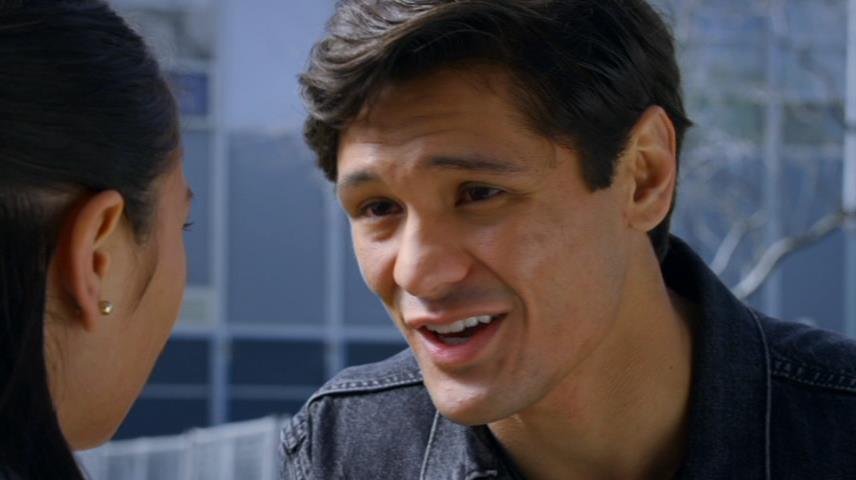 Finally there's "The Wrong Cheerleader", and cheerleading is only a side plot here as the main focus is a stereotypical psycho boyfriend. Becky (Cristine Prosperi) rises to fame on her cheerleading squad and causes Rob (David Meza) to fall hopelessly in love with her. She thinks she feels the same, but it's soon clear that Rob has a few screws loose. Becky gets weirded-out at how he and his dad interact, he soon gets jealous when she even talks to other guys and then she hears stories of how he was abusive to past girlfriends. This one doesn't really cover any new territory, and the acting still makes this more of a comedy than anything else. 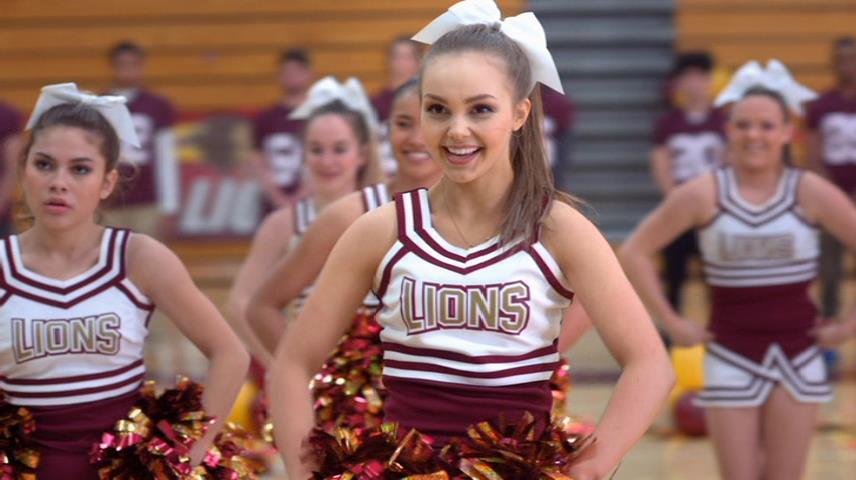 I continue to shake my head at new material being released on standard DVD, as its limited resolution can't match most of today's online streaming. Still the overall quality of this release wasn't as bad as I expected- picture is a little bit soft but there is still a reasonable amount of detail and colors are generally strong. This two-disc set presents the first two movies on one dual-layer disc and the other three on another; these suffer a bit more with compression artifacts and banding but still don't look as bad as many "budget" DVDs I've suffered through. A Blu-Ray release would naturally look a lot better, barring that these titles are available relatively cheap digitally through a few outlets and likely look better than these DVDs.

All of these movies just get 2-channel mixes in Dolby Digital, the overall quality is decent however with voices centered with good separation for music and sound effects. Hearing-impaired subtitles are included. 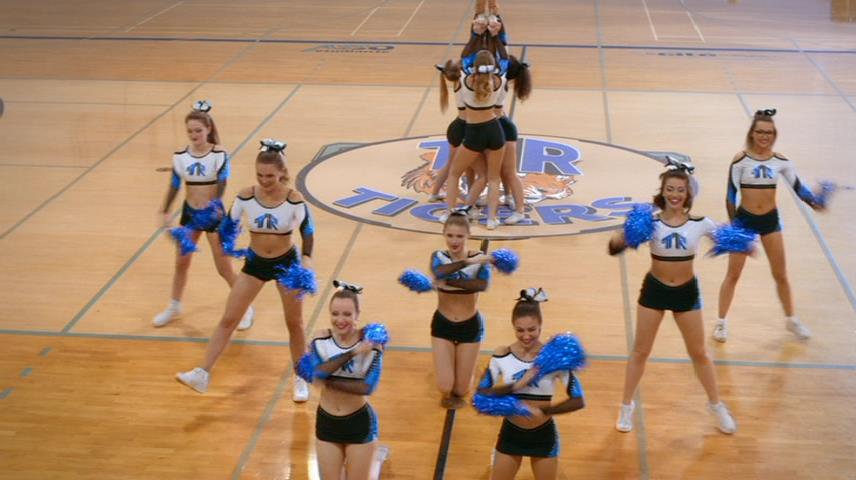 Once again my rating of this set comes with a few caveats- Lifetime movies already have a reputation among fans of so-bad-it's-good entertainment, and for those these won't disappoint. Keeping to general TV content standards ensure that these don't get too exploitative and it seems some effort is made for all of these stories to end with a good moral, but they all still had me laughing by the end likely unintentionally. It's unfortunate that they're relegated only to standard DVD; while I advocate physical media for several reasons I have to concede that watching these via digital may be a better option. If this set ever hits the Walmart $5 bins or dollar stores though, I couldn't advise anyone against grabbing it.