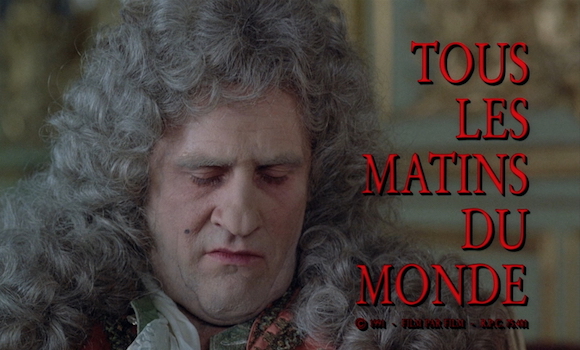 When you've seen a lot of movies, it's hard not to think of everything new you see in terms of other movies. It's a tic, or habit, but it can also be a helpful shorthand. It's extremely reductive -- and not totally accurate -- to say that the 1991 historical drama Tous les matins du monde (All the Mornings of the World*) is Whiplash meets Amadeus, but it gives you a mental image, right?

Director Alain Corneau, better known for neo-noir films like the wonderfully chilling Série Noire, collaborates with novelist Pascal Quignard on a melancholy flick about two famous 17th Century viola da gamba players, and the result is an insinuating slow-burn about the transcendent nature of music. In real life, Marin Marais was a well-respected Baroque composer, but the film positions him as a pseudo-Salieri, a sell-out who struggled for the sensitivity and genius of his strict mentor, Jean de Sainte-Colombe.

The film begins with Gerard Depardieu as an elderly Marais, reflecting on the sham of his professional life and describing the awkward solitude that fostered his mentor's creativity. Jean-Pierre Marielle plays the grey-haired Sainte-Colombe, who closes himself off from the world when his wife dies. He chooses to shut himself away in a shack where he plays the viola da gamba all day, with only the occasional hallucination of his wife as an audience. He doesn't know how to interact with his two young daughters until they are both capable of playing the viola da gamba as well.

The first impression of Sainte-Colombe we are given is that he is severe and cruel. This impression doesn't necessarily soften, but we begin to gradually understand the purity of expression and intention that Sainte-Colombe requires from the music that he hears. When the king sends messengers to Sainte-Colombe inviting him to audition for the royal orchestra, the old purist boots the royal entourage off his property for making such a base suggestion. 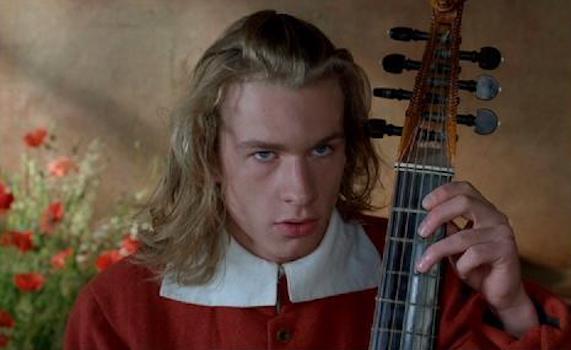 Guillaume Depardieu, Gerard's son, plays the young version of Marais who comes to Sainte-Colombe to be taught. Marais is already a fine technician and a clever stylist at this point, but Sainte-Colombe sees no soul in the noises he makes. Sainte-Colombe's now-teenage daughters Madeleine (Anne Brochet) and Toinette (Carole Richert) see some potential in Marais (and also that he's cute), and their enthusiasm no doubt helps convince Sainte-Colombe to take Marais on as a student.

In a classic bit of movie mentorship, Sainte-Colombe tries to get Marais to hear the "music" in the world around them. He points out the "staccato" qualities of the wind and has Marais pause to listen to a young boy peeing on a log. When Marais responds to the "musical" urination by saying the sound was a "chromatic descent," Sainte-Colombe is disgusted by such a technical reaction.

Despite the rejection of his mentor, Marais starts his ascent to the status of royal musician, largely through the help of Madeleine. Marais uses Madeleine's instrumental know-how -- and her body -- until they are no longer useful to him. Depardieu père takes over the role of Marais once the character confronts the hollowness of his success and the damage he did to Madeleine in pursuing his ambition.

Corneau seems to understand the strength of his film lies in the emotional power that each of his actors brings to the screen. The film opens on an uncut 6-minute close-up of Gerard Depardieu, conveying the gaping hole in old Marais's soul as he listens to the royal musicians rehearsing off-camera. Sainte-Colombe's grief is similarly communicated through wordless close-ups on Marielle's face as he plays his instrument. (One quibble: as a musician, I got distracted by the fact that only two actors in the film could move their fingers on the viola da gamba in a halfway-convincing fashion -- and Marielle is not one of them.) Anne Brochet basically steals the film with a perfectly modulated performance that starts in youthful wonder and ends in sickly self-torment.

The music, arranged and mostly performed by Jordi Savall, is suitably sensitive and stirring. It's not necessary to know anything about Baroque music to appreciate this film, but you might find yourself looking up Sainte-Colombe and Marais afterward to hear more of their work.

*The title comes from a phrase spoken aloud in the film, "Tous les matins du monde sont sans retour." This can be roughly translated as "All the mornings of the world have no return." They leave, but never come back. The film's translators never bother to inform viewers that the title line is being spoken by going with this version: "Each day dawns but once." It's a mildly puzzling choice. Similarly, sharp-eared listeners will hear Sainte-Colombe referred to specifically as a "Jansenist," though the subtitles go with the vaguer, blander "religious reformer." 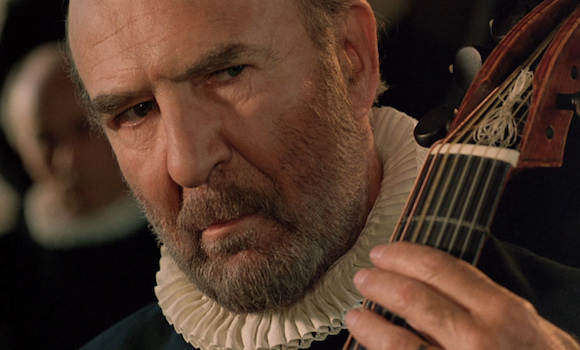 The Video:
There is no indication whether or not this AVC-encoded 1080p 1.66:1 presentation is based on a new master. Entertainment One released a US Blu-ray eight years ago, and based on some available screencaps, it seems plausible that this is the same master. Not that that's a bad thing. The image is typically vivid with saturated colors and a lifelike palette. Film grain is mostly well-resolved with some occasional shots that look they might have been digitally smoothed a bit. Sporadic film damage is noticeable, but the image is mostly clear of dirt and debris. Detail is typically excellent, even in dark scenes. Kino's bitrate is quite generous, meaning there are no noticeable encoding issues.

The Audio:
The disc offers two options: French DTS-HD MA 5.1 surround and French DTS-HD MA 2.0 (with optional English subtitles). The surround mix sounds distinctly remastered and a little more present; rather than the sound being dispersed, it remains mostly upfront (as in the 2.0) with some ambience and music in the other channels. Both options are satisfying and feature no noticeable flaws or damage.

Special Features:
Most of the bonus features from the 2006 DVD have not been carried over.

Final Thoughts:
The contentious student-mentor relationship of Tous les matins du monde explores not only the centuries-old debate about what it means for an artist to sell out, but it also poses the question about which is the essence of art: soul or proficiency? The answer isn't too hard to figure out, but the film makes for a passionate and engaging watch anyway. Highly Recommended. 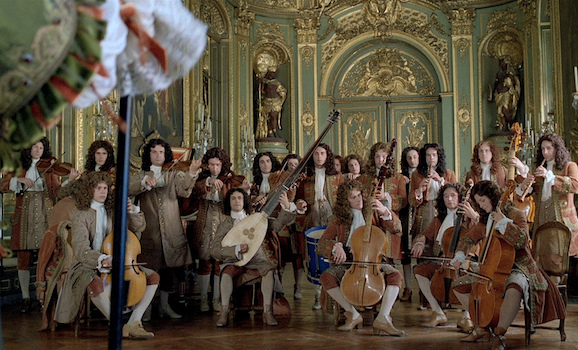