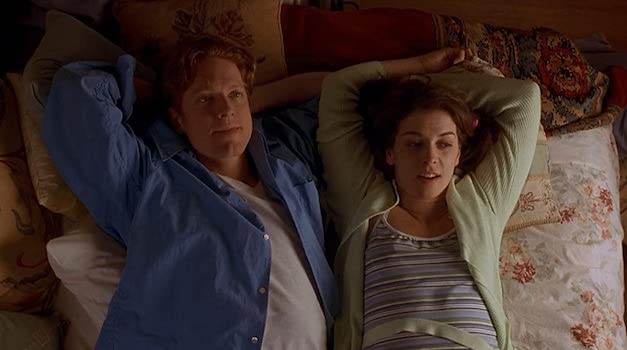 NOTE: The images accompanying this article do not represent the quality of the Blu-ray under review.

The 1997 comedy Mr. Jealousy might be the black sheep of director Noah Baumbach's filmography (not counting the improvised film Highball, from which Baumbach literally removed his name). Mr. Jealousy was snubbed by audiences, pegged as a sophomore slump by critics, and the film's auteur doesn't seem to care much for it either.

It doesn't matter. I've always had a soft spot for this flick. I remember discovering Baumbach's debut Kicking and Screaming as a VHS rental from my local video store, which spurred me to see Mr. Jealousy in an empty midwest arthouse. I spent the eight years before The Squid and the Whale thinking of Baumbach as one of the indie boom's great undiscovered gems.

Well... it turned out okay for the guy.

Rewatching Mr. Jealousy for the first time in a long time, its flaws are more apparent. The film is a bit long and sometimes a bit muddled, but it's mostly a first-rate charmer. The cast is particularly appealing, with headliners Eric Stoltz and Annabella Sciorra surrounded by a colorful ensemble of capital-C Characters.

Stoltz and Sciorra are a young couple whose potential happiness is thwarted by Stoltz's inability to forget about his new gal's exes. He becomes particularly obsessed by the one who has become a literary sensation -- something schoolteacher Stoltz would naturally want to be. The asshole writer is played by Whit Stillman regular Chris Eigeman and, while Eigeman delivers the kind of delicious self-involved-prick performance we expect, he gives his character more self-awareness and subtle perceptiveness than usual.

Stoltz makes up a fake identity to join Eigeman's group therapy sessions and spy on him. He asks friend Carlos Jacott to feed him problems that he can speak about in group sessions, so that he doesn't have to talk about himself. Eventually, Jacott finds the second-hand therapy sessions a godsend for his relationship with fiancée Marianne Jean-Baptiste (Secrets and Lies), while Stoltz just finds himself more obsessed and depressed.

The film pays heavy homage to Jules and Jim and Breathless, notably in its use of literary voice-over (spoken by Baumbach) and self-conscious jump cuts. One feels Baumbach wrestling with his cinematic models in his attempts to blend absurdly broad comedy, urbane Stillman-esque verbal humor, and some intimate drama. All of the comedy feels more surefooted than the serious stuff, with Carlos Jacott and Chris Eigeman seemingly competing for how many unexpected laughs they can inspire. (For both: a lot.) Peter Bogdanovich nicely underplays his role as the oblivious head-shrinker running the group therapy, and Bridget Fonda is touching in her few scenes as Eigeman's undervalued girlfriend.

Baumbach became a sharper writer and more accomplished director with time, but fans of his work are really missing out if they don't go back and check out this neglected effort. 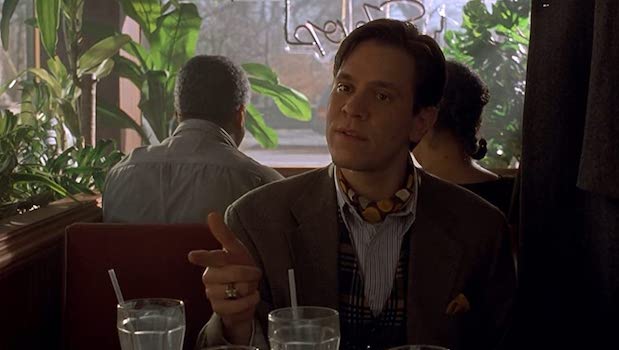 The Video:
The AVC-encoded 1080p 1.78:1 presentation is clean and stable. Colors sometimes read as a little less than vibrant, and clarity fluctuates from scene to scene. It's not bad for a catalogue HD master, but it could use a little more care and oomph.

The Audio:
The LPCM 2.0 stereo mix is well-preserved. Dialogue is clear, with some atmospherics. The music is mixture of needle drops and score by Robert Een and the band Luna. It's all well-supported and smoothly mixed. One subtitle option: English SDH.

Final Thoughts:
There are plenty of filmmakers who would kill for a "sophomore slump" film as charming and entertaining as this one. Recommended. 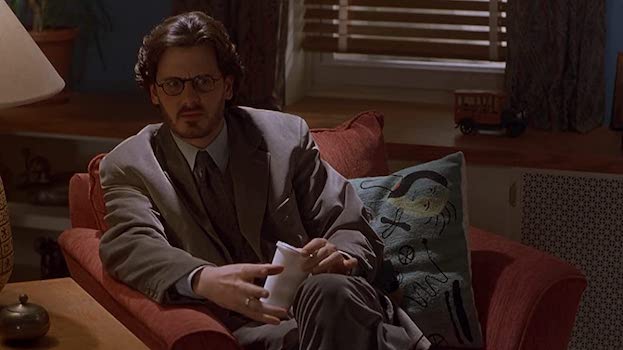