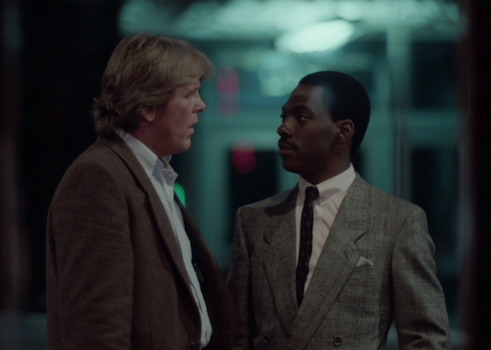 Walter Hill's comedic buddy action flick 48 Hrs. (1982) is such an archetypal example of its genre that it's hard now to parse exactly what was standard-issue and what was pioneered by Hill and his gang of credited screenwriters (including Hill's partner Larry Gross, future Die Hard writer Steven E. de Souza, and journeyman action guy Roger Spottiswoode). Surely, the funny bickering and free-floating racial epithets of Freebie and the Bean are a kind of precursor, but Hill definitely put a (relatively) harder-edged stamp on the subgenre.

The mismatched partners at the center of Hill's flick are gruff cowboy cop Jack Cates (a perfectly rumpled Nick Nolte) and wise-ass convict Reggie Hammond (a young and hungry Eddie Murphy). Jack fudges some paperwork to get Reggie out of prison for two days, on the hunch that Reggie can help Jack catch an escaped cop-killing con and his lowlife pals.

Hill doesn't give his crew of baddies much characterization besides their consistent ruthlessness and seeming bloodlust, so it's nice that he called on some members of his de facto repertory to give these guys their personality. The Warriors' James Remar is Ganz, the main heavy, and the actor pulls off a nice mix of scummy toughness and unhinged sociopath vibes. Southern Comfort's Sonny Landham is Billy Bear, a hulking Native American who would be the team's muscle, if it wasn't already pretty damn muscly already. David Patrick "Come out to play-ee-ay!" Kelly is good as Luther, a squirmy thief who is violently hassled by Ganz and our heroes with equal vigor.

Nolte and Murphy's genuinely combative chemistry is largely what makes 48 Hrs. worth watching again after all these years. Other mismatched duos have cropped up over the years but, in comparison, their edges have been sanded down and made audience-friendly. Rather than play off of racial difference in a facile way, like a tired stand-up routine, the film shows the way its main cop character weaponizes his racism to keep his would-be partner beneath him. The film's centerpiece -- where Reggie receives Jack's blessing to play police in a redneck bar -- only works because the film acknowledges the way that white cops unfairly deal with black people. Reggie clearly enjoys turning the badge around on these rednecks, presumably using tactics that have been used on him. (Of course, it's Eddie Murphy's giddy bravado and not the subtext that makes the sequence stick.)

A debate can be had whether or not Jack Cates's change of heart over the course of movie is real-world believable, and whether the film's self-awareness exonerates it from trying to score laughs off of Nick Nolte calling Eddie Murphy a "spear chucker," but this viewer appreciates the rough edges.

Annette O'Toole, as Jack's neglected girlfriend, is sadly sidelined for most of the film. No wonder she didn't return for the sequel.

Terse and tough, with a visual style that mixes grit and gloss, 48 Hrs. is a macho crowd-pleaser. 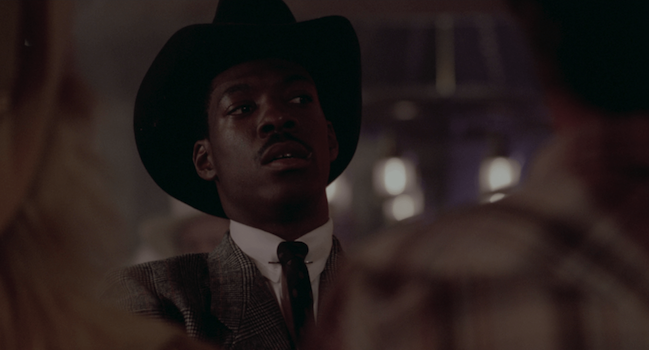 The Blu-ray
48 Hrs. is spine #19 in the Paramount Presents series. The standard keepcase has a glossy cardboard slipcover that opens to reveal the theatrical poster design. A Digital HD code is included.

The Video:
48 Hrs. was released on Blu-ray before, and the image quality was underwhelming to say the least. This new AVC-encoded 1080p 1.85:1 presentation is sourced from a new 4K restoration, and the difference is wildly obvious. In general, the image is less washed-out and features more nuance in the contrast. Excellent detail and depth, with natural, saturated colors. Film grain is well-resolved with an organic texture.

The Audio:
The main English Dolby TrueHD 5.1 surround is a pleasantly atmospheric mix, with aggressive gunfire effects at the appropriate moments. James Horner's score is full-bodied and evocative. Dialogue is clean and clear. There are three optional dubs in Dolby 2.0 (224kbps): German, French, Japanese. The main English subtitles track is oddly free with its transcription, so the English SDH is preferable and more precise. German, French, and Japanese subtitles are also offered.

Special Features:
Optional English, German, French, and Japanese subtitles are offered for all the extras.

Final Thoughts:
There's no skirting around the fact that 48 Hrs. is #problematic. However, there is just enough nuance and intelligence to its macho 12-year-old-boy-level shenanigans that it seems pointless to come down on the film with any severity. The film knows it's essentially the '80s version of a B programmer with a larger budget and a killer cast, and it's mostly just having fun. The new Blu-ray looks and sounds great, so -- hey -- feel free to have fun too. Recommended. 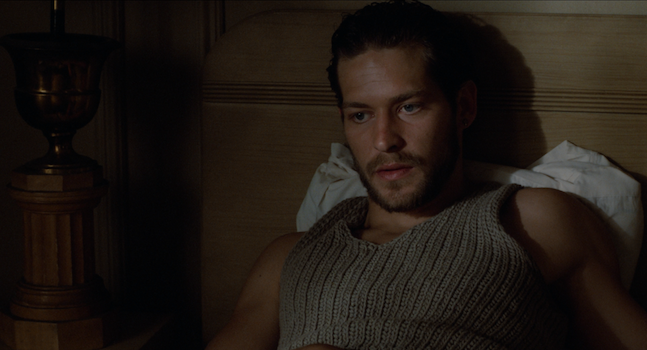