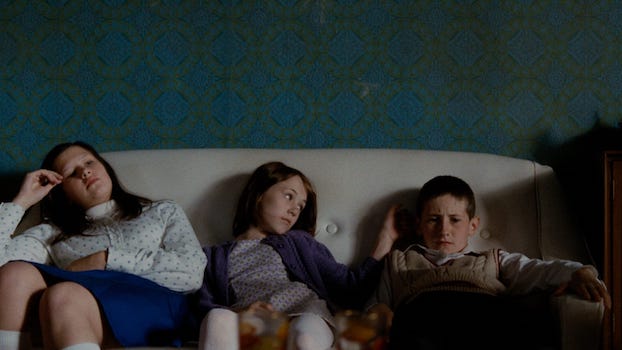 Lynne Ramsay's debut film Ratcatcher is steeped in social realist tradition, but it is more visually poetic and darkly funny than your average kitchen sink drama. Ramsay brings a bleak and rundown world to the screen, but Ratcatcher is lived-in and oddly affectionate in a way that makes the viewing experience as endearing as it is heartbreaking. Criterion Collection's new Blu-ray of the 1999 film has less desaturated-looking colors than the original DVD and prints did too (I happened to catch a repertory screening on film a few months ago so the look was fresh in my mind), which now gives the film a more natural and less pointedly downbeat aura as well.

The setting is 1970s Glasgow on a rundown council estate where life is far from precious and vermin overrun the piles of uncollected garbage (due to a collectors' strike). The film opens with two boys horse-playing near a dirty canal. Moments later, the corpse of one of the boys is recovered from the water. The film elides over exactly what happened, but we can gather that the surviving boy, James Gillespie (William Eadie), is instrumental to some degree in the boy's death. Maybe just because he did nothing when he saw his friend drowning.

James frequently chooses inaction over action. James sees a gang of older bullies throw an awkward young woman's glasses into the canal, and even though he can see where they landed, he tells the now-nearly-blind girl he can't find them. In this moment, James is quietly cruel to this young woman, Margaret Anne (Leanne Mullen), even though he likes her. The harsh world has rubbed off on him, even if he doesn't mean it. James and Margaret Anne grow quite close over the course of the film, sharing intimate moments both innocent and charged with youthful attraction. Margaret Anne is frequently used as a sexual object by the gang of bullies, but there's a cuddly playfulness to the way James and Margaret Anne interact.

One day, James takes a cue from his older sis, who is constantly hopping on buses out of the council estates -- to see friends? to go on dates? James never learns for certain -- and rides one bus to end of the line. There he discover a new housing development being built in a giant stretch of field. His family is up for housing reassignment -- could this be their new home? James turns the construction site into his own little playground, climaxing with a sequence where James rolls around in the adjoining tall grass.

Many characters dream of escape, but the film remains ambivalent about such a concept. At one point, a pet mouse belonging to James's friend Kenny (John Miller) is released into the sky at the end of a balloon, headed for the moon. The film allows a fanciful image of the mouse in space, dangling from the balloon, and sailing toward a colony of other mice on the moon. However later, when Kenny talks about his mouse on the moon, James glumly brings Kenny back to Earth and says his mouse is dead. Death is the only way many of these characters will escape their circumstances, the film suggests cynically -- but somehow gently.

Ratcatcher is sad -- gloomy, even -- but it's portrayed with such care and humanity that the lingering impression the film leaves is one of aching beauty. Lynne Ramsay has only made a few features in the ensuing years, but she consistently blends unflinching ugliness with uncommon empathy in a way that affirms her as one of the greatest filmmakers working today. Revisiting Ratcatcher reminds us that her gift was there from the start. 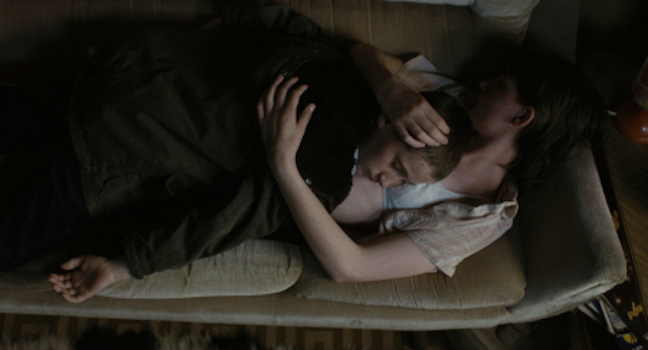 The Blu-ray
Ratcatcher is packaged with a fold-out featuring essays by Barry Jenkins and Girish Shambu.

The Video:
Sourced from a new 4K restoration overseen by director Lynne Ramsay and DP Alwin Küchler, this AVC-encoded 1080p 1.85:1 transfer is much richer than previous presentations. As I said in my main review, the image looks less gray and desaturated. In the podcast interview included in the special features, DP Alwin Küchler mentions that he shot with Tungsten film in daylight, which creates a blue hue. This Blu-ray presentation seems color corrected to give the world a more natural look, with skin tones appearing more accurate. There's noticeable film grain and a little bit of crush in the dark areas, but it's organic and highly satisfying.

The Audio:
The DTS-HD MA 2.0 stereo is not bombastic, but there's subtlety and ingenuity to the design. A lot of nuance in the ambience to help create feelings of foreboding and peace. Rachel Portman's score punctuates the proceedings well. The Glaswegian dialect can be a bit hard to parse for American ears, so the optional English SDH track is on by default. (The U.S. theatrical print had standard English subs, and I kind of wish Criterion had included an additional option of just the dialogue subtitled without the descriptions of other sounds.)

(HD upscale, 22:17) - From Criterion's DVD release. She talks about the influence of photography upon her work and the development of her style in film school. She also discusses many specific stylistic choices she made during the production of the film.


Final Thoughts:
Every time I revisit Ratcatcher, I am overwhelmed, surprised, and moved. Criterion's new Blu-ray upgrade is excellent -- perfect for new viewers and those returning to the film. It ain't cheery, but it is essential. DVD Talk Collector Series. 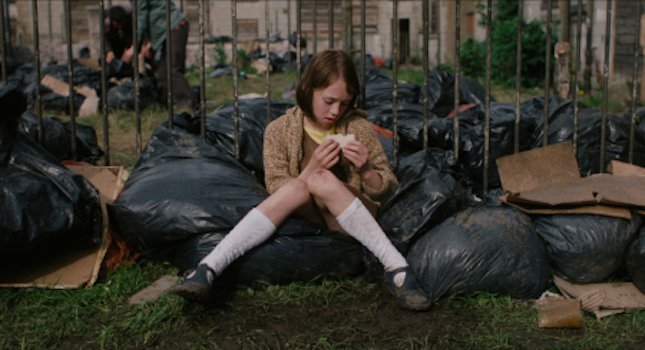